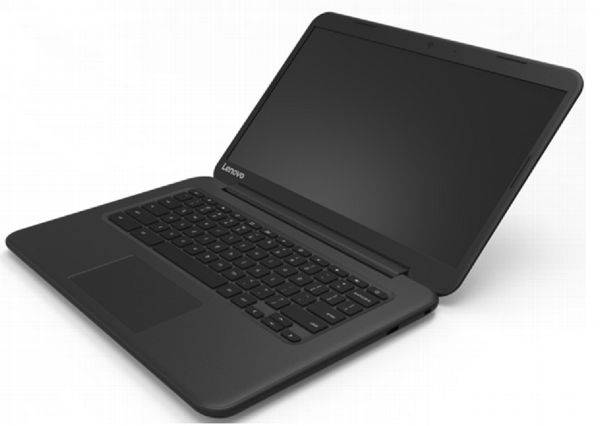 Chinese tech company Lenovo has announced a new N-series Chromebook to add to its growing Chromebook portfolio. As is the case with most laptops based on the Chrome OS, the device is said to be geared towards education and is expected to be used by K-12 students in public schools across the U.S. It’s called the Lenovo N42 and comes with ruggedized features, including reinforced ports, stronger hinges, a spill-proof keyboard and anti-peel keys, all of which give the device better protection against accidental damage. Lenovo has priced the N42 Chromebook at just $199, and it will be available for purchase from June on the company’s official website, as well as at its retail partners in the U.S. While the complete spec-sheet for the N42 still eludes us, Lenovo has revealed a few important points about the hardware on its all-new Chromebook.

The device comes with a 14-inch touchscreen display panel of unspecified resolution. It will also have 4 GB of RAM and up to 32 GB of storage, but it isn’t immediately known if the $199 model will come with that much RAM and storage or if those options will be reserved for higher-end versions of the device. However, Lenovo is expected to reveal more about the N42 once it goes up for sale this June. Either way, Lenovo’s Executive Director of North America Public Sector Sales, Mr. Rob Cato, released a statement on the occasion of the announcement of the all-new Chromebook, saying that the company is pleased with the reception its N-series products have received because of their “rugged designs and outstanding value”.

Chromebooks have been gaining in popularity over the years, and although a disproportionately large chunk of their sales still come from the public schools in the U.S., the fact still remains that they’ve been growing in an environment where PC sales have been tanking for several years. In fact, the latest report from IDC regarding global PC sales in the first quarter of this year actually revealed that Chromebook shipments managed to outsell Apple’s MacBooks for the first time during the last quarter. It remains to be seen whether Chromebooks can go beyond the education niche in the coming years, but the ability to run Android apps on those devices should definitely go a long way towards doing that for Google’s cloud-based operating platform.