Earlier today the latest report on the state of the Android app world came through from App Annie. The emphasis on this report was how Android apps and games have fared over time with App Annie bringing together their results to formulate top 10 worldwide lists which are dictated by download numbers and also by their ability to generate revenue. We have already taken a look at how the overall top 10 (non-game) apps have done. However, with App Annie noting that Games are specifically the biggest single category of apps downloaded (approximately 40%), this particular category marks the greatest possibility of attaining downloads and ultimately, revenue.

According to the results from App Annie, the number one downloaded game of all time was Subway Surfers. This was followed in second place by Candy Crush Saga and third place’s Pou. The fourth spot was taken by Temple Run 2 and Hill Climb Racing took fifth. While My Talking Tom came in at six and Despicable Me came in at seven. Heading further down the list and eighth place was occupied by Angry Birds, ninth place by Fruit Ninja and tenth by Clash of Clans. Moving on to revenue and taking the top spot was Puzzle & Dragons, which was followed by Clash of Clans in second place. Monster Strike took third while Candy Crush Saga took fourth. Game of War – Fire Age came in at fifth, Everybody’s Marble in sixth and Disney Tsum Tsum in seven. Closing out the top 10 games by revenue was Summoners War in eight, Hay Day in ninth and The World of Mystic Wiz in the tenth spot.

What is interesting about the results is that while there is some overlap between the top downloaded and top revenue like Clash of Clans and Candy Crush Saga, the overlap is quite minimal. Although, this does prove well for Clash of Clans and Candy Crush Saga as the revenue generated combined with the number of downloads highlights the worldwide popularity of both titles. What is more apparent though is the influence Japan has on the worldwide revenue figures as four of the top 10 games were not only from Japanese publishers, but also their increased levels of revenue was largely driven by the Japanese market. Although, the U.S. Finland and South Korea did make their mark on the top 10 lists as well with all the top 10 revenue games coming from one of these countries. Which does contrast nicely with the download list where the same counties (mostly fueled by Finland) only account for five of the top 10 download games. However, the biggest difference picked up by App Annie on the top downloaded and top revenue-generated games seems to be that worldwide appeal does not automatically equate to generation of revenue, with only two of the top downloaded games translating to top 10 revenue games. 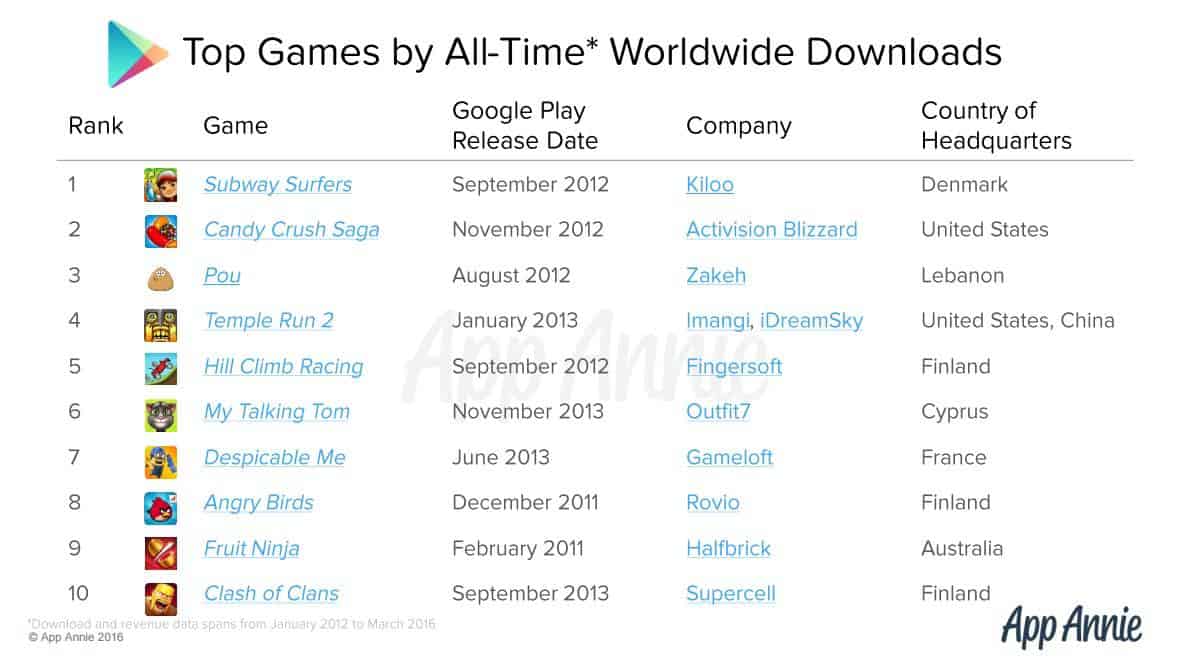 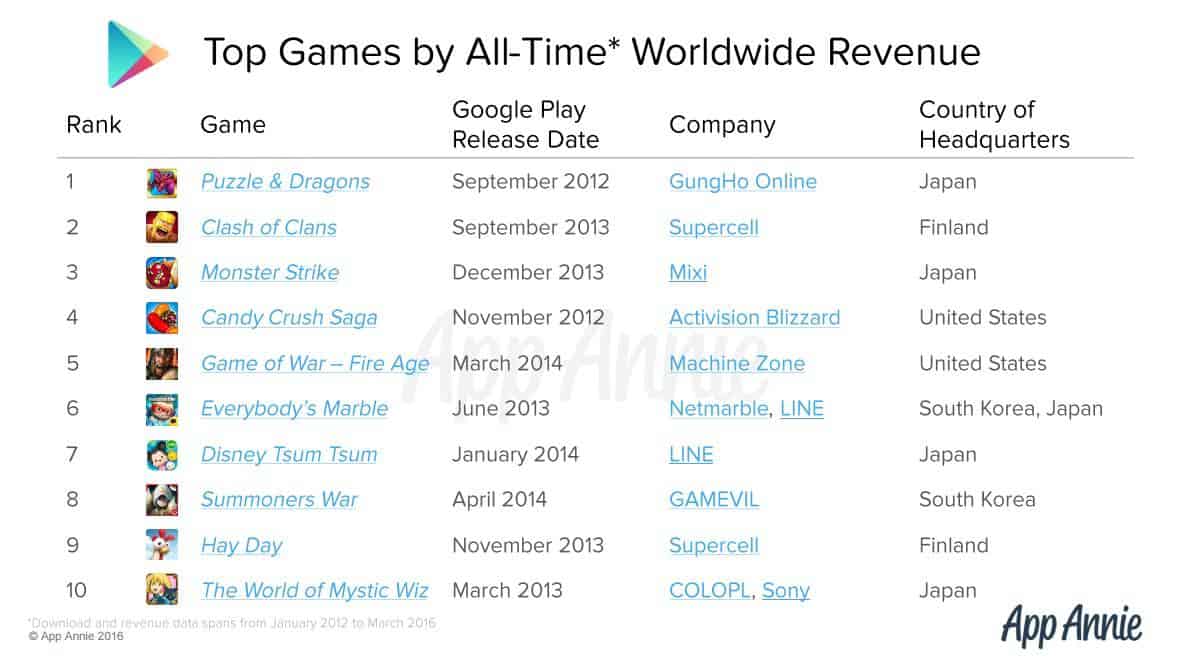