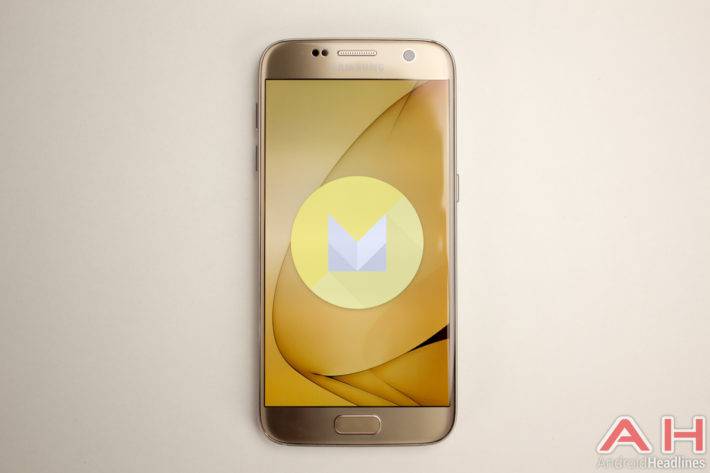 Today, the Android team has released the latest distribution figures for Android and these provide further insight to how far Marshmallow has come over the last month. In terms of those latest figures, Marshmallow has now seen its adoption rate climb to 7.5-percent. Which is a decent enough increase compared to last month’s figure which came in at 4.6-percent. While in terms of Android 5.0 (Lollipop), this particular flavor of Android continues its recent slow decline from the top, with the latest figures now showing Lollipop on 35.6-percent of devices. However, this is only a slight decrease, as last month the total for Lollipop stood at 35.8-percent. This month’s Lollipop total breaks down as 16.2-percent for Android 5.0 and 19.4-percent for Android 5.1.

Moving further back in release time and we have Android 4.4 (KitKat). Like Lollipop, KitKat is in decline overall and this continues in the latest results, with KitKat dropping down from 33.4-percent to its new total of 32.5-percent. Likewise, Android 4.1.x-4.3 (Jelly Bean) also continues its decline and marks the biggest drop in this period, down from 22.3-percent to its new 20.1-percent marker. Up next is Android 4.0.3-4.0.4 (Ice Cream Sandwich) which also sees a small decline from last month’s total of 2.2-percent to the new total of 2.0-percent. Further back still and Android 2.3.3-2.3.7 (Gingerbread) also continues a downward trend and now stands at 2.2-percent distribution, compared to its previous 2.6-percent level. Closing out the list today and along with Marshmallow as the only other OS flavor to not see a decline this month, is Android 2.2 (Froyo) – which remains static at the 0.1-percent marker. 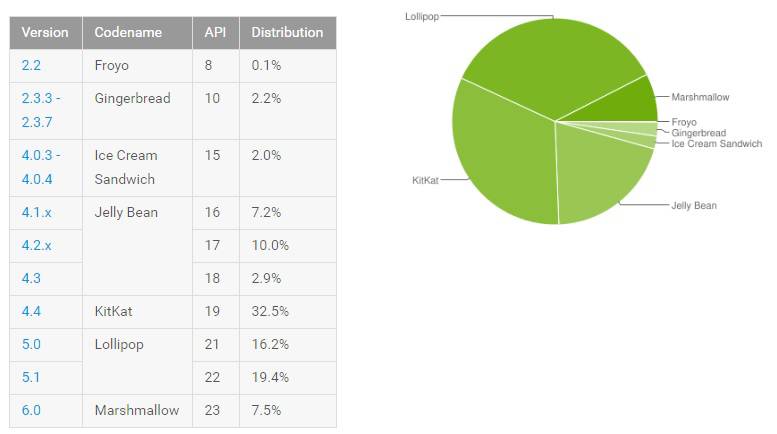