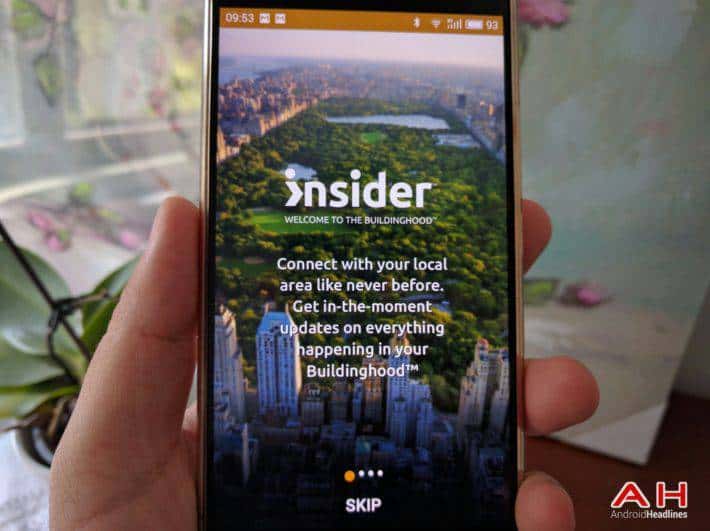 Facebook might be the best known social media network in the world, but there are tons of other such services out there, and each of them has a different purpose, in a way. Twitter, Google+, Snapchat, Pinterest, Tumblr… each of those services connect people in one way or another, and we’ve listed only a couple of examples here. Now, we’ve stumbled upon yet another app that connects people, though this service connects people that live near your location. Anyhow, let’s see what’s this all about, shall we.

The app in question is called the ‘Insider’, and this is basically a social media service for your neighborhood. It did remind us a bit of Facebook, but as already mentioned, this app / service has a rather specific purpose. The ‘Insider’ will help you connect with people nearby, read about what they’re up to, sell or give away something, help you find a good place to eat nearby and so on. Truth be said, this app’s usefulness will depend on where you live, in other words, how many people nearby use the app, though its purpose is rather interesting. Once you fire up the app, you’ll be able to log in either via your e-mail, or via Facebook, though you don’t have to do either. You can skip the login process and specify your location manually, or let the phone determine it for you via GPS.

The design of this app is quite straightforward, and you won’t have issues navigating through it. The news come your way in the form of white cards, similar to the ones you see on Facebook, and there are four tabs at your disposal in the upper portion of the screen. In addition to all this, you can get content from Instagram, Twitter, Flickr, Foursquare… and a number more sources directly to Insider, and it will be local content, of course. The ‘Insider’ is free to download and use, in case you’re interested. There are a number of promo images available in the gallery down below, just in case you’d like to check those out.