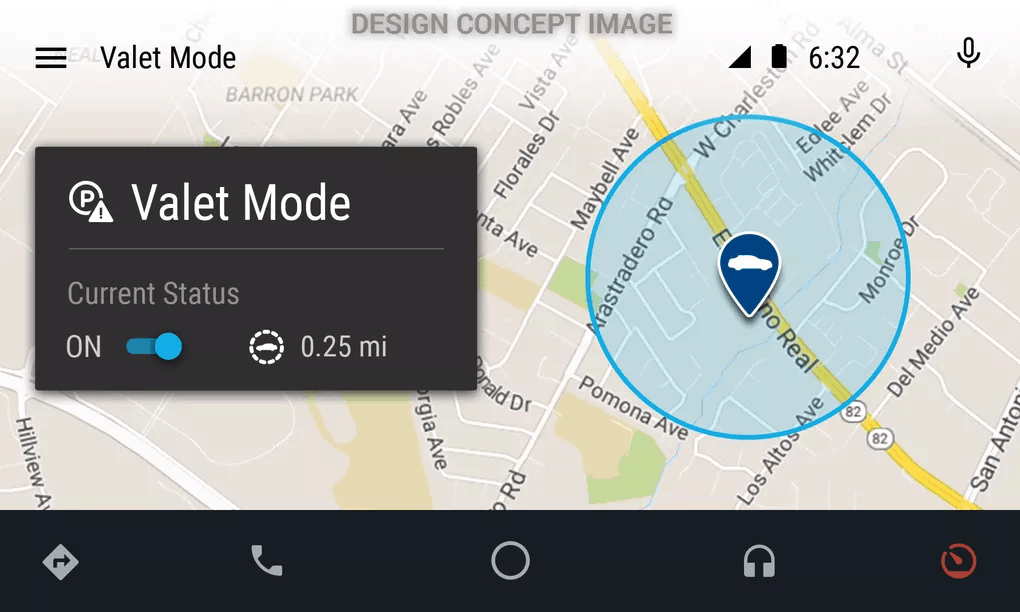 Hyundai was one of the launch partners for Android Auto when it finally hit the road last year. Now it looks like Hyundai is about to be first to roll out their own Android Auto app. The app that you see above isn't the final version, which we likely won't see during the keynote today at Google I/O either, but it's a concept of what the app will look and act like. Hyundai says they are "one of the first" with an Android Auto app. Making it safe to assume that we may see some more manufacturers doing the same thing at Google I/O 2016.

The app is said to be called 'MyHyundai' and it will be available later this year. The car maker says that the app will provide all sorts of information to you. This includes access to Hyundai's roadside assistance, a monthly vehicle report that will highlight any issues with your vehicle including how well you've been driving (remember hard brakes and hard accelerations can affect gas mileage), as well as a Valet Alert setting. This is actually a pretty cool feature, it will alert you if the valet takes your vehicle outside of the predefined boundary. There will likely be more features coming to the app before the final version is available.

Google announced Android Auto about two years ago now, with the launch of Android L at Google I/O 2014. Android Auto became available to the public last year, in a slew of cars and after-market head units. The 2015 Hyundai Sonata was the first model to feature Android Auto, Hyundai has since expanded to the Azera and Genesis. However there haven't been any public plans about the rest of their fleet for Android Auto just yet. This new app from Hyundai should make for a pretty interesting experience. Much of this information is already made available in car makers own infotainment system and/or on the dashboard. Especially things like MPG for the trip you are currently on, and issues with the car. But having it built into Android Auto makes things much simpler for drivers, as they can stick to using just Android Auto and not the car maker's own system.

Trusted By Millions
Independent, Expert Android News You Can Trust, Since 2010
Publishing More Android Than Anyone Else
36
Today
36
This Week
36
This Month
3210
This Year
104689
All Time
Advertisement