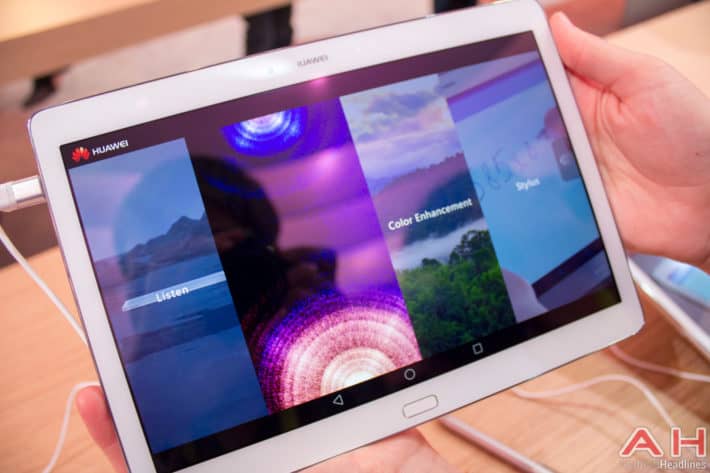 Chinese tech giant Huawei continues to make giant strides in the mobile devices industry, having displaced Xiaomi last year to become the largest smartphone vendor in the country. However, even as reams of column space have been devoted to chronicling Huawei’s success in the smartphone industry, the company has made giant strides in the tablet market as well, although, the phenomenal growth in its tablet shipments has tended to slip under the radar a bit. Either way, Huawei continues to make some of the most compelling tablets available at any price-range, and with the popularity of its tablets on the upswing at home and abroad, the company has now announced that its premium, 10.1-inch MediaPad M2 tablet is now up for grabs in the UK.

According to the press release from Huawei, the aforementioned device can now be bought from Currys PC World in the U.K. at a price of £249.99 for the base version, while the more premium edition comes with a price-tag of £329.99. Another curious thing is that while the cheaper version will be available in retail stores as well as online, the premium model will be available exclusively online, at least for now. There’s no word on whether that’s likely to change on the future, though. Either way, the device was originally announced in January this year, so the official spec-sheet has already been in the public domain for some time now.

The MediaPad M2 10 features a 10.1-inch display with a 1920×1200 resolution. The device is powered by a HiSilicon Kirin 930 chip that’s designed in-house by the Chinese tech giant. The tablet comes in two different versions, with the base variant offering 2GB of RAM and 16GB of internal storage, whereas the premium version comes with 3GB of RAM and 64GB of internal storage space. The device carries a 6,600mAh battery and runs Android 5.1 Lollipop with Huawei’s proprietary EMUI 3.1 overlay. The slate also comes with four speakers certified by Harmon Kardon, and includes an M-Pen stylus which apparently “offers 2048 levels of pressure sensitivity and high definition identification accuracy". The device also comes with a 13-megapixel primary camera and a 5-megapixel secondary camera.