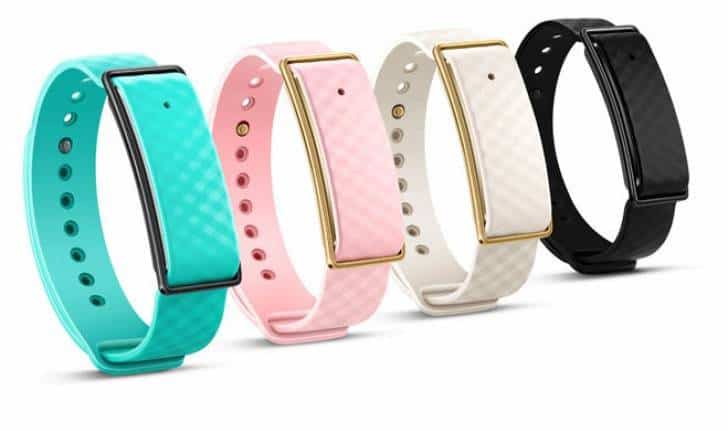 Along with the announcement of the latest Huawei Honor V8 smartphone, the Chinese consumer electronics manufacturer also presented its brand new Honor Band A1 wearable earlier today. This device is in no way aimed at the same type of people who would purchase the recently revealed Huawei TalkBand B3, as it’s a budget device in every sense of that word – it’s priced at around $15 or $30 (depending on whether you opt for a silicon or leather band) and at this moment in time it is still unclear whether it is a device which is intended to go global. Namely, the Honor Band A1 is currently available for pre-order in China where it will start selling on May 25th, but the company hasn’t made any mention of a potential worldwide release.

In any case, the wearable doesn’t look bad for its price range; it does what you would expect a fitness tracker to do and in addition to keeping track of your burnt calories, traveled distance, and other exercise-related statistics, it also has a few seemingly more advanced features. Specifically, the Honor Band A1 is with a UV sensor which measures UV radiation and can suggest suitable sunscreen for one to use and also comes with pre-installed sleep tracking software that analyzes your sleeping patterns and suggests beneficial changes to your routine. Not bad for a device that costs as much as four grande lattes at Starbucks.

All in all, the Honor Band A1 seems like a pretty nice wearable for frugal athletes and just generally outdoorsy people. Naturally, the device can also serve as a simple smartwatch as you can connect it with your phone and receive notifications from it, thanks to its Bluetooth 4.2 support. This affordable gadget should also require little getting used to as it only weighs 20 grams so you’ll probably quickly forget that it’s even strapped to your wrist. It comes with a metal body and is IP57 certified, which means that it’s waterproof and resistant to quite a bit of dust. Even though Honor Band A1 is only powered by a 70 mAh battery, it is claimed the device is capable of being on standby for up to 28 days. Of course, it’s unlikely to survive more than a couple of days of heavy usage, so it’s to be expected that its microUSB port will see quite a bit of use, as it’s not only used for data transfer but also for charging.