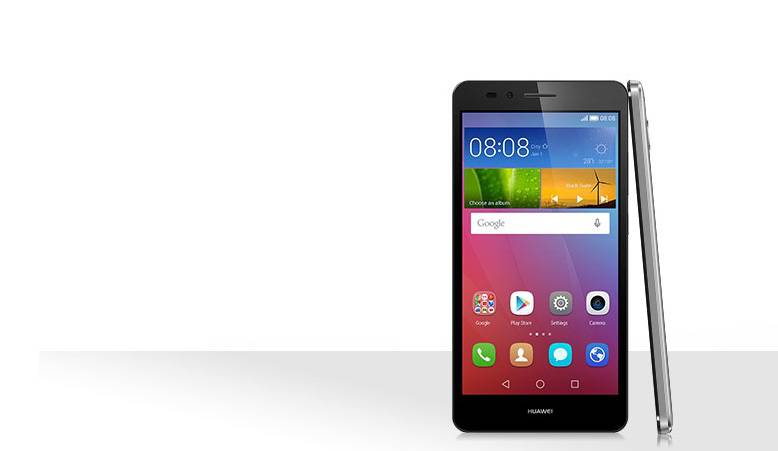 It was only a couple of weeks ago that it was reported the mid-range Huawei GR5 would be making its way to Canada via Rogers and Fido.  The device was announced in January 2016 and released in February and has the same specs as the Honor 5X. Following on from that news and it now seems as though the Huawei GR5 has arrived on Rogers' website as a 'Staff Pick' for $0 down on select two-year contracts or $375 for an outright purchase.  While not in the same class as the Huawei Nexus 6P, it follows a similar design with an all-metal alloy backing with respectable specifications and reasonable pricing.  Coming with a built-in fingerprint sensor, an octa-core processor, and a good camera, one would think they are getting a flagship-style smartphone, but at a great price.

It is your typical Huawei device – a well-designed smartphone, feature laden, with a reasonable price.  The GR5 is a mid-spec model, but you still get an all-metal aluminum/magnesium alloy body that makes it look like a more premium device.  The rear-mounted fingerprint sensor also acts as a multi-functional interactive touch sensor.  With a single tap, you can unlock the phone, take a photo, or answer a phone call, which is nice to get on a mid-range device.  The Huawei GR5 sports a 5.5-inch Full HD (FHD) IPS LCD display, with a resolution of 1920 x 1080 pixels and 401 pixels per inch (PPI).  The GR5's smart light sensor detects changes in light and its Apical Assertive Display automatically adjusts the dynamics on the display.

Huawei chose the 64-bit Qualcomm Snapdragon 616 MSM8939v2 Octa-core processor for the GR5.  It has four cores clocked at 1.2 GHz and four cores clocked at 1.5 GHz and uses an Adreno 405 GPU for its graphics performance.  It packs 2GB of DDR3 RAM and only 16GB of internal memory, although it is expandable via a microSD card.  The primary camera is 13MP with autofocus, a decent aperture of f/2.0, and LED flash.  It uses digital image stabilization, digital zoom, HDR, scene mode, and many more features.  The front facing camera (FFC) is a 5MP for shooting selfies and video chatting. The Huawei GR5 has the usual suspects – WiFi, Bluetooth 4.1, GPS, NFC, and built-in FM radio, while a 3,000 mAh non-removable battery provides the power.  It has stereo speakers mounted at the bottom of the device and includes DTS sound.  It measures 151.3 x 76.3 x 8.15 mm and weighs in at 158 grams.   Rogers is offering the GR5 with a black front and a silver back.