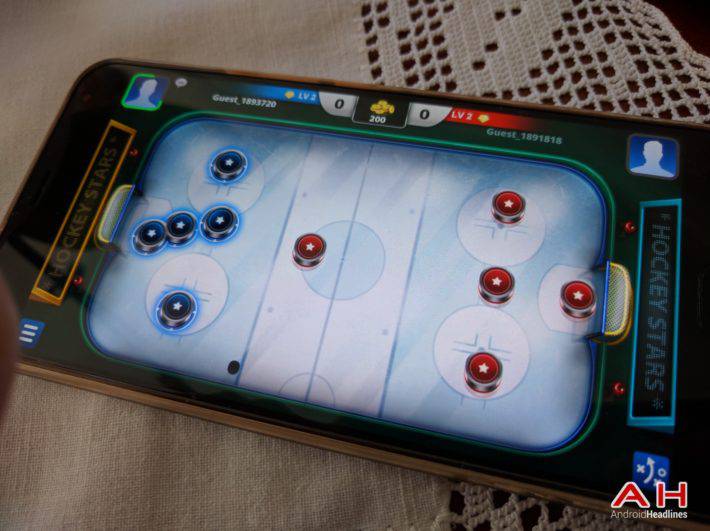 The Google Play Store is filled with interesting gaming titles these days. Google's app store grew immensely over the years, and if you look hard enough, you can find really interesting gaming titles perfectly designed for smartphones. That being said, we've stumbled upon a really addicting sports game which might appeal to those of you who are not into sports all that much, read on.

The 'Hockey Stars' is not exactly brand new game in the Google Play Store, but it hasn't been available for that long actually. As its name says, this is a Hockey-themed game, but not in the way you think. Hockey Stars is a turn-based sports game developed by Miniclip.com, and it's actually a lot of fun, it may appeal to you even if you're not into hockey and sports in general. Your goal here is to score goals and win games, while the gameplay is incredibly simple. On a turn-by-turn basis you can instruct one of your players to hit the puck, you can set the direction and strength of his movement (straight line), and see what happens. You can do this with any player on the field, no matter where the puck is, though do keep in mind that you can move only 1 player per move, so it's unwise to move your goalie away from the goal. You can adjust aim by moving the finger you're setting the strength with, or simply use any other finger to do so. Hockey Stars actually lets you set formations, and win achievements / in-game cash when you win. You can also collect team coins, as pictured in the gallery down below.

This is a multiplayer game, so you're basically playing against players from all over the world, which makes it really fun. The game also lets you play in various different cities, and you can play against your friends as well. Once you fire up the game, you'll be able to sign in with your Google Play account, Facebook account, Miniclip account or simply play as a guest. Hockeystars really has lots to offer, and considering the fact this is free (in-app purchases are present though), you have nothing to lose. Check out the gallery down below in order to see official images from the developer, and if you'd like to know more or try out Hockey Stars, click on the Google Play banner which is located below this article.