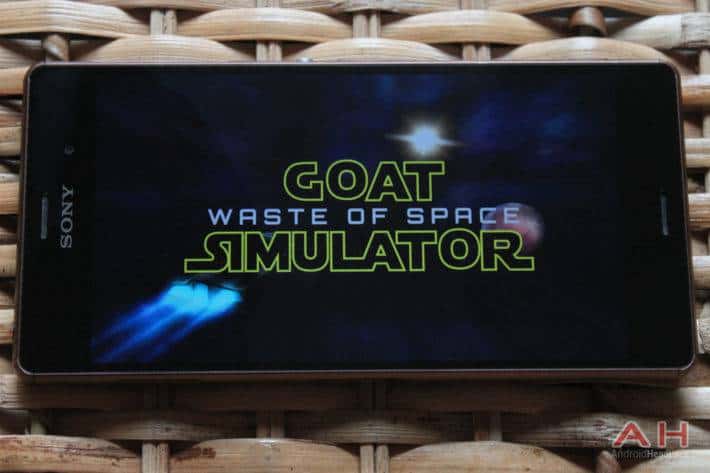 Goat Simulator is no longer just a single game with crazy antics and hilarious bugs that were left in the game on purpose. Since the initial Goat Simulator launch years ago, there have been a couple of other installments in what has kind of become a series, including Goat Simulator Goat Z, and Goat simulator MMO. Coffee Stain Studios, the development studio behind these comedic adventures, has just launched their latest game to add to the collection called Goat Simulator Waste of Space, and it's filled with just as much zany adventure and over the top jokes as you might remember.

In Goat Simulator Waste of Space, the story revolves around a yet to be completed space colony because the coffers have run dry and there is no more money to continue building it. That's where you come in. There's a crowdfunding campaign to get the people to pay for the colony's construction expenses called Crowdkicker, but people won't necessarily give up their money so easily, so it's up to you to headbutt them and take their money by force. Once you've strong-armed them into paying for everything, they'll also do all of the work so you can go about your business doing other, more important things around the galaxy.

The game also features unlockable goats that have special powers, like flinging people with your mind, but if that isn't your jam you can fly around in space and explore, as the developers note that there is endless space with this being the biggest map in Goat Simulator history. Throughout the game, you'll encounter plenty of poking fun at pop culture references like Star Wars, Star Trek, and there are even a few jokes laced in that make fun of Arnold Schwarzenegger, Donald Trump, and Stephen Hawking. If playing games for you is more about the fun and laughter than competition and conquering, Goat Simulator Waste of Space should easily be able to deliver. The game is $4.99 just like the other entries and you can currently pick it up on the Play Store as the game is now live, and if you want a glimpse at what it has to offer you can check out the trailer for the game below.