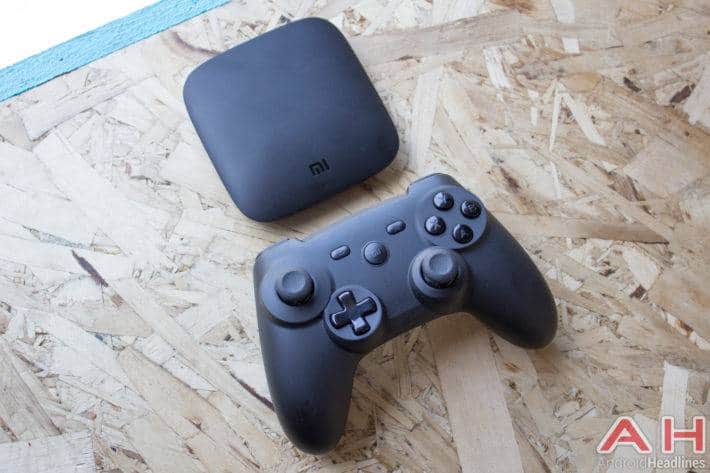 As to be expected, a number of Android TV announcements have been coming through at Google I/O 2016. However, one of the big ones was the introduction of what will be a new Android TV-powered device from Xiaomi. This is the Xiaomi Mi Box. An Android TV product which will look to directly compete with the likes of the Nexus Player, the NVIDIA SHIELD and the Razer Forge TV. Xiaomi has already confirmed that the Mi Box will be heading to the U.S. first, although pricing and availability has yet to be disclosed. However when we did meet up with Xiaomi at I/O, they did make it clear that the Mi Box will not be priced any higher than $199, which does place it in NVIDIA SHIELD territory.

In terms of the specs, the Xiaomi Mi Box will come equipped with 2GB RAM, 8GB internal storage and is powered by a quad-core ARM Cortex-A53 processor, with a Mali 450 taking care of the graphics. There are no means of additional storage on offer via microSD, although the Mi Box is equipped with a USB port and can connect to additional USB storage solutions. This is a 4K-supported device and so the Mi Box will be compatible with 4K streamed or played content, as well as offering support for High Dynamic Range (HDR) which is expected to be included with Android N, when it is released for Android TV. In terms of Audio, enhancements include support for both Dolby Digital Plus and DTS Surround Sound. While on the operating system front, Xiaomi has confirmed that the Mi Box will come running on Android 6.0 (Marshmallow) at launch and will receive Android N as an OTA update once it is released. Which does lead to the suggestion that the Mi Box will become available sometime in Q3.

Xiaomi also did confirm that as well as the main unit, the Mi Box will come packaged with its own remote control which operates over Bluetooth and does offer voice-control functionality. There is also a Mi Game Controller which will be available, although this is sold as a separate purchase. Again, placing it in direct competition with the SHIELD if it is sold at or around $200. During our time with the Xiaomi Mi Box, one of the immediately noticeable aspects is its size, which although square does feel somewhat size-comparable to the Nexus Player. In terms of the actual interface, much of what looks to be on offer is stock Android TV, with very few, if any major tweaking from Xiaomi. We were also able to take a closer look at the Bluetooth remote control and Mi Game Controller as well. On the controller front, the Mi Game controller, does look to be very similar to the Nexus Player's Gamepad and the SHIELD Controller, while the remote control is a little larger in size than both the Nexus Player remote and the SHIELD Remote. One point to note, is that it does come with dedicated volume buttons, unlike the Nexus Player remote (which has no volume control) or the SHIELD Remote (which makes use of a volume slider). You can check out a full selection of images of the Mi Box, Bluetooth remote and Mi Game Controller in the galleries below.