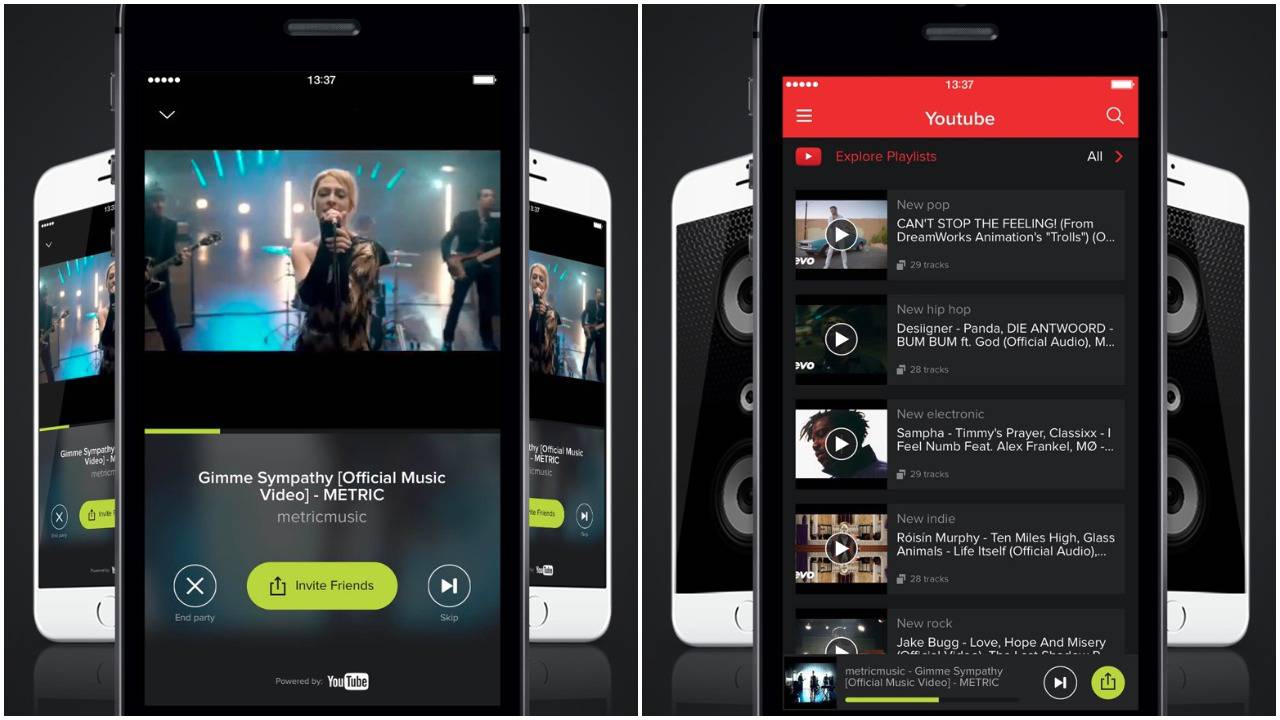 It's not everyday that an app gets updated with a huge, game-changing feature, but offbeat music app AmpMe is getting YouTube integration today. You might be wondering what's so special about an Android app gaining YouTube powers, but this is a big deal because of what AmpMe already does. It's a group music app that allows users all over the world – regardless of whether or not they're on Android or iOS – sync their listening together and enjoy the same music at the same time. For users that are a little closer together, multiple devices can be synced together to make a louder and more detailed sound using the AmpMe app and today, it's getting YouTube integration. Which means that all of the same music that's available on YouTube, will be available on AmpMe.

A Canadian firm, AmpMe recently raised $8 Million US in a Series A funding round, and it has now been downloaded over 2 Million times across Android and iOS. This new YouTube integration goes beyond just allowing users to sync their devices together as it will allow those flying solo access to curated playlists of their favorite artists and so on. A relatively new app, having launched just last September, AmpMe has a similar style and feel to that of Spotify which should make it feel familiar to new users, regardless of whether or not they've used the app before.

In practice, AmpMe requires there to be one "host" to a party of connected devices, and others can join them or decide to go their own way. Once a host has been established, they will have ultimate control over everything that is played and connected devices will start to hear what the host has chosen. The idea being that devices in close proximity with each other will come together to make an overall more pleasing sound. The AmpMe app works on phones connected to Bluetooth speakers as well as tablets, giving users a lot of flexibility in how they AmpMe party is going to sound. There's a short video below introducing AmpMe and there's also a link to the Play Store for Android users to download the app.