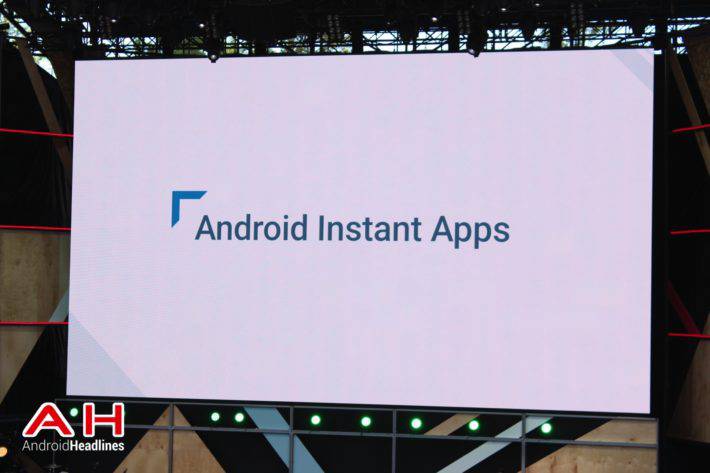 Google has, over the many years it’s been a user-facing company, been known for a great many different things. Google means something different to people all over the world. For iOS users Google is perhaps an email provider, a search engine, or an app publisher. For Android users and developers, Google is so much more than that, but regardless of who you are and what you’re doing, you’ll know that Google is now all about apps and still all about the Internet and for Android users, Google is bringing these two focuses together in a massive way that could be a legitimate game changer. Google is calling this Android Instant Apps.

We’ve heard of instant apps before, but today, during Google I/O 2016, Google had a lot to share and show off. While there’s a lot of fancy work going on behind the reasons, the end product will simply see users tapping on a link that – as used in the I/O demo – heads to the Buzzfeed Video app for Android, and it will load without needing to be installed. How this works is through a clever combination of what Google is calling “modules” which essentially sees a developer separating parts of their app into small pieces and then uploading them to Google Play individually. In the moment, the Play Store only downloads and then runs the required code for that certain thing. The other example was a B&H Photo listing which the user tapped and opened in the app, without even installing the app.

During the Keynote, Google demoed this on a device running KitKat, which was obvious to astute viewers and members of the audience, but Google weren’t having an update problem. This is because Android Instant Apps will be compatible all the way back down to Android 4.1 Jelly Bean. This was chosen to make it worthwhile for developers to take the time to modularize their app and spend the time on Android Instant Apps. Google says this will take a long time to be available to the public, and it’s already been worked on for a long, long time, but they’re confident it’ll be worthwhile. Developers won’t need to make a new app, it’s all the same sort of code, it’s just a matter of how it’s packaged and then delivered to the end user.