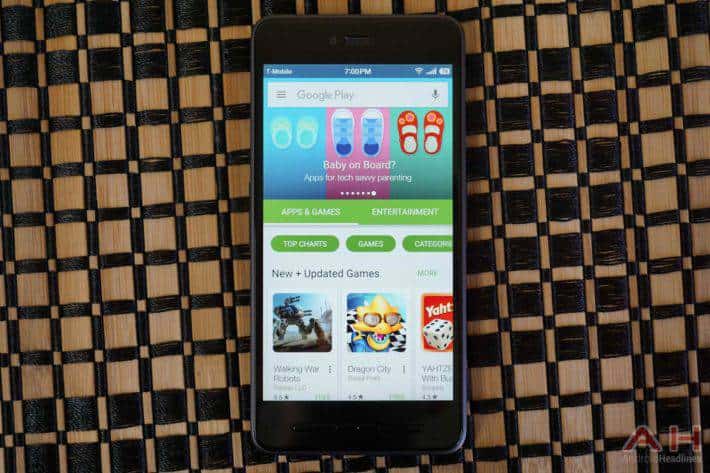 Google announced some impressive numbers, to open their annual developer conference, Google I/O. Among other things, the company  revealed that in the last 12 months, users have downloaded over 65 billion apps from the Google Play Store alone. While Google hasn’t talked about the specifics, we can safely presume that there are couple of apps like WhatsApp, Facebook Messenger, and Hangouts which are responsible for a significant part of that number as they have been boasting about passing one billion downloads for quite some time. The 65 billion figure represents a 30 percent increase in comparison to 2014 when Google Play Store recorded around 50 billion app downloads.

Google also hasn’t went into great detail about the latest Android adoption figures after revealing that its OS is used in over 1.4 billion devices worldwide last fall. Naturally, this prompted some online speculation about the Android adoption rate slowing down, but there’s nothing else to suggest that. On a more positive note, in addition to talking about Google’s new VR platform Daydream, Android VP of engineering Dave Burke also revealed some rather impressive numbers pertaining to Android services. More specifically, Burke boasted about the fact that to this date, users have bought “millions” of Android TVs, and various manufacturers have made over a hundred units of Android Auto-powered stereos. Regarding the latter, the VP of Android engineering expects a hundred more will be coming by the end of the year. Last but not least, Burke also mentioned that the company’s smartwatch OS has now been adopted by over a dozen of brands including some rather luxurious ones such as Tag Heuer which recently released its $1500 model Tag Heuer Connected.

Futhermore, Google also revealed Play Store now has over a billion monthly users and is therefore “the largest app distribution platform” on the planet. As Google is keen on growing its user base, it has also announced some new Play Store developer features. Among other things, the Google Play search results will now also display open beta tests, Google will soon roll out a simple early access program for what it deems as “promising apps”, and app reviews on the store will get more detailed. It remains to be seen how will these changes reflect on the Play Store usage figures next year.