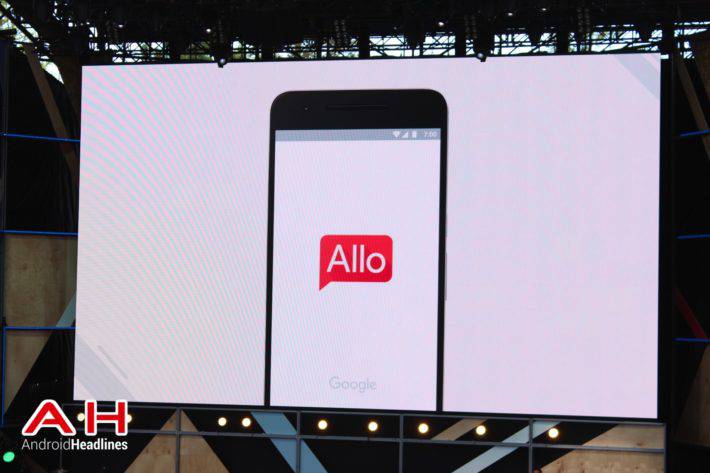 Google I/O 2016 has officially started now with the keynote presentation well underway. Already Google has looked to show off what will be coming in the near future with the introduction of a richer Google-search and Now experience through the Google Assistant. Following which, Google also introduced their new connected master device for the home, Google Home, which again draws on the knowledge of Google to provide a more knowledge-based level of connectivity at home. Speaking of which, Google has also now introduced a new messenger app which draws on that same information. One which has now been introduced as “Allo.”

While there are plenty of messaging apps already available, Allo looks to be a little different as it is one which makes use of a more AI-based system. The underlying machine learning is designed to offer much more of an intuitive and intelligent messaging app experience. So while you can send a message already through Hangouts, Allo is deeply synced with the new Google Assistant and Google in general. In short, as well as sending messages, you can also buy things, plan events or makes call, and all through the app. To give you a real-life example, as well sending a message suggesting a restaurant to go to tonight, Allo will also be able to highlight reviews for the restaurant and even book the restaurant and all within the chat parameters and with all the information available to all participating chat members.

While this is a service that Google has announced today, it is one which still seems to be in the development stages, as it is not expected to arrive on Android until later in the summer. Likely, when the final release of Android N also becomes available. While it is entering into a market which is already full of competing messaging apps, it seems Google will look to make the actual ability to harness Google’s vast knowledge base as its driving force and main differentiating feature. A chat app which is not just brought to you by Google (like Hangouts), but one which is essentially fueled by Google. It will also be an app which looks to place a greater emphasis on security and privacy with the implementation of end-to-end encryption, private chats, discreet notifications and chats that expire after a certain length of time. Security features which will easily be able to be turned on and off by making use of the app’s incognito mode. The new Allo app will even allow you to directly chat with the app, again drawing on Google’s knowledge to engage and provide answers.