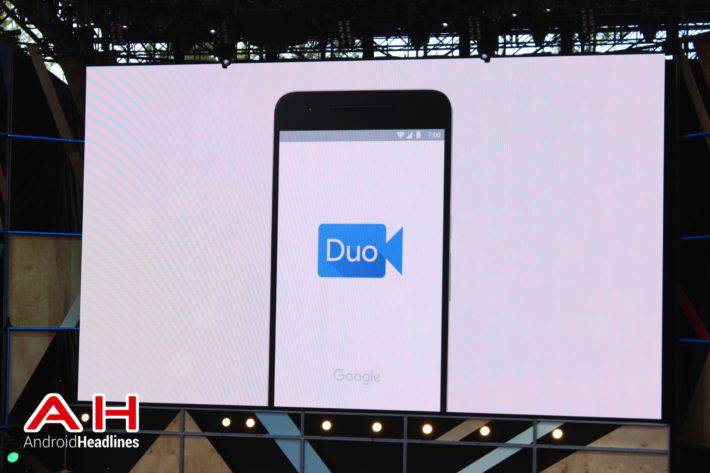 Google I/O 2016 has gotten started, and there's a lot they've already announced so far, including the Google Assistant, Google Home, Allo and now Duo. Where Allo is a slick, cool new messaging app for both people and chat bots, Duo is a simple yet powerful one-to-one video calling app built on slick new web technologies. It was developed by the same team that was responsible for WebRTC, and it's end-to-end encrypted as well as designed for mobile and low-speed connections as well.

Duo is designed to be as simple as possible, which is why it only allows for one device to connect to just one other device. While a group can connect to another group of people, they will need to do so using two phones between them. The idea behind this is that keeping things simple allows users to keep things fast, too. Built using a new, custom platform dubbed "QUIC", Duo is lightweight and able to make and answer calls in a matter of seconds. For those that are using those aforementioned slower networks, Google says that they took this into account, and Duo will "gracefully" degrade when you don't have enough bandwidth to look your best. Then, when you do find some better speeds, it automatically and seamlessly transfers on to a WiFi network without dropping your call or letting on to the other person that anything at all has changed.

Like Allo, Duo isn't launching until later this summer, and while it doesn't look like either of the two apps are replacing Google Hangouts, the lack of any mention onstage could spell the end for Hangouts. Either way, Duo has a clearly different purpose and is designed to be as simple as making a phone call has been for the last few decades, while also being encrypted, quick and stable. While Allo is as simple or as complicated as you what to make it, Duo is simple to the point of blissfully-simple for all ages and technical abilities. Those looking for more information can take a look at the quick video from Google down below, as well as some images from the Google I/O Shoreline stage where everything has been announced today.