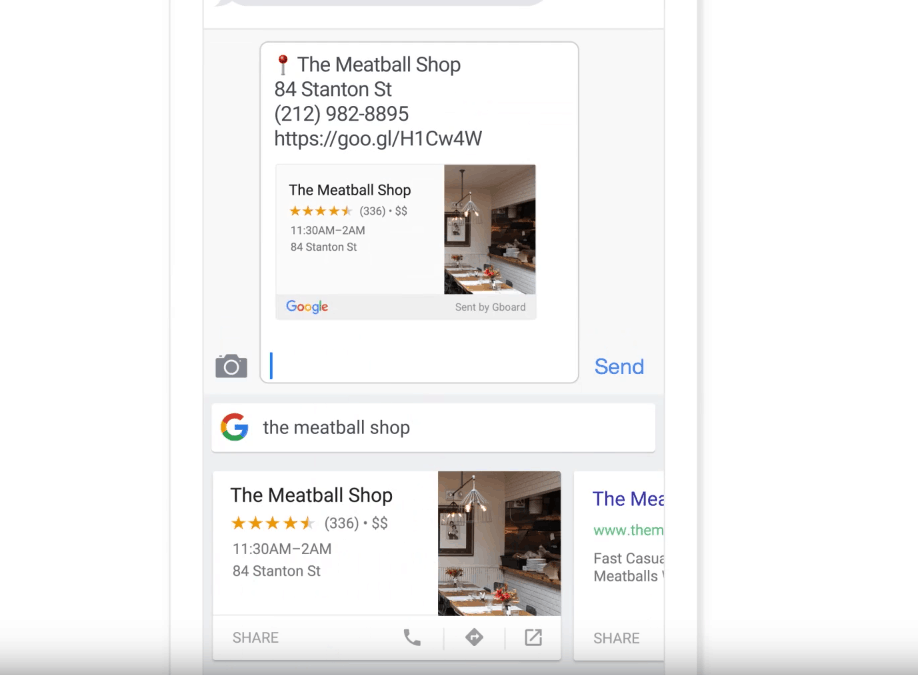 On Thursday, Google debuted a new keyboard for for iOS called Gboard. It's a pretty simple keyboard, really. The main difference between the stock keyboard and this is that it has Google Search built right in. Take a moment and think about how awesome that feature would be. How many times have you left an app to search for something (maybe an address or tracking number), then went back to that app to paste in the information you found when searching? Probably quite often. Now Google has put that into your keyboard with Gboard. Search results appear where your keys normally would be, and by putting it in the keyboard, it'll work in every single app on your smartphone. Like most developers, Google chose to bring it to iOS first. But it won't be exclusive to iOS for long. It appears that the team is working on bringing the functionality over to Android now.

A Googler replied to a user asking why this functionality isn't on Android, and she stated that the team is "working on the best way to bring the same functionality to Android right now!" So there's no time frame on when exactly this functionality will be available on Android, but the team is working on it. Hopefully, before you know it, you'll be able to search for things like addresses, GIFs and so much more from your keyboard. There's a few other nifty features included in Gboard too. Google also has emoji autocorrect in this keyboard, which is similar to what SwiftKey has had in their keyboard for quite a while now. Also when you tap on a results card, the text is then automatically copied to your clipboard, making it easier to send the information to the person you are texting or emailing.

While we aren't 100% sure how Google is going to implement this feature, it'll likely be done with the existing Google Keyboard app which is already on the Play Store. Now the great thing about doing it that way is that you won't need to wait for your carrier or device manufacturer to push out an OTA that supports this feature. Much like you did with Google Now (debuted in Jelly Bean) and Google Now on Tap (debuted in Marshmallow). If you do own an iPhone or iPad, you can check out the Gboard keyboard app over on the Apple App Store.