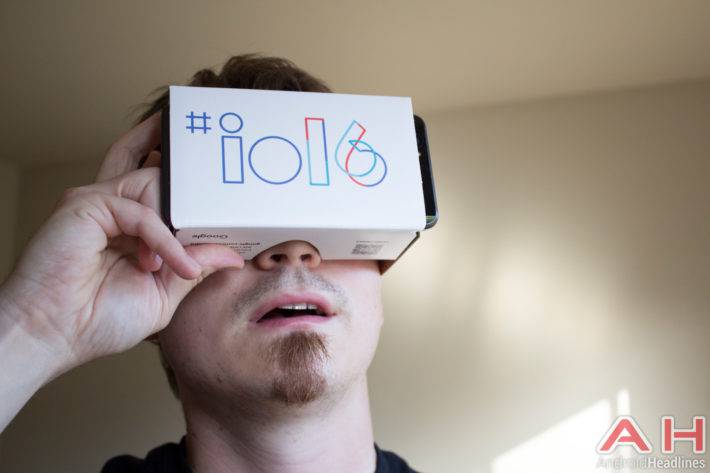 After a some inexpensive dabbling into virtual reality technology with projects such as Google Cardboard, the California-based tech giant is now getting really serious about VR. We'll find out exactly how serious during this week's Google I/O conference which just started in Mountain View's Shoreline Amphitheater a couple of hours ago, but the first news seems promising. For starters, Google has announced its VR platform Daydream but has also revealed a brand new hardware certification program which will be giving out the "VR-ready" title to phones which meet Google's requirements. The first device certified by this program will be the last year's Google Nexus 6P phablet made by Huawei.

Android N devices certified as VR-ready by Google will be able to utilize the OS's new low-latency VR Mode which should raise the overall experience of using a VR headset to a higher level by drawing required pixels on the screen faster than before.  Google is putting a lot of hope into its new VR certification program and will start sending its requirements to all relevant OEMs by the end of the day. While the exact list of these requirements is still unknown at the moment, Google has confirmed that AMOLED displays are a must. In fact, that's one of the program's top requirements and is basically the main reason Google's very own Nexus 5X isn't eligible for the company's demanding certification. Display type isn't something the tech giant is keen on compromising on because, as Android VP of Engineering, Dave Burke explained, AMOLEDs have significantly faster pixel response time which translates to less blur and, consequently, less chance of a motion sickness or an otherwise unpleasant user experience. Pixel response time is especially important for Android VR creations as Android displays still have a significantly lower refresh time than a high-end dedicated VR headset like HTC Vive and Oculus Rift which display action at 90 Hz in comparison to Android's 60.

Of course, the aforementioned certification program and the Daydream platform are just the beginning of Google's increasingly aggressive VR endeavors. Google started laying the groundwork for some quality VR, but it's up to developers to utilize these novelties by pumping out a bunch of cool virtual reality apps, and it's up to OEMs to make some great phones which Google will deem VR-worthy. In any case, it's going to be an exciting year for VR aficionados and bleeding edge technology enthusiasts in general.