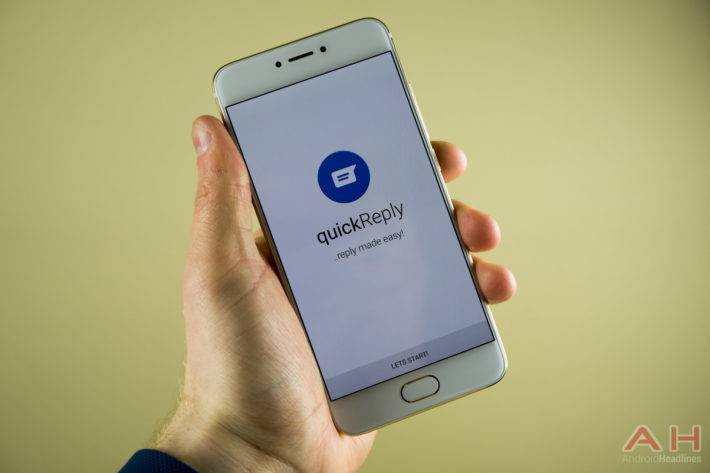 Android N is the next version of Android, well that's no surprise, but we do already have the developer preview – in fact we should be seeing the third one coming in the next few days. Android N brings all sorts of new features to Android, of course the big one is multi-window, but another popular feature is the Quick Reply API that can be used in many apps. Before Android N, you would get a notification from a messaging app like Hangouts, WhatsApp or another service, and you would need to open the app to reply. But with Quick Reply, you can do so directly from the notification. Something that third-party text message apps have been doing for years. It's finally coming as a native feature to Android.

There's just one problem. Android N isn't going to be hitting the masses anytime soon. Sure it'll be available for Nexus devices in the next few months. But those that own the Galaxy S7, or the LG G5, or the HTC 10, aren't going to see it for probably a year or so. Luckily there is an app available that will emulate this feature. It's named 'quickReply' and works on Android Lollipop and higher.

quickReply will show you notifications for supported apps, and you have a few options here. Like the ability to send quick replies, as well as Mark as Read for apps that support that feature. You also get the famous Chat Heads feature. So you can quickly send a message to someone without needing to open the app. It works the same as Facebook Messenger's Chat Heads which have been around for a few years now. As far as supported apps go, we have Hangouts, WhatsApp, Telegram, Threema, Skype, Line, WeChat, Kik, EvolveSMS, YAATA, Textra, ChompSMS and Handcent SMS. There will likely be more coming in the near future.

What's so great about this app is that you don't need root to use it. So you can just simply install quickReply and get Quick Reply settings and features for a variety of apps. And once you've started using it, it's hard to go back to not having Quick Reply features.