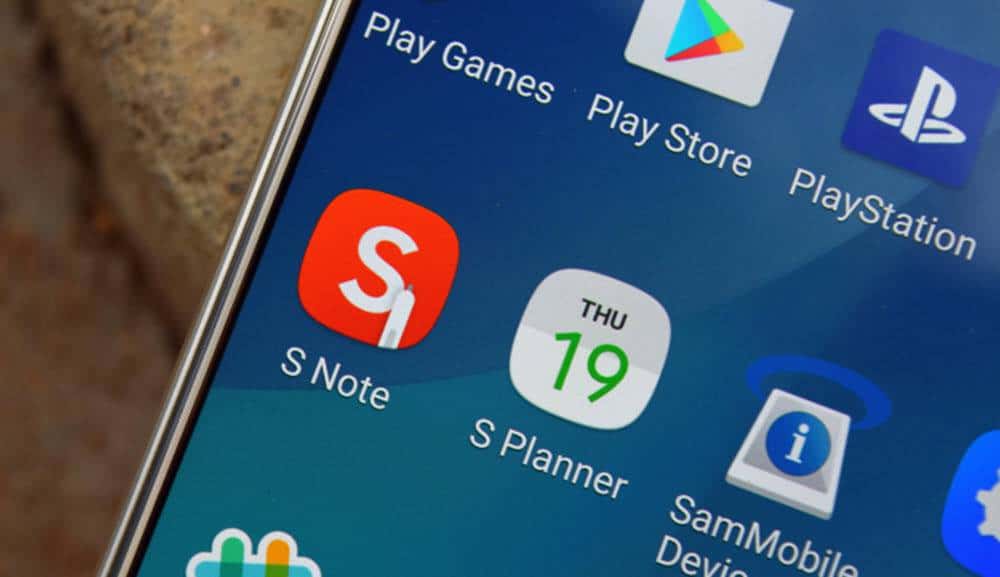 Many people view the Samsung Galaxy S7 series as Samsung's flagship device, but you would get an argument from those that use the Samsung Galaxy Note series.  The original Galaxy Note was introduced in October 2011 and each fall after that, a new edition was released.  Samsung has carefully honed each new model with the best features and has concentrated on the Galaxy Note's main appeal – its S-Pen functionality – and the new Galaxy Note 6 is no exception. One of the most popular apps on the Note series is the S-Note, which encourages the user to pull out the S-Pen to take a quick note, doodle, or write down something you need to memorize.  Samsung is working on even more features for its Galaxy Note 6 version.

We are not sure if the new S-Note functions will be on the Galaxy Note 6 device, arrive as a separate update, or if they will have to be downloaded from the Google Play Store.  Regardless, there will be a few new and useful features in the updated version of S-Note.  The Galaxy Note 5 introduced the 'Screen off memo,' which allowed Note users to pull out their S-Pen and begin to take a note even with the device locked.  The new update will take that process a step further by allowing the user to scroll down to add even more content to their S-Note.  The user will now be able to secure their S-Note by using their fingerprint – this will keep others from peeking at your private notes.  This feature requires that you first lock your device via a pattern, PIN, or password.  If you opt not to lock your device, you will have to use a regular password to secure your notes.  You will also be able to import notes from other apps, and you will now have a recycle bin so you can retrieve deleted notes.

Another 'note' worthy feature is that Samsung has made its S-Note available in the Google Play Store, and you do not need a Samsung device to run the application – of course, you will not have all of the S-Pen features available.  The other caveat is that your device must have Android 6.0 Marshmallow to access the app and even then, it may not work with your device. An HTC 10 owner had no issues with it, but an LG G4 owner had difficulties with it crashing – either Samsung did not optimize it for other devices or possibly it does not play nice with upgraded versions of Marshmallow.  Adding S-Note to the Play Store is another way that Samsung can more quickly push out future upgrades to users.