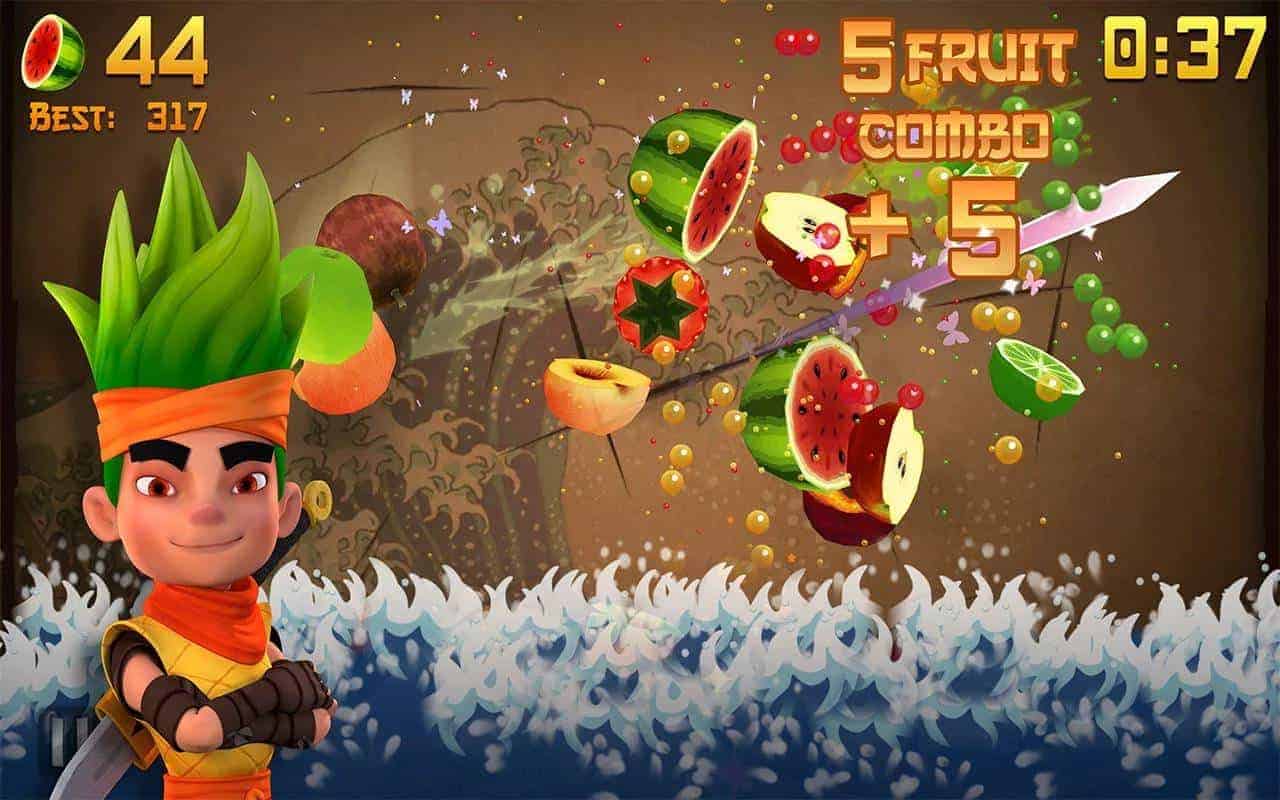 With the Angry Birds Movie topping the box office right now despite garnering iffy reviews from the likes of Rotten Tomatoes and Metacritic, it's safe to say it's at least somewhat of a success. This comes as a Tetris movie is in the works, with a budget around $80 million. Clearly, Hollywood can make a movie out of just about anything. For its next target, Hollywood is heading back to the mobile gaming space. Rather than picking up something that could easily be adapted, like the story-rich RPGs put out by KEMCO, the next mobile game to make the jump to the silver screen is set to be Fruit Ninja.

Massively popular in its heyday and still fairly so, Fruit Ninja's basic and frantic gameplay is easy to pick up and extremely difficult to master, even lending itself to a full-body adaption on Microsoft's Xbox 360 via Kinect and a sequel on the Xbox One. Netting over one billion total downloads, the game may not be the ripest for the insertion of a storyline, but the audience is clearly there. The movie is set to be a live-action affair, fit for the whole family and falling squarely into the comedy genre. Tripp Vinson, under Vinson Films, will be picking up the movie. The script will come courtesy of J.P. Lavin and Chad Damiani, who wrote the script for the upcoming How to Survive a Garden Gnome Attack. Sam White and Tara Farney are set to be on board as executive producers.

While there are many who will decry this as an example of Hollywood going too far, the existence and relative commercial success of titles like The Lego Movie and the fact that there are movies in the works based on Five Nights At Freddy's and Warcraft prove that Hollywood is nothing if not crafty with adaptations. Thus far, no release date or other major details about the movie have been revealed. This means that the movie could shape up to be just about anything. Billed as a family-friendly live-action comedy romp, it's likely to turn out much like the game; campy, simple and inexplicably driving.