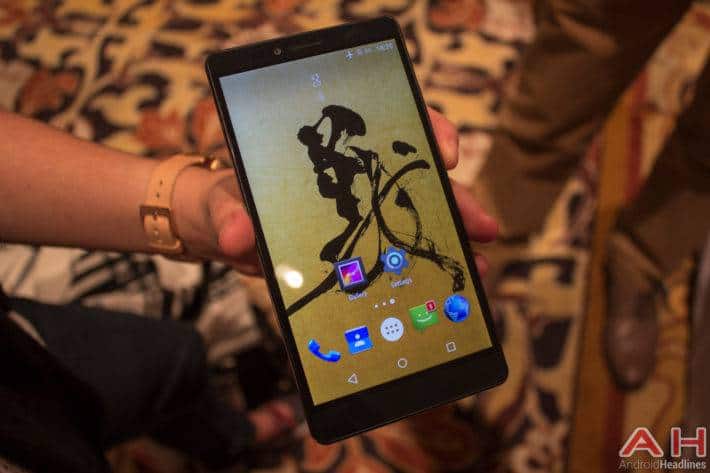 With 2016 almost half way through now, there has been plenty of device announcements coming through. However, much closer to the start of the year and during CES 2016, FREETEL announced the introduction of a couple of their new handsets including the FREETEL Kiwami. Today FREETEL has confirmed that the Kiwami, along with the more budget-friendly Priori 3 are both now available to pre-order in the U.S and will begin shipping next month. As well as also confirming that the Musashi will be become available later in the summer.

In terms of the more flagship of the two devices, the FREETEL Kiwami comes equipped with a 6-inch IPS display which sports a 2560 x 1440 resolution. Inside the Kiwami is loaded with 3GB RAM and comes powered by a MediaTek Octa-core processor. Cameras on offer include a 21-megapixel rear camera which is coupled with an 8-megapixel front-facing camera. Storage is set at 32GB for internal storage, although this handset does offer means for expansion thanks to the including of a microSD card slot. Additional features include fast charging technology, a 3,400 mAh battery, a fingerprint scanner and Android 5.1 (Lollipop) out of the box. In terms of this particular handset, FREETEL has confirmed that the Kiwami will work on GSM networks and carriers in the U.S. including T-Mobile, AT&T, Cricket Wireless, Metro PCS, among others. This is handset which will be priced at $389 when it becomes available in the U.S. and Canada. However, those who pre-order the device now can save a little. as it is currently available to pre-order for only $350.

Moving on and for those looking for a much more entry-level handset, FREETEL is also offering up the a Priori 3. This is a handset which comes equipped with a 4.5-inch FWVGA display. Inside the Priori 3 is equipped with 1GB RAM, 8GB storage and comes powered by a MediaTek (MTK6735P) Quad-core processor. While in terms of cameras, the Priori 3 comes equipped with an 8-megapixel rear camera, which is coupled with a 2-megapixel front-facing camera. The best part about the Priori 3 is that it is due to hit the market at only 99.99. Although, FREETEL is currently offering those who pre-order the option to save an additional $10 and only pay $89.99 for the handset. Once again, FREETEL confirms that the Priori 3 is compatible with GSM networks and carriers including T-Mobile, AT&T, Cricket Wireless, Metro PCS, among others.

Pre-order FREETEL Kiwami Pre-order the FREETEL Priori 3
Advertisement
Trusted By Millions
Independent, Expert Android News You Can Trust, Since 2010
Publishing More Android Than Anyone Else
13
Today
13
This Week
14
This Month
4779
This Year
106256
All Time
Advertisement