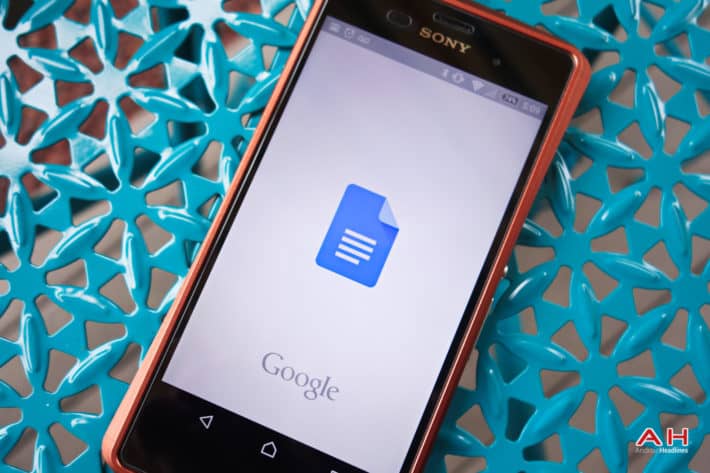 It might not be Wednesday, but that doesn't mean Google can't update their applications like the rest of the developers out there. Today, Google has announced an update that they're beginning to send out to their Docs, Sheets, and Slides apps that introduces a single change, but is one that is likely to end up being a key component in the improved user experience going forward. Today's update makes access to these apps easier while using them offline. More specifically, Google has made it so that opening files from each of these applications is easier from a mobile device while offline, so whether you're in transit and on the way to work or just out and about and needing to check on something, the process should be simpler than before.

In regards to what's new once these three apps have been updated, recently opened files will download to your device for use offline automatically, this way you can access them without an internet connection and you won't have to worry about forgetting to grab them before you may end up needing them. Naturally, some users will not want to have automatic downloads of any of their files, and may want to continue having control over what ends up synced to their device for offline use, and they still can. While the automatic downloads feature doesn't appear to be one that you can actually disable, you can simply remove files from your device manually by going into the overflow menu and tapping on "offline" to see the list of files that have been synced. Additionally, Google states that as files become older or you begin to run out of storage on the device, they'll automatically remove the sync of older files.

Although this is likely to be most useful for people who forget to make files available offline for later on, it should go without saying that it will also come in handy for those individuals who are in the middle of working on files and lose their internet connection during the process. If the automatic downloads feature is enabled, the file will be synced to your device and made available for offline use once you open it, and like all offline mode use, changes are updated once your device is reconnected to the internet. Google mentions that the update will gradually be rolling out to users over the next three days, but if you want to get a hold of the updates sooner than that, you can grab the apk files for Docs and Sheets below.