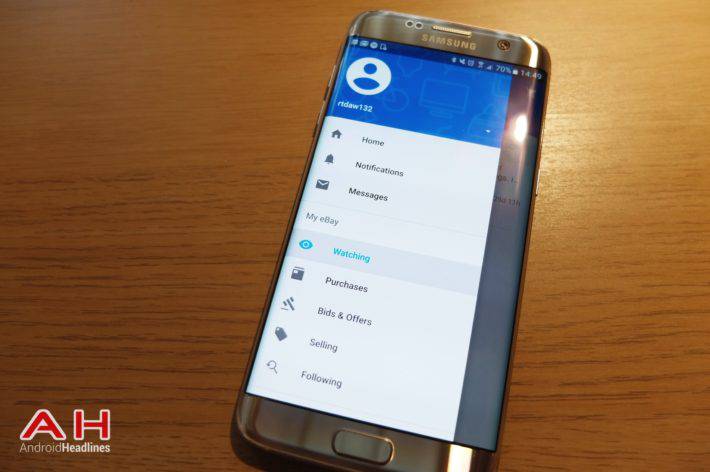 There are lots of different types of apps out there, but for a lot of us our most used apps are more than likely portals into other online services such as our email, Twitter, Facebook and so on. For those that like to grab a decent deal, move some unwanted items on for a little extra cash and so on, eBay is often a good place to be. Sure, there are mailing scams and Nigerian princes to avoid, but we could say that about any part of the Internet, really. One area which most eBay users have long been asking for is a better mobile app on Android, something with a little more color and a more fleshed out approach to interface design, and now it looks as though they're finally getting it.

Version 5.0 of the eBay app, which users can download here, offers eBay users some much needed clean up of the interface overall and also brings the My eBay part of the app closer to the sections that are available on the Web version. As such, Bids & Offers as well as Purchase History are in separate views available from the slide-out menu from the left, with the slide-out menu from the right also got some attention with some more straightforward approaches to refining searches. There's certainly a little more Material Design here than there has been in previous versions of the app and in terms of color, eBay have gone for a blue look and feel, with recent searches and such standing out much better on the home page. This is something that might confuse some people that have been so used to the previous look and feel, but those now more accustomed to Material Design apps will appreciate these changes that have been a long time coming.

Easier to use and better-looking, users have a lot to like about the new eBay app, and it's version 5.0 that they'll be looking for. While the majority of people will see the update appear on their device from the Play Store, there is the option to sideload it via the link above. These changes have been spotted here and there before, but this update solidifies them into the app at long last.