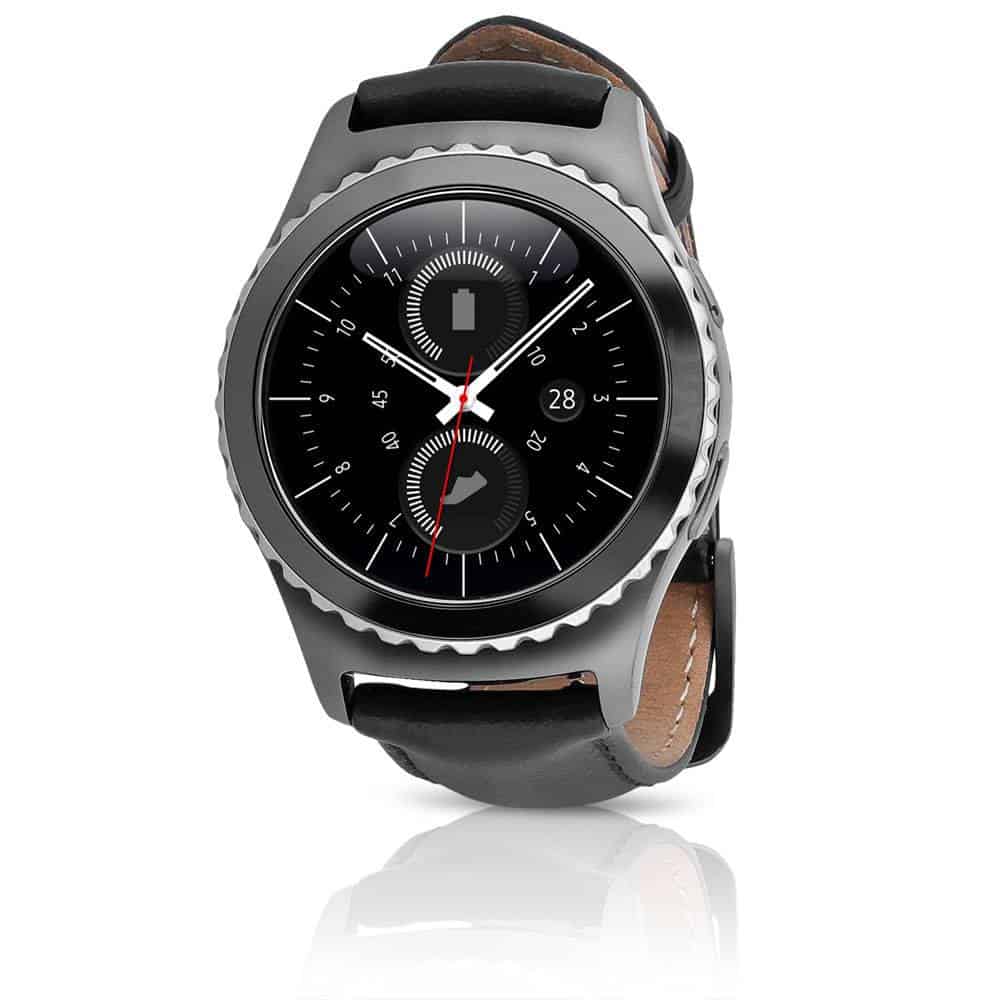 Smartwatches are beginning to appear in more and more styles for consumers, with multiple platforms to choose from. Among the available options that are currently on the market is Samsung's Gear S2, which runs on the Tizen OS, and comes in a few different style options of its own. Most smartwatches that have quite a few functions cost upwards of $300 brand-new, but right now you can pick up the Gear S2 Classic model as a seller-refurbished unit for just $229.95 down from the original price of $349.99 for a new unit, which saves you $120.

The Gear S2 Classic comes with a black leather strap and a metal watch case. It's powered by a dual-core 1GHz processor and has 512MB of RAM, 4GB of internal storage, and a 1.2-inch Super AMOLED display with a resolution of 360 x 360 pixels. It's also powered by a 250mAh battery. The watch is compatible with Android 4.4 or later, and the rotating bezel on the side lets you move between apps so you don't have to tap the display. The watch also charges wirelessly so you don't have to plug it in and it comes with a charging dock that you set it on when the battery runs low. While the watch does come with a black leather band, the straps are interchangeable so you can swap them out.

Advertisement
Buy The Gear S2 Classic - $229.95
Advertisement
Trusted By Millions
Independent, Expert Android News You Can Trust, Since 2010
Publishing More Android Than Anyone Else
22
Today
22
This Week
304
This Month
4288
This Year
105765
All Time
Advertisement