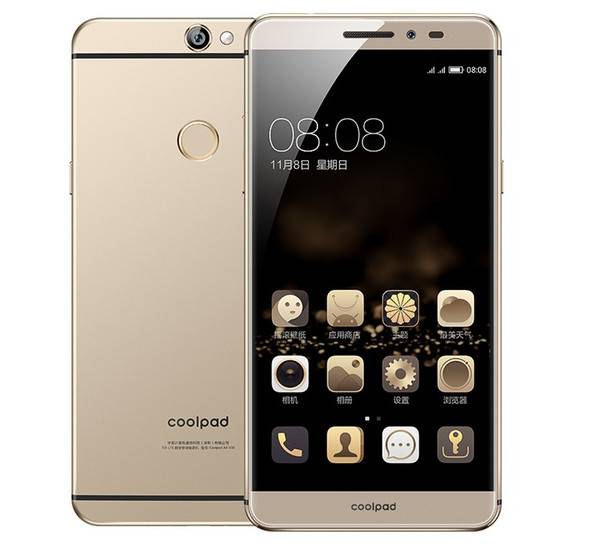 Coolpad is yet another China-based smartphone manufacturing company which is quite active in the Indian smartphone market. Coolpad has released quite a few devices in India to date, and they’ve recently announced that the Coolpad Max phablet is on the way as well. This phablet was originally introduced in China back in January this year, and the device has been officially announced in India earlier today, let’s see what it has to offer.

The Coolpad Max is actually the company’s flagship device. This handset is made out of metal, and as you can see, it sports a rear-facing fingerprint scanner. Its main camera is centered in the top part of the phone’s back, and the 3.5mm headphone jack is placed on the very top of the device. This smartphone sports a 5.5-inch fullHD (1920 x 1080) 2.5D curved display with Corning’s Gorilla Glass 4 protection on top of it. The phone packs in 4GB of RAM and 64GB of expandable internal storage, while you’ll be able to find a non-removable 2,800mAh battery on the inside. Qualcomm’s Quick Charge 3.0 fast charging is available here, and the device is fueled by the Snapdragon 617 64-bit octa-core SoC, Qualcomm’s mid-range chip. The 13-megapixel ISOCELL snapper (CMOS sensor, f/2.0 aperture, 6P lens, PDAF) can be found on the back of the Coolpad Max, while a 5-megapixel shooter (OV5648) is placed on the front side of this device. 4G LTE connectivity is also a part of this package, and the phablet offers two SIM card slots as well. Android 5.1 Lollipop comes pre-installed on the Coolpad Max, and on top of it, you’ll find the company’s Cool UI 8.0 Android-based skin. The Coolpad Max measures 152 x 75.5 x 7.6mm, while it weighs 170 grams.

This device ships with a ‘Dual Space’ feature which basically let you have two accounts on WhatsApp, Facebook and other social media and messaging apps. Coolpad managed to achieve this through a BiLogin feature, in case you were wondering. The fingerprint scanner on the back can be used for App Shortcuts, One Key Dial, Quick Capture, Switch Space, etc. The device comes in Rose Gold and Gold color options, and costs Rs. 24,999 ($370) in India. The phone will become available on May 30th, and you’ll be able to get it exclusively from Amazon India. 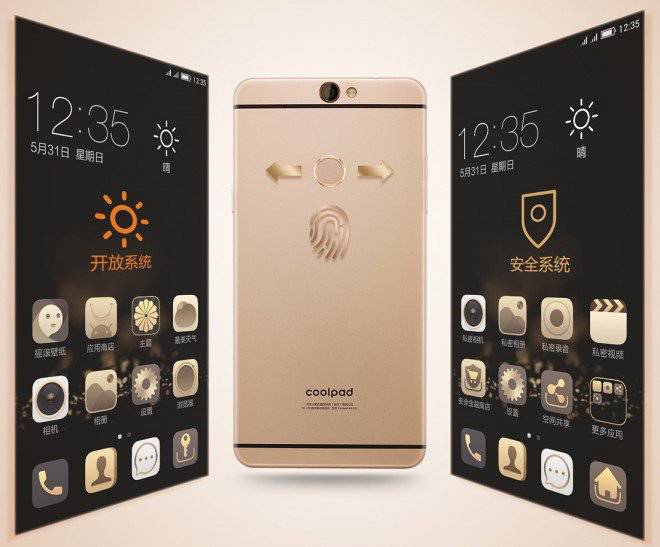