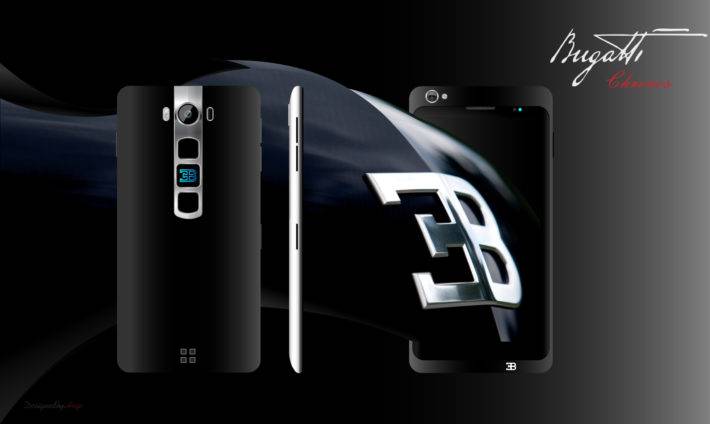 Even though luxury car makers don’t often indulge themselves in parallel businesses, given how competitive and energy-sapping the industry is, a few have so far tried their luck with smartphone technology-probably the only piece of technology that everyone owns. While it must be crazy for anyone to expect luxury car makers to start making smartphones, people wouldn’t really mind taking a look at phones developed by the latter with their unique design concepts and logos stamped in. In such a case, a layman might wonder what it would be like if French luxury automobile manufacturer Bugatti were to design and launch a new smartphone true to their design concept and the swag that comes with it.

A couple of days ago, Land Rover announced a partnership with UK technology firm Bullitt Group through which they proposed to build a new smartphone from scratch. The new smartphone will be deliciously designed and will be quite durable, probably for the adventurous kind who prefer outdoor sports like biking, cycling and hiking. The smartphone is also to feature Land Rover’s iconic design technology and bespoke apps which will help owners of the phone connect with Land Rover and learn everything the company represents. With Land Rover setting an example, it wouldn’t be tough to imagine Bugatti doing the same to endear themselves to new customers. Recently, a blog named ‘Designed by Hege’ revealed a concept smartphone featuring design and logos as if it were created by Bugatti themselves. Naming the phone Bugatti Chronos, the blogger wondered if a company like Bugatti, known for their design, beauty, power, and speed would manufacture a smartphone, then they would fill the only missing link in their collection. Not only does the blogger reveal how the phone would look from all angles, he also types in features and specifications that the concept phone may sport.

As per the concept details, the Bugatti Chronos would include a 5.5-inch IPS LCD display similar to the ones in iPhone 6s Plus but with a Quad HD resolution, 23-megapixel and 16-megapixel cameras, internal storage of 64 GB and an option to add 256 GB more through a MicroSD slot, 4 GB of RAM and a powerful 4,020 mAh battery. In terms of looks, the phone could come in white and black color variants as well as metallic Grey and sun mica brown back variants with black color coatings on the front. While there is no home button on the front of the concept phone, there is one on the back of the phone with a Bugatti logo and a fingerprint sensor and which is placed between the volume toggle buttons and below the rear camera lens. Along with an LED Flash, you will also be able to see four tiny stereo outlets on the back of the phone. Overall, the phone looks sleek and beautiful aside from being rich and powerful in terms of specifications and would come very close to what one would expect from a company of Bugatti’s stature. 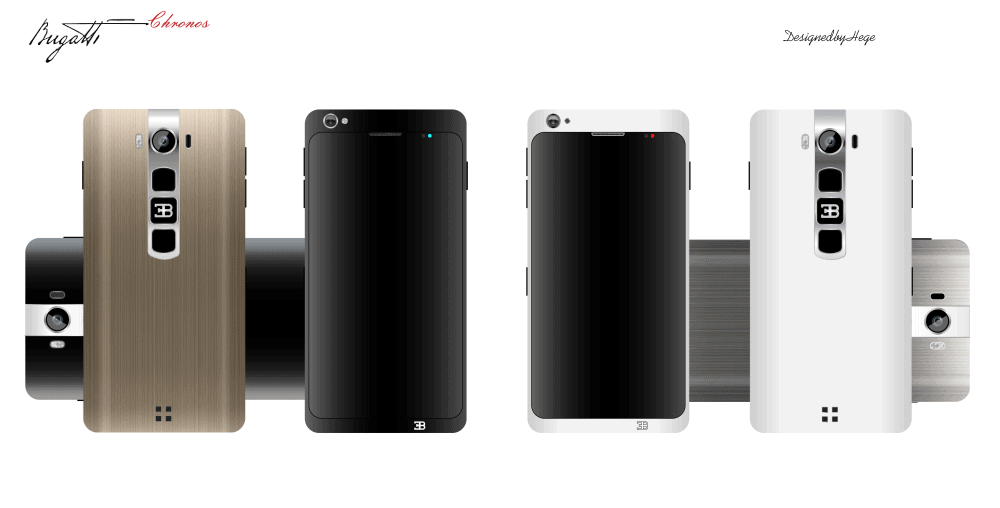 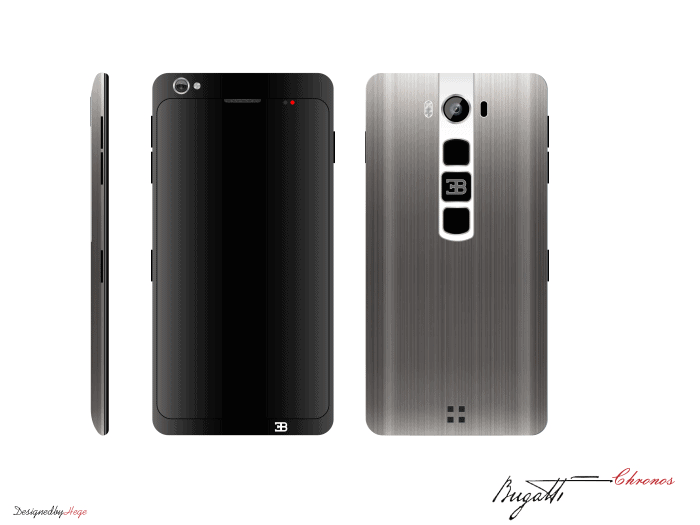 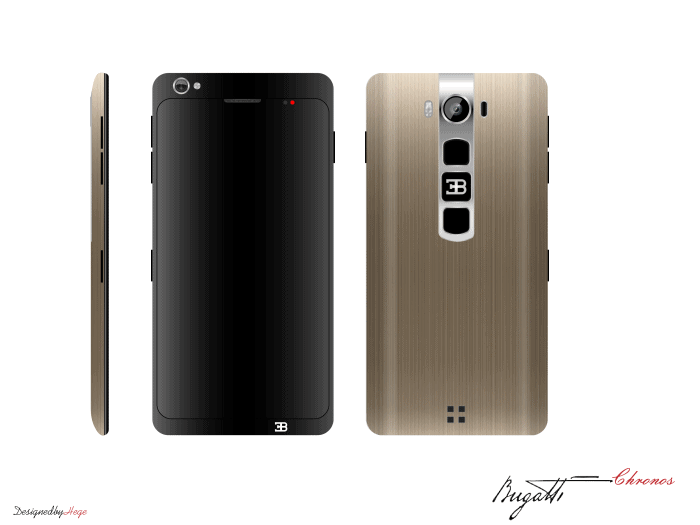 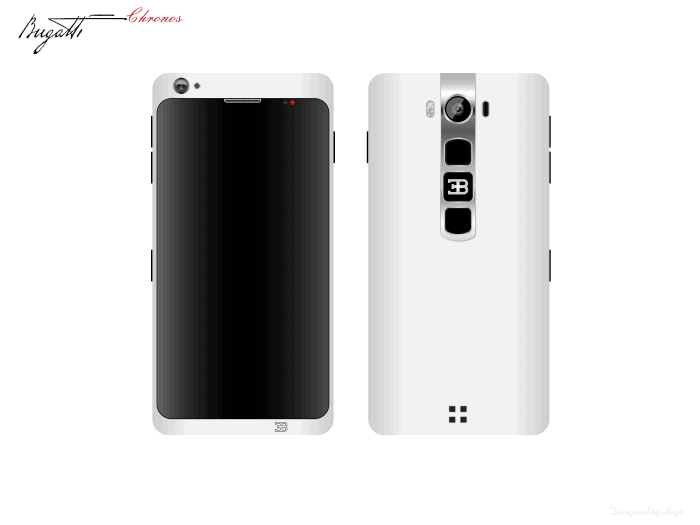 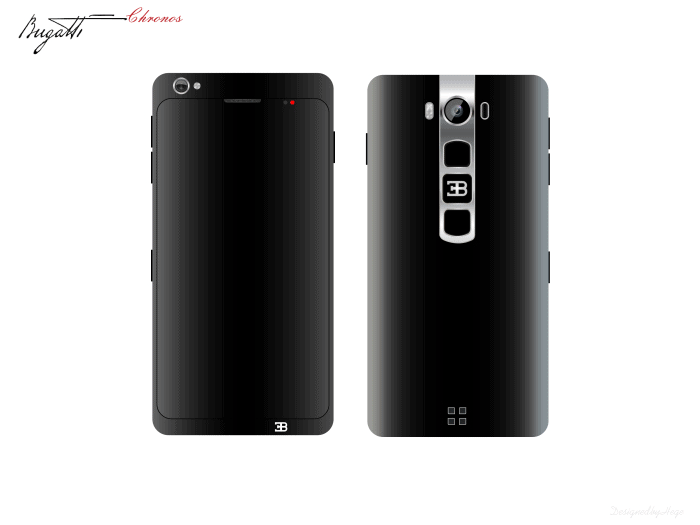 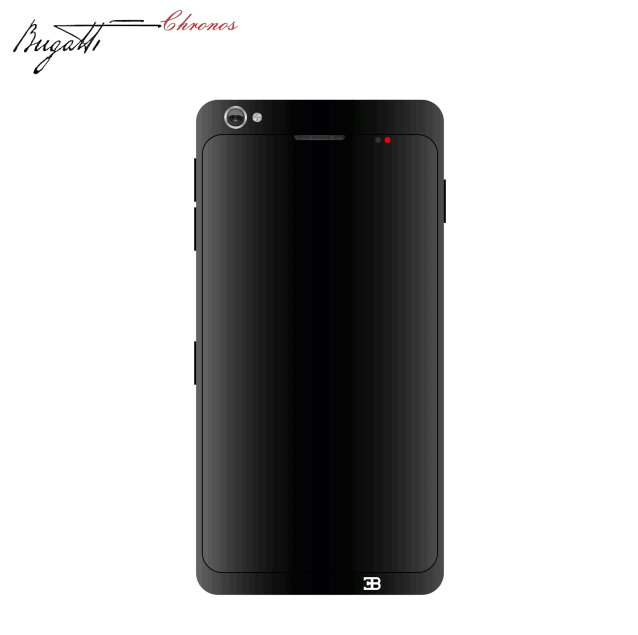