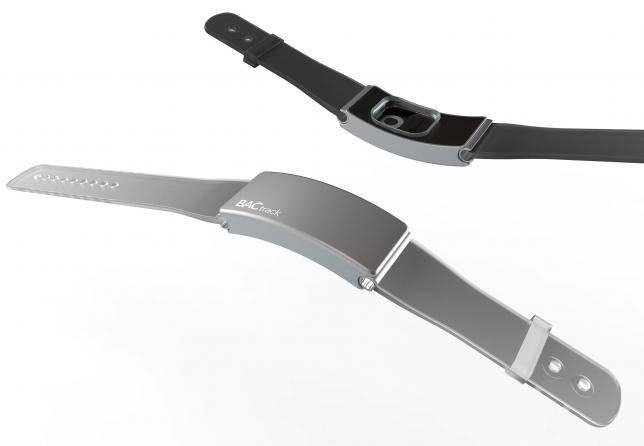 There are wearables for all kinds of things. While most people may be familiar with wearables in the form of fitness trackers, like Fitbit, there are other types of wearable technology. Google Glass is one such product, although not available to the public, and then there are wearables like the Pavlock, a smart band which shocks you to help you break free from bad habits. Now there's a wearable to help you measure your blood alcohol levels. This is BACtrack's latest invention called the Skyn wearable and contrary to popular belief it isn't seeking to take away the need for carrying around a breathalyzer, which BACtrack also produces a few of.

The idea behind the BACtrack wearable is actually aimed at doctors and giving them a tool that they can use to measure over-time alcohol consumption of patients. The device works by measuring your alcohol level through the sweat that comes out of your skin and requires at least a 45-minute wear time for it be able to do its job correctly. The integrated sweat sensor checks for the current level of ethanol in your sweat, which is how it's able to deliver the type of data it was created for.

Although it seems like a nice idea, to have a wearable that could simply measure your alcohol level through your sweat, the 45-minute wait time to grab a reading makes it less than ideal for someone who would want to use it for a method of checking whether or not they're able to drive. As technology evolves, however, there's always the possibility that BACtrack could end up producing a similar band that works in the same way but at a much quicker pace so as to provide consumers with fast enough accurate readings to make sure they're under the legal blood alcohol limit for their region. It's noted that the BACtrack Skyn is cheaper and quite a bit smaller than other alternatives which do the same job, and has not yet been submitted to the Food and Drug Administration. While the BACtrack Skyn does take a while to provide a reading, its goal is to provide ongoing measurements of blood-alcohol levels over time.