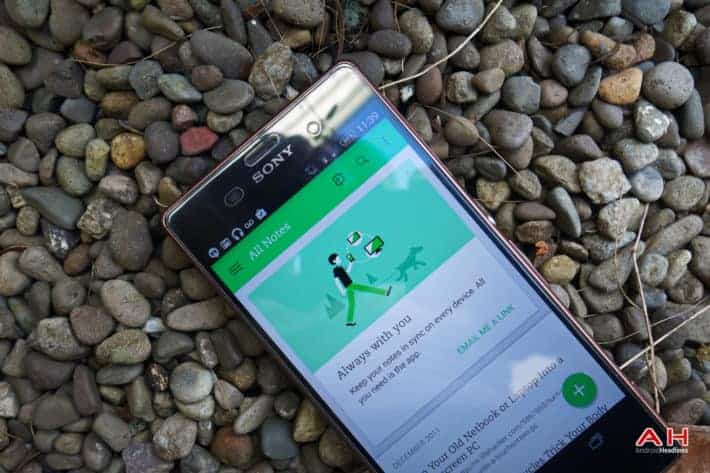 Google Drive and Evernote are two of the most used apps on Android, well really any platform. Evernote is a full-fledged note-taking app (not to be confused with Google Keep) with tons of features and both free and paid versions, it has been one of the most downloaded apps on the Play Store for years now. Evernote is great because you can take virtually unlimited notes with the app – you get 60MB of space each month. You can also sync it with other devices, especially great for students, as they can read their notes that they took in class, on their smartphone. Google Drive, on the other hand, has become a pretty popular app for storing files, especially documents. Google gives you 15GB of storage for free, and they also offer some of the cheapest storage plans around (1TB of space would cost you $9.99/month). What if they two were integrated? Well as of today they are, sort of.

Evernote's Chief Product Officer, Erik Wrobel said that "Evernote is where people capture and nurture ideas. This integration with Google Drive helps people cultivate those ideas with rich context." Evernote recently integrated with Yahoo Mail and WhatsApp, and this makes the Evernote app that much more useful. Google notes that this integration is live in Evernote for both the Web and Android right now. No word on when it'll be available for other platforms, but it should be available in the coming days. You can download Evernote from the Google Play Store today.