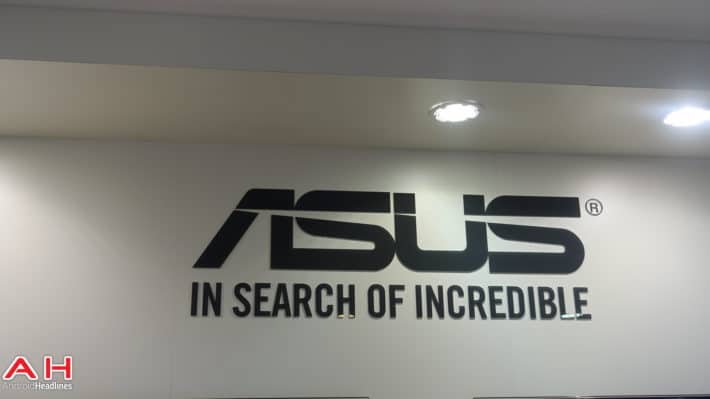 Taiwanese tech company, Asustek Computers, released its financial report for the first quarter of this year on Wednesday, May 11th. As part of its earnings call, the company broke down its NT$110.05 billion ($3.38 billion) consolidated Q1 revenues to reveal that 66% of it came from PC sales while 17% came from smartphones, tablets and other mobile devices. Meanwhile, 14% of its revenues during the quarter came from its famed PC components business that is known for its RoG (Republic of Gamers) range of enthusiast-grade motherboards, graphics cards and other computer hardware, while 3% came from IoT (Internet of Things) devices. The company designs, manufactures and markets the ZenBook range of laptop computers, the ZenFone range of popular Android-powered smartphones, ZenPad-branded tablets and the ZenWatch line of smartwatches that run on Android Wear.

Taking a detailed look at Asustek’s financial report for the last quarter, the company’s consolidated revenues grew 7.7% Year-on-Year (YoY) and 11.24% on a Quarter-on-Quarter (QoQ) basis. The company also said that as much as 48% of its revenues came from Asia, while Europe contributed 35% to the company’s topline. North America, meanwhile, accounted for just the 17% of the company’s consolidated revenues for Q1 2016. Meanwhile, net operating margins during the quarter declined by 0.12 percentage points YoY, although, net profits were up an impressive 13.07% from the corresponding period last year. The company reported a net profit of NT$4.161 billion ($127.69 million) for Q1 2016, with net operating profits hitting NT$4.697 ($144.13 million).

Meanwhile, even as the company announced decent results for Q1 2016, its second quarter results are likely to be a bit of a downer for its investors. According to the guidance provided by ASUS, consolidated revenues for the current quarter is likely to be in the region of NT$95-100 billion ($2.93-3.08 billion), which would be a substantial 9-14% decline on a sequential basis. The company further revealed that it expects it’s PC business to bear the brunt of the downturn with a 10 to 15% decline in QoQ sales, while its hardware business is also likely to shrink by around 5% to 10%. However, even after the heavy sequential declines, the company still expects its PC and PC components business to grow by 5% on a YoY basis during the current quarter. 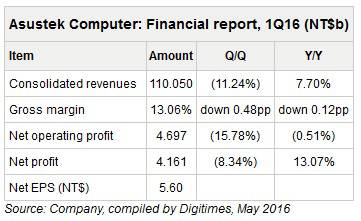