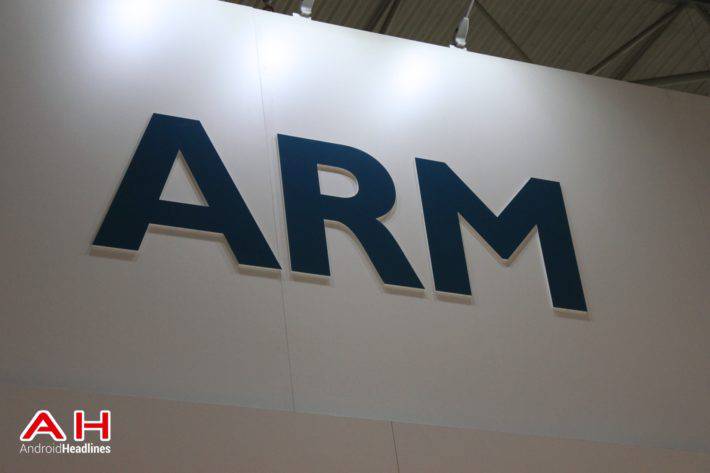 When we think about processors inside of our smartphones and tablets – even our smartwatches and IoT devices these days – we often think in terms of Snapdragons and Exynos processors. In reality however, these are Systems-on-Chip, or an SoC, which combine a CPU, GPU (like the new Mali-G71) for graphics, a sound processor, network silicon and everything else in one package. At the heart of these packages is an ARM CPU, designed by a British firm that licenses out these core designs to partners such as Qualcomm and Samsung. This year, ARM has announced the new Cortex-A73 core design that is destined for the next-generation of high-end smartphones, and delivers a noticeable improvement over previous designs.

The aim of this new processor design is to deliver more performance in a more efficient package, so the big deal with this new processor package is essentially a slight bump in performance, with better battery life compared to the previous Cortex-A72. This is what ARM calls a “big” core, which is a larger and more power hungry core, but one that delivers most of the performance from a big.LITTLE configuration of a quad-core CPU and another quad-core CPU like the Snapdragon 810 or Exynos 8890. The ARM Cortex-A73 might only be a small improvement over the Cortex-A72, but ARM is preparing this slight improvement for the future of the smartphone, which they see as thinner and less power hungry devices.

The Cortex-A73 has a 40% higher performance density ratio, which basically means that it gets 40% more power from the same physical piece of silicon, which translates into much better optimization overall. To tackle the trend of thinner devices, the Cortex-A73 is designed with the 10nm FinFET production process in mind, which would allow partners to produce silicon that generates less heat and draws less power. All-in-all, ARM has said that the Cortex-A73 is 1.3x more efficient as well as quicker than the previous Cortex-A72.

Other interesting facts include a bump in max clock speeds of 2.8 Ghz, while also being able to stay at its peak performance for much longer. This is the sort of improvement that should help next-generation smartphones deliver a smoother overall experience, no matter what you’re doing or playing. Speaking of the next-generation, ARM say that these chips will be in devices starting in H2 2017, and that 11 different partners have already signed up, including the likes of Samsung and Huawei’s HiSilicon firm. 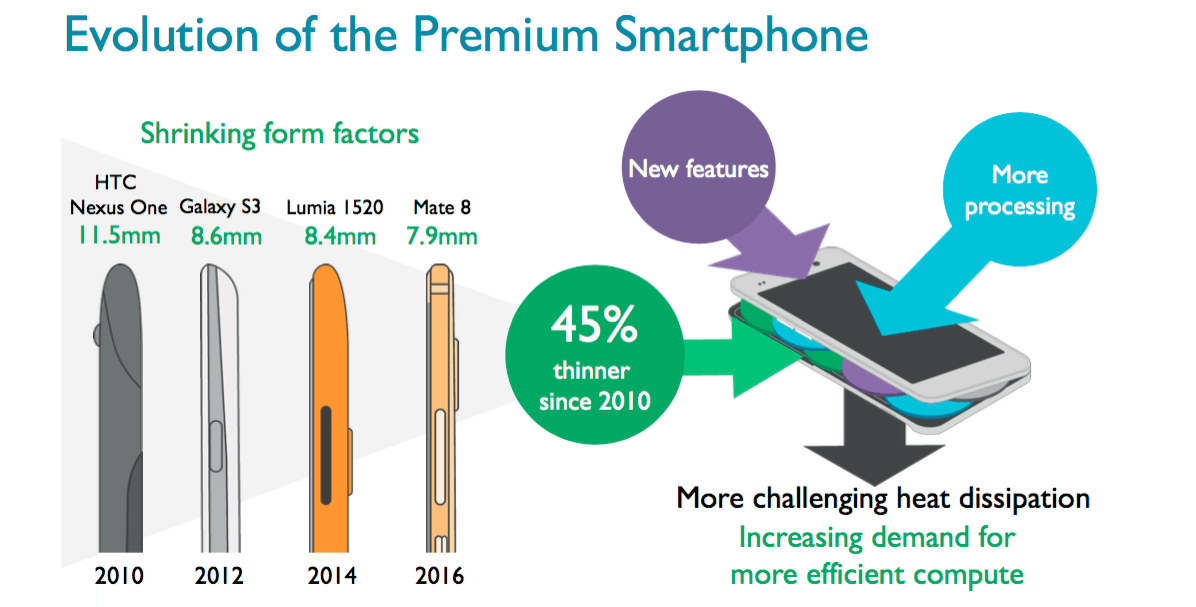 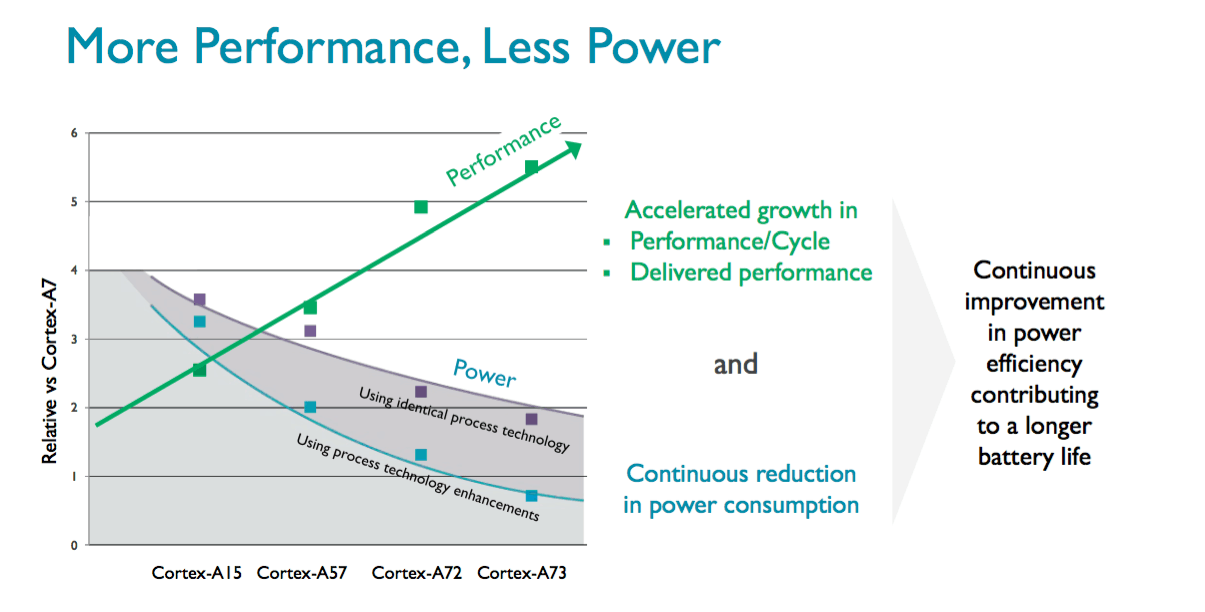 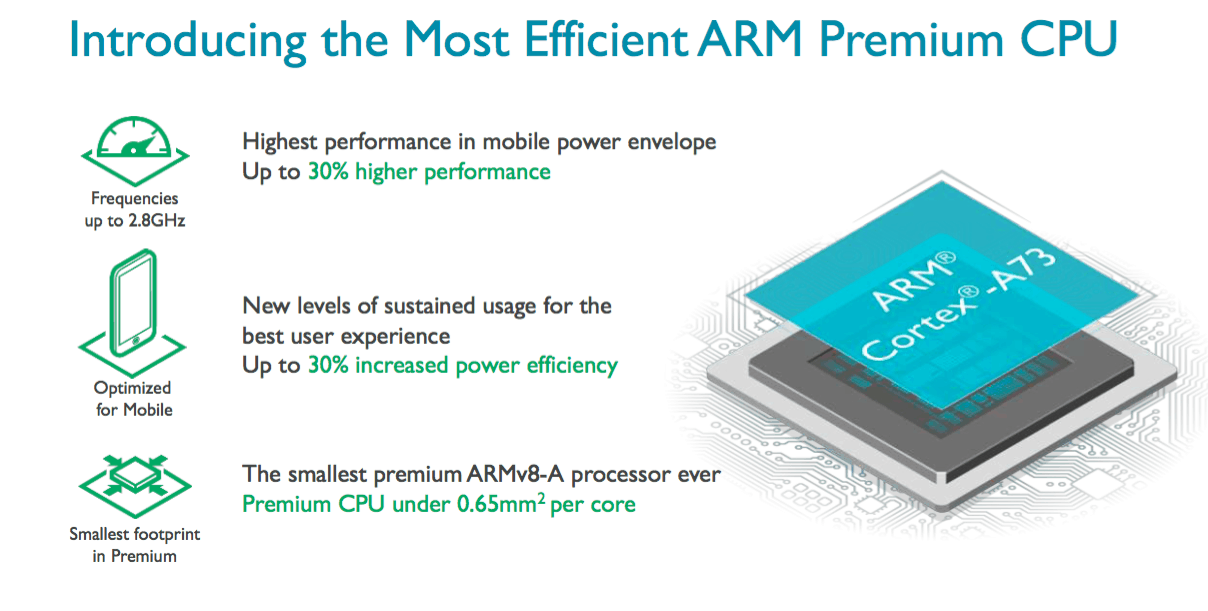 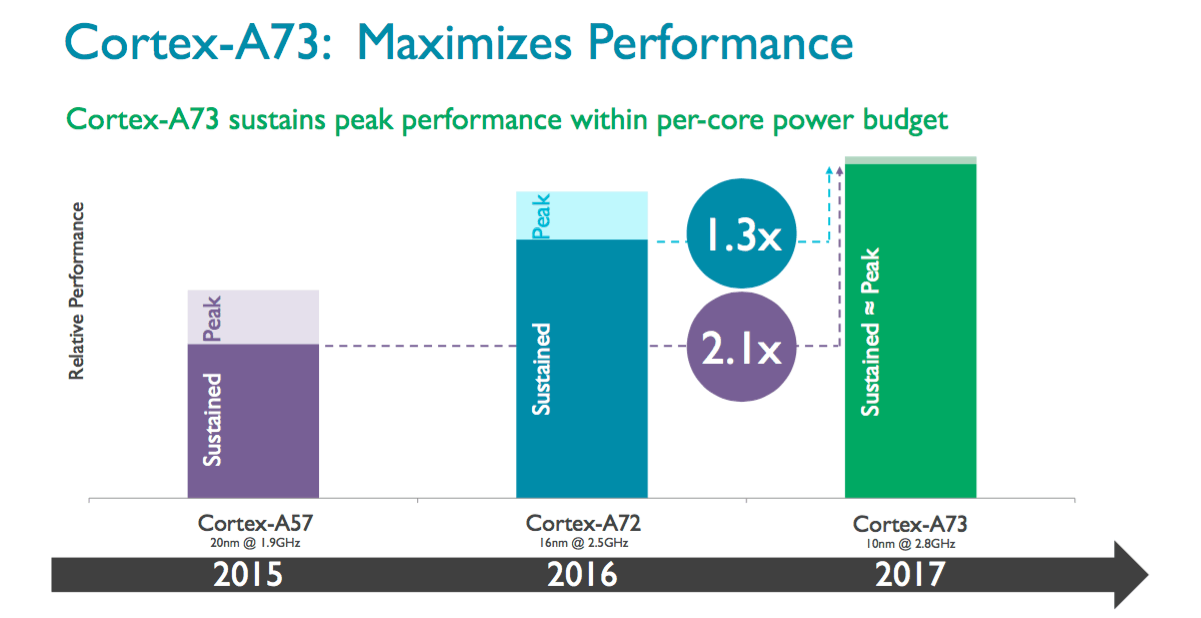