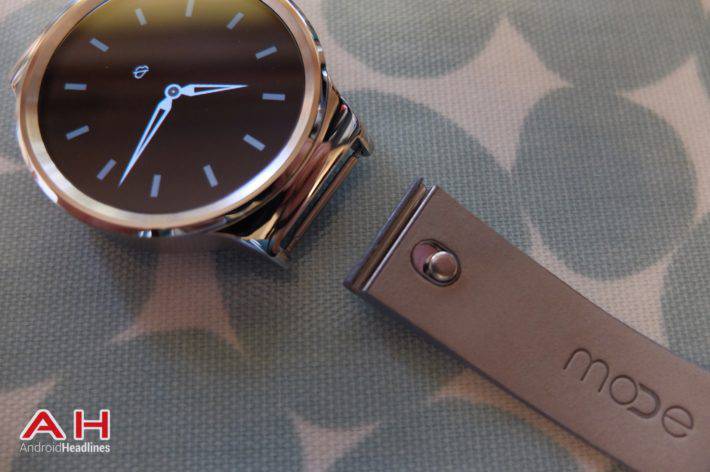 Last month, Google unveiled their new MODE watchbands which are made for Android Wear smartwatches. These are bands that are made of silicon or leather, and also come in different sizes. What's unique about these is that they are much easier to put on and take off of your smartwatch. Much like the second-generation Moto 360, these watch bands have a little switch that allow you to pop them off pretty easily. The silicon bands start at $49.95, with the leather ones starting at $59.95. And using the promo code "20WEARMODE" at check out, you'll get an additional 20% off of these bands. Making them a bit more affordable. According to the Google Store's post on Google+, this sale will be going through June 20th. However, the code is only good for one band, and not your entire order, unfortunately.

Android Wear got a pretty big update at Google I/O this week. The search giant announced Android Wear 2.0 which will be coming to Android Wear in the fall. Although there is a preview available for it right now, that developers can download and check out. This is mostly so that developers are able to test their apps and get them ready for the new Android Wear update that's coming this fall, alongside Android N.

If you haven't picked up a smartwatch just yet. It's definitely worth picking one up, alongside one of these MODE watchbands. These Android Wear smartwatches do work with Android and iOS. So if you are using iOS, you are still going to be able to use Android Wear without much of an issue. The biggest features of Android Wear is the ability to get your notifications on your wrist, and with Android Wear 2.0 you'll also have standalone apps, so you can go out for a run without your smartphone.

Buy Android Wear MODE Watchbands from Google Store
Advertisement
Trusted By Millions
Independent, Expert Android News You Can Trust, Since 2010
Publishing More Android Than Anyone Else
0
Today
175
This Week
282
This Month
4266
This Year
105743
All Time
Advertisement