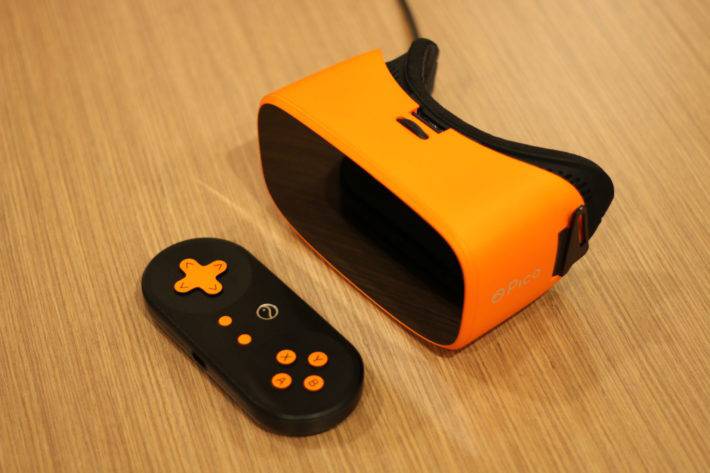 2016 is certainly shaping up to be "the year of VR" or at the very least the year where the industry wakes up to virtual reality being a mainstream prospect. Just this week, during Google I/O 2016, we said hello to Daydream, a new Android virtual reality platform that is set to revolutionize mobile solutions. One other player looking to do the same however is the Pico Neo, a standalone Android-powered VR headset that the company is looking to show off at another big trade show next month, E3.

Pico Interactive, the firm behind the Pico Neo is looking to exhibit the headset next month, June 14th, to E3 showgoers eager to see what this new headset is all about. For those wondering what the Pico Neo is, it could be considered a sort of Gear VR competitor, but unlike Samsung's option it does not need a separate smartphone, as the Pico Neo is an all-in-one package. Powered by a Snapdragon 820 and Android 6.0 Marshmallow, the Pico Neo is a device that does it all on its own. There's also talk of two 1K AMOLED displays inside of the Pico Neo, but whether or not the company means one display that outputs the 1024 x 512 image to each lens and therefore each eye, is unknown. Another key feature of the Pico Neo is the controller, which neatly rest within the headset to make it super-simple to carry and start playing wherever you are.

Hardware side, what really matters here is the fact that it will be launching on its own, with no support from Google or anyone else, the software side of things is what's going to make it either a great platform or something that offers little more than your existing Android phone and a simple Cardboard headset from eBay or Amazon. With Daydream having just been announced, it might be difficult for other mobile solutions to help persuade customers to buy in to their ecosystems, but it seems as though that's just what Pico Interactive is going to be doing later this year as the Pico Neo is slated to launch before the end of 2016.