According to new data revealed by GFXBench, the BlackBerry Hamburg carries model number “STH100-x” and, as expected, the device is powered by Android 6.0.1 Marshmallow. As far as the hardware is concerned, the smartphone accommodates a 5.2-inch display with a resolution of 1920 x 1080, a Snapdragon 615 SoC with two quad-core Cortex-A53 CPUs, and a Qualcomm Adreno 405 graphics chip with OpenGL ES 3.1 and OpenCL 1.2 support. Furthermore, the BlackBerry Hamburg makes use of 3 GB of RAM which should be plenty for multitasking, and has 16 GB of internal storage out of which 10 GB are available to the user. The smartphone also incorporates a 12-megapixel main camera with face detection, autofocus, and HDR, as well as an 8-MP front-facing unit with Full HD video recording capabilities. Other details worth mentioning include a variety of sensors and connectivity features, including GPS, NFC, Bluetooth, Wi-Fi, a gyroscope, a pedometer, and a compass. 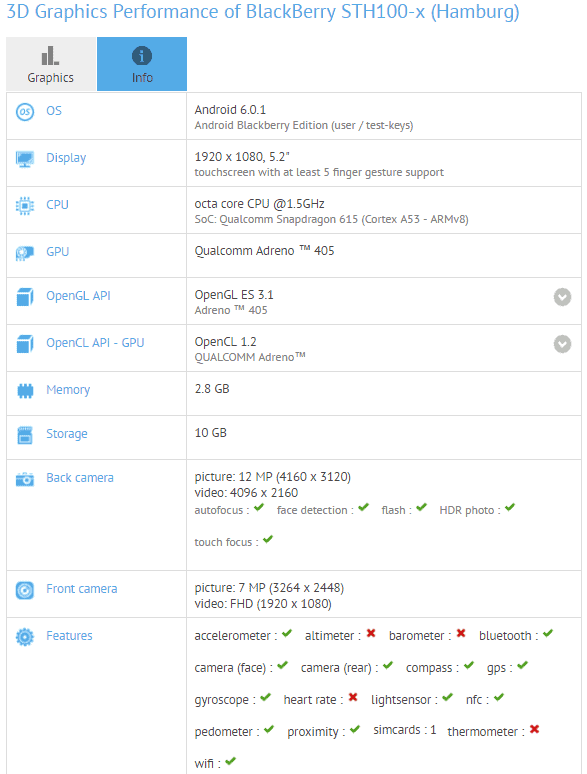