Although not the most widely-recognized smartphone brand in the world, Alcatel makes some pretty compelling smartphones in the mid-range. Yet another example of that lies in the Alcatel Flash Plus 2, which was officially unveiled by the company earlier today. The device is a follow up to the original Flash Plus that was introduced back in 2014 by the TCL-owned company which recently re-branded itself to ‘Alcatel’ from ‘Alcatel OneTouch’. The phone will be made available in Luna Silver and Venus Gold, and will be launched first and foremost in the Philippines, Malaysia, Vietnam, Monaco and Thailand. The device comes with an MSRP of $160 for the base 2 GB / 16 GB version and $190 for the more premium 3 GB / 32 GB model.

Taking a more detailed look at the tech specs of the latest mid-range phablet from Alcatel, the device features a 5.5-inch OGS display panel that comes with a 1080p pixel resolution, 160-degree viewing angles and a 1000:1 contrast ratio. The device is powered by MediaTek’s Helio P10 (MT6755) chip that comes with an integrated 64-bit, octa-core CPU that’s clocked at a maximum frequency of 2.0 GHz. This system-on-chip (SoC) also incorporates a Mali-T860MP2 GPU clocked at 700 MHz. The smartphone will come in two different options, with the base model sporting 2 GB of RAM and 16 GB of built-in storage, whereas the more premium model will come with 3 GB of LPDDR3 RAM with 32 GB of internal storage. In either case, however, users will be able to expand the phone’s storage by way of a microSD card of up to 128 GB in capacity.

As for the rest of hardware on the newly-announced device, the rear-facing primary camera on the Alcatel Flash Plus 2 is a 13-megapixel OV13853 sensor with an f/2.0 aperture and is accompanied by a dual LED flash and a 76.5-degree wide-angle 5P lens. The camera also comes with Phase Detection Auto Focus. Meanwhile, the front-facing selfie-cam incorporates a 5-megapixel sensor with 1.12μm pixel size, f/2.2 aperture and an 84-degree wide-angle lens. With selfies becoming increasingly important in a social media-driven society, the phone actually also incorporates a front-facing ‘selfie flash’ presumably for better-lit selfies. Meanwhile, the phone also comes with a fingerprint scanner and supports Wi-Fi 820.11 b/g/n, Bluetooth 4.1 and GPS. 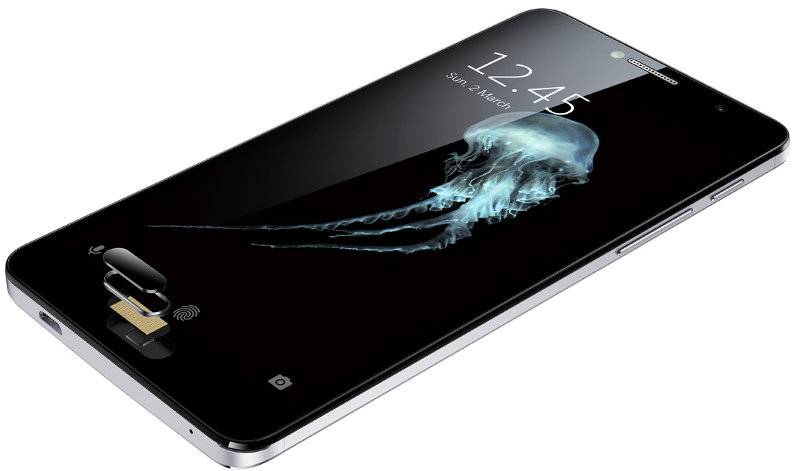