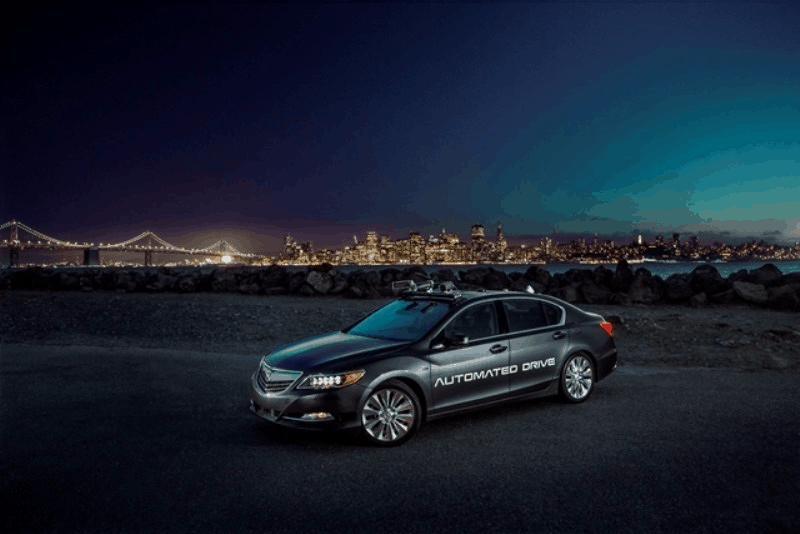 We've seen plenty of self-driving cars by now. Many of which involve a pretty large system strapped to the hood of the car, this is due to the  LIDAR system that helps the car see its surroundings. That adds a lot of weight, and also cost, to the self-driving car. Not to mention the fact that it looks pretty ugly. However, Acura has debuted a new autonomous car that is much sleeker than the ones that Google, Ford, and even Uber are testing right now.

Introducing the second generation of the Acura RLX Development Vehicle. The biggest thing that is new here is that spinning LIDAR system on the top of the car is now gone. We now have a sleeker system on the roof, which looks like three surveillance cameras toward the front of the roof. Obviously these are sensors along with cameras, but it's much better looking than having that spinning LIDAR system on the roof of the car. Acura, and it's parent company Honda, have been testing self-driving cars for quite some time, in Concord, CA. There's not much else known about this development car just yet. It appears that the only differences here are the new sensors on the car. It likely performs better than the first generation autonomous RLX that they were testing. Hopefully we'll see Acura's autonomous RLX hit the public roads real soon.

Autonomous vehicles are the future, and it looks like that future is pretty close to being upon us. Acura is just one car maker in a long list of companies working on autonomous vehicles. In fact, even big tech companies like Google and Uber are working on self-driving cars – Apple is rumored to be working on one, although that hasn't yet been confirmed. Ford and GM are also testing out some autonomous cars, with GM putting autonomous Chevy Bolts on the roads by the end of next year. Pretty soon, we'll be able to go anywhere we want, without worrying about falling asleep behind the wheel and causing a crash. That will be amazing, considering the sheer number of people that die or get injured from car crashes each year.