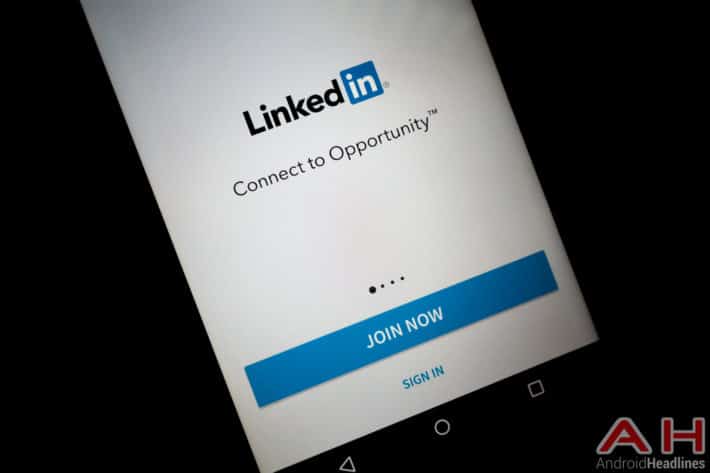 With the more people that are using online services such as Facebook, LinkedIn and Twitter, the more targets that are out there. For hackers and those looking to con users out of their data, these massive targets can represent huge monetary gains. While some hacker groups and such have claimed that making these attacks have been in the interest of user safety, such as the Ashely Madison hack last year, wherever there's some sort of money involved, it's often hard to believe. This is just what's happening to LinkedIn at the moment, as 117 Million emails and passwords from accounts leaked back in 2012 have appeared online for sale.

LinkedIn was made aware of the breach earlier this week, and have been sending urgent advice to users who they think might have had their information put up for sale. In particular, a recent blog post states that "have begun to invalidate passwords for all accounts created prior to the 2012 breach that haven’t updated their password since that breach. We will be letting individual members know if they need to reset their password." The emails and passwords are being sold by a hacker that goes by the name of "Peace" who has been asking for over $2,000 to be paid using BitCoin. While it seems strange to sell data that is more than likely no longer valid, the emails themselves could still be useful. Users will probably have changed their passwords countless times since 2012, but the emails they used for their LinkedIn accounts will no doubt have been used for other sites as well, which could give hackers or whoever another avenue to go down when looking for potential targets.

Data breaches like these are becoming more and more common, which is why it comes as no surprise that the conversation surrounding privacy and encryption has never been louder. Even so, services such as WhatsApp and co. are often treated poorly by governments worldwide for their use of encryption and it's unlikely that breaches such as this will change their mind. As always, changing your password around any sort of breach is a fine idea, and changing passwords regular is also a good practice to get used to as well.