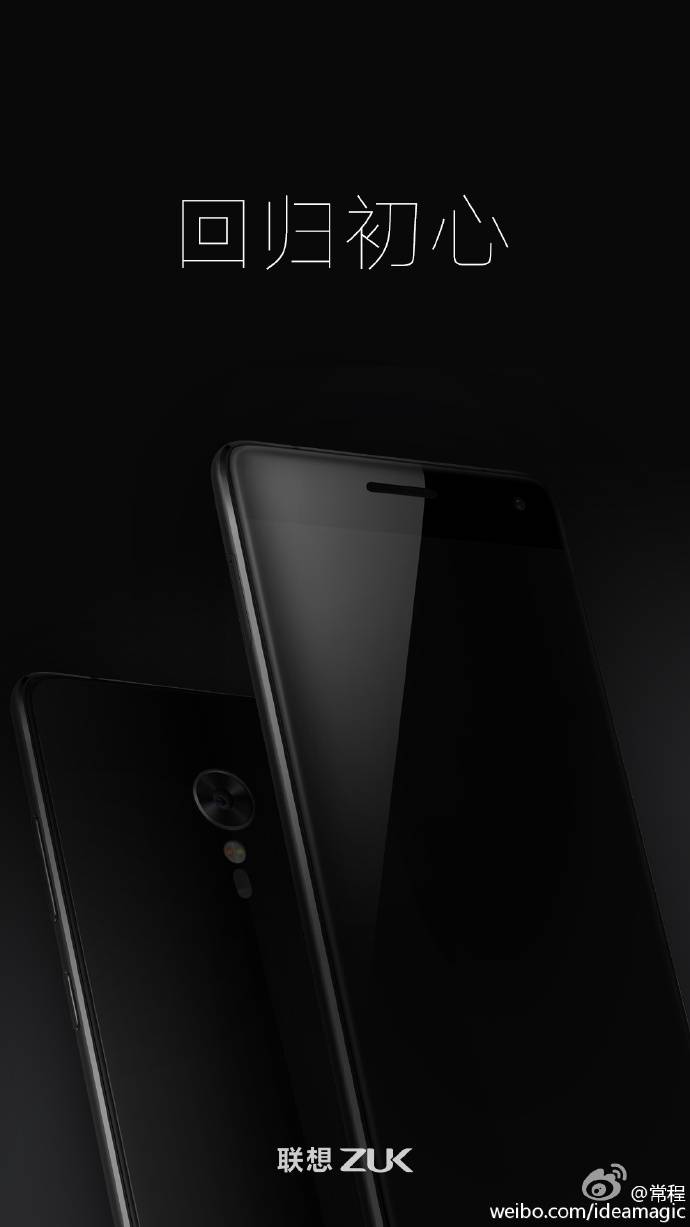 ZUK is a Lenovo-backed China-based smartphone manufacturer which has introduced one smartphone thus far. This company has released the ZUK Z1 last year, though the phone arrived in both Chinese and International variants. The Chinese model comes with ZUK’s ZUI user interface pre-installed on top of Android, while the international variants ship with Cyanogen OS out of the box. The ZUK Z1 has been available for sale for a long time now, and we’ve seen several rumors regarding its successor.

That being said, the company’s CEO, Chang Cheng, has recently confirmed that the ZUK Z1’s successor is coming on April 21st, and that it will be called ZUK Z2 Pro. This made us wonder what happened with the ZUK Z2 naming, will the company release a lower-end handset after the ZUK Z2 Pro announcement? We’ll just have to wait and see. Anyhow, the company’s CEO was active on his Weibo (Chinese social media) account once again, and this time around he shared an official render of the ZUK Z2 Pro. This is a teaser render more than anything else, and it certainly does not allow us to see the whole device. Based on what we can see, though, it seems like the ZUK Z2 Pro will sport a metallic trim, and that both its power / lock and volume rocker keys will be placed on the right-hand side of the phone. The phone’s rear-facing camera is also quite visible here, and so is the device’s dual-LED, dual tone flash. There’s also an additional sensor available below the flash, but we’re not sure what it’s for just yet.

In addition to this, the ZUK Z2 Pro has surfaced on AnTuTu as well, under the ZUK Z2121 naming. According to AnTuTu’s listing, the phone will feature a fullHD (1920 x 1080) display, along with 3GB / 4GB of RAM and 32GB of internal storage. Qualcomm’s Snapdragon 820 64-bit quad-core processor will fuel this handset, and the Adreno 530 GPU will be in charge of graphics rendering. The 13-megapixel snapper will be available on the back of the phone, and an 8-megapixel shooter will be placed up front. Android 6.0.1 Marshmallow will ship out of the box, and on top of it, we’ll probably find either ZUK’s ZUI user interface, or Cyanogen OS 13, depending on the variant of the device. 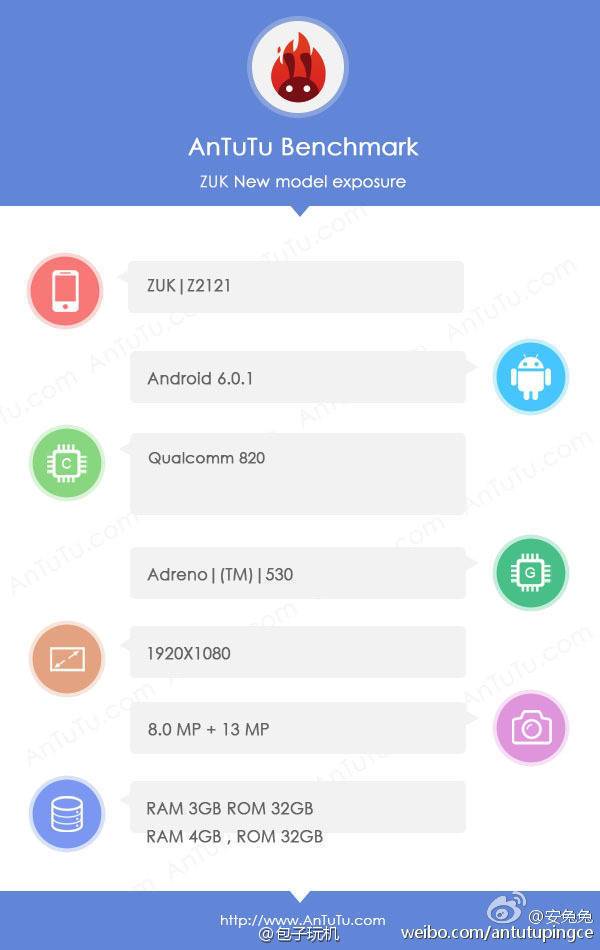