ZTE is one of the largest Chinese smartphone manufacturers. This company has released quite a few Android-powered smartphones to date as part of their Nubia and Axon smartphone lineups. The Axon-branded phones are far more popular outside of Asia, while the Nubia brand was bound to Chinese smartphone market, but that might change soon. ZTE’s Nubia subsidiary has announced during CES in January that the Nubia.com global site is ready to go, which indicates the expansion of the Nubia brand.

We didn’t hear much about the expansion since then, but we did see several Nubia-related leaks and rumors. The Nubia Z11 Mini has been certified by TENAA (China’s equivalent to the FCC) a while back, and it seems like that handset might be announced on April 19th. Nubia has released a new teaser image on Weibo (China’s social network) in which they confirm April 19th press event. Now, the Nubia Z11 Mini has been certified recently, so we do expect that handset to be introduced by the company, but the Nubia Z11 and Z11 Max are also expected to be launched at said event. The company has done something similar with the Nubia Z7 and Z9 series, so we do expect three phones to be announced this time around as well.

According to TENAA’s listing, the Nubia Z11 will sport a 5-inch fullHD (1920 x 1080) display, along with 3GB of RAM and 32GB of internal storage. The device will be fueled by one of Qualcomm’s Snapdragon 6XX 64-bit octa-core mid-range processors, and a 2,750mAh battery has also been mentioned in TENAA’s listing. The 16-megapixel snapper will be placed on the back of this smartphone, and an 8-megapixel shooter will be available up front. Android 5.1 Lollipop or 6.0 Marshmallow will come pre-installed on the Nubia Z11 Mini, and on top fo it, you’ll find the company’s Nubia UI.

So, what about the Nubia Z11 and Z11 Max? Well, we haven’t really seen that many info regarding either of those two devices, but considering those are expected to be Nubia’s flagship offerings, we do expect them to ship with the Snapdragon 820 64-bit quad-core SoC on the inside, mainly because the Nubia Z9 and Z9 Max were fueled by the Snapdragon 810. The Nubia Z11 will be made out of metal (and possibly glass), just like its siblings, and you can also expect it to sport a fingerprint scanner and 3GB / 4GB of RAM. Either way, stay tuned, we’ll report back if any additional info surfaces before April 19th. 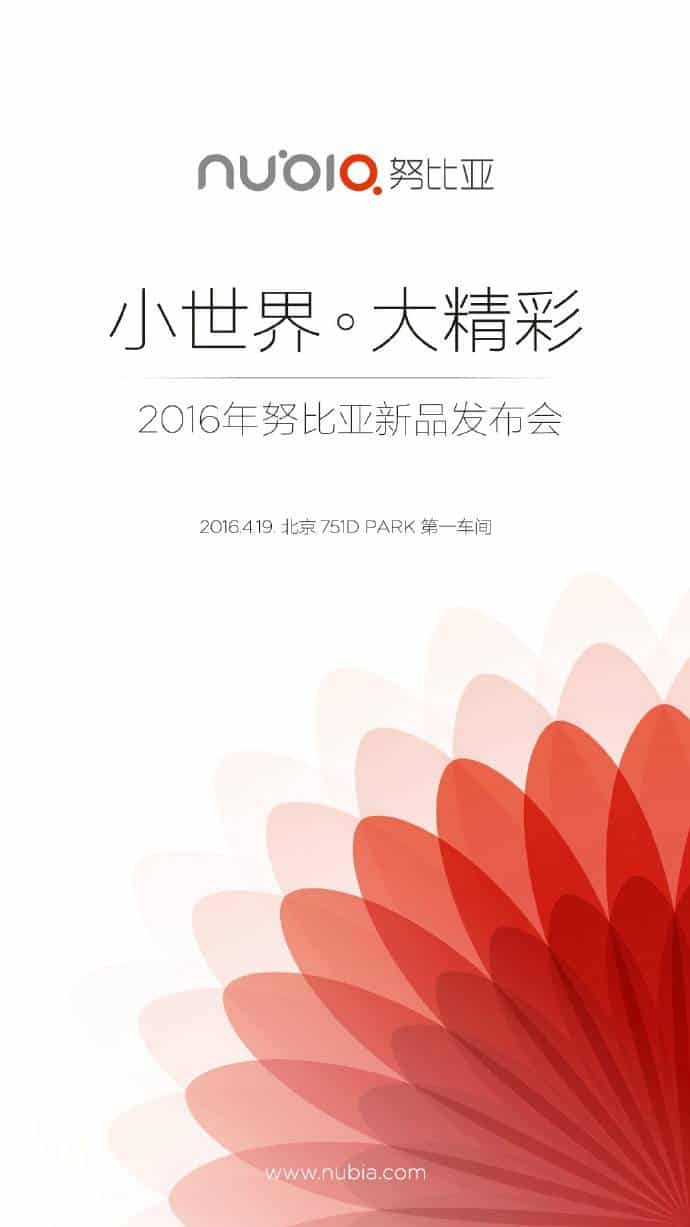