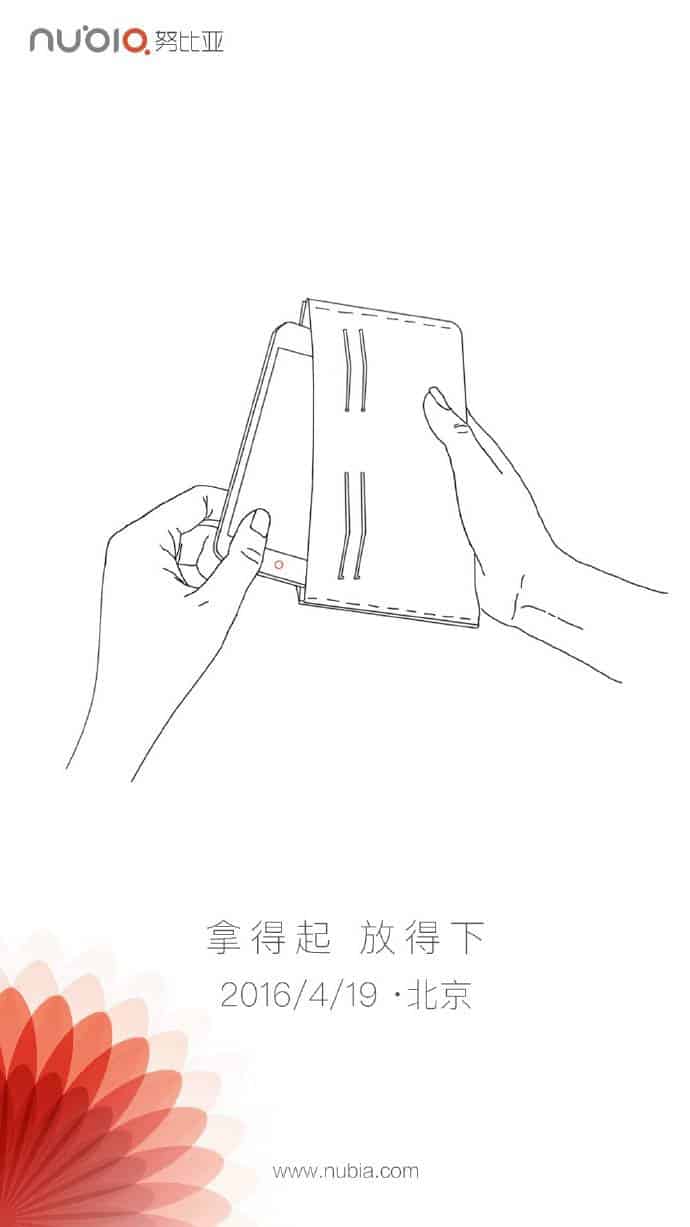 Nubia is ZTE's subsidiary which released a couple of really compelling smartphones last year. Nubia has rolled out the Nubia Z9, Z9 Mini and Z9 Max handsets in May last year. That being said, Nubia is still a China-focused company, at least judging by the Nubia smartphone product placement. That might change soon considering the fact that the company introduced the global nubia.com site back in January during CES. We do expect several Nubia products to hit markets outside of Asia this year, and the upcoming Nubia Z11 Mini handset might be the first to do so at some point, read on.

The Nubia Z11 Mini has been certified by TENAA (China's equivalent to the FCC) last month, and the company has announced that they will host an event on April 19th. We assumed that the Nubia Z11 Mini is coming, and the company has, more or less, just confirmed that fact. If you take a look at the provided image, you'll get to see Nubia's official April 19th teaser, and as you can see, the company is teasing a small smartphone which you can fit in your wallet / small purse. This is not all that surprising considering the fact that Nubia users voted they prefer 4.7-5" smartphones in a recent pool shared by the company's co-founder. Now, the question remains, will Nubia introduce the Nubia Z11 and Z11 Max at said event as well? It is possible, but we haven't seen any indication that might happen, Nubia has been teasing the Z11 Mini alone thus far, and that's the only handset that was certified by TENAA up to this point. The company might be planning to release the Nubia Z11 and Z11 Max in May, one year after the announcement of the Nubia Z9 line, but we cannot confirm that. We'll just have to wait and see what happens on April 19th, who knows, maybe the company decides to introduce all three phones after all.

That being said, let's take a look at Nubia Z11 Mini's probable spec sheet, shall we. According to TENAA, Nubia Z11 Mini will feature a 5-inch fullHD (1920 x 1080) display, 3GB of RAM and 32GB of internal storage. The phone will be fueled by the Snapdragon 6XX 64-bit octa-core processor, which is Qualcomm's mid-range offering. The phone will also ship with a 2,750mAh battery, and a 16-megapixel snapper on the back. The 8-megapixel camera will be available up front, and Android 5.1 Lollipop or 6.0 Marshmallow will come pre-installed on the handset with Nubia's custom UI installed on top of Google's OS.