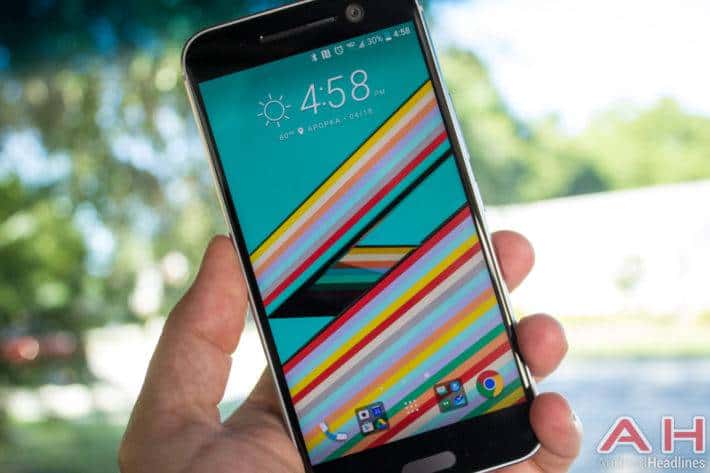 The new HTC 10 is one of the most exciting new smartphones to hit stores in the next month.  We already know that Verizon will start taking pre-orders on April 29, and they claim they will be the first US carrier to offer the device for sale in early May.  Verizon will also offer a free 'test drive' in any of the Verizon Wireless stores on April 29 – get a real, hands-on look at the HTC 10 with their exclusive in-store preview.

Not only will you get a full preview of the HTC 10, but Verizon is also offering a few bonus promos during this period.  For starters, Verizon just did away with their up to $650 promo to reimburse new customers switching from another carrier.  However, if you switch to Verizon from another carrier and trade-in your old phone, you can get up to $650 to pay off your old phone or contract.  When you purchase an HTC 10 on a Verizon plan, you will get three months of free HBO – catch the season premieres of Game of Thrones, Silicon Valley, Veep and more.  You can also get this promo if you switch to Verizon, upgrade to a new phone or activate a new line.  With HBO NOW, you can stream all of the great programs HBO offers directly to your mobile devices.  If you trade-in your old phone, Verizon will immediately apply that value toward your HTC 10 purchase.

The new HTC 10 comes with an all-new metal body that looks like it was chiseled from a solid block of metal.  It features a 5.2-inch QHD LCD display with a resolution of 2560 x 1440 pixels and 565 pixels-per-inch (PPI).  The brains come from a new Qualcomm Snapdragon 820 quad-core processor and an Adreno 530 GPU that will handle any graphics you can throw at it.  It packs 4GB of DDR4 RAM and 32GB of internal memory that is expandable via a microSD card.  The power comes from a 3000mAh non-removable battery that offers Quick Charge 3.0.  It is running HTC Sense UI over the top of Android 6.0.1 Marshmallow.

The HTC 10 does offer a fingerprint sensor in sort of a 'home' button position that can be used to authorize mobile payments. HTC did an excellent job in the camera area by using a 12MP UltrPixel primary camera and they even included OIS in the front-facing camera.  The traditional BoomSound is changed with a woofer on the bottom of the device and the earpiece acting as the midrange and tweeter. It may be worth stopping by Verizon and take them up on a HTC 10 'test-drive.'