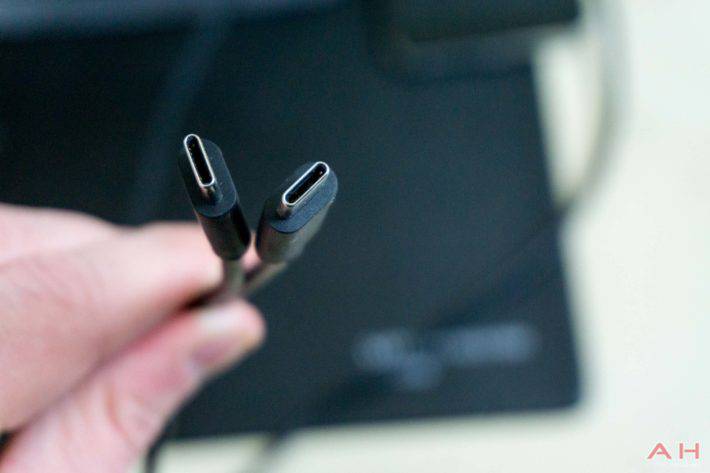 At one point or another, most of us have felt the pain of getting what we pay for; a cheap electronics purchase of some sort yields a less than stellar result, ending in a range of issues from a simple case of the cord you bought not charging your phone to a nightmare scenario like a Google engineer’s Chromebook Pixel 2 getting an all expense paid trip to laptop heaven, courtesy of a faulty USB Type-C cable. To prevent situations like that in the future, the USB 3.0 Promoter Group has set forth an official standard for an authentication protocol in regards to USB Type-C accessories.

The organization’s standard isn’t just a compliance guideline for OEMs. The standard is meant to be implemented by device manufacturers of all sorts, meant to mitigate the risk of using an iffy cable on a gadget. The standard can be enabled as a failsafe, checking any connected USB Type-C cord for compliance to the standards given and disabling functions if compliance isn’t met. To a user, this could manifest as a cable with detected malicious code in a hardware node somewhere within being unable to do anything besides charge their phone, whereas a cord that’s either faulty, like the one that sent a Googler’s Chromebook Pixel 2 to the scrap heap, or has malicious functions built into it that could damage devices could be analyzed up and down before any functions are engaged and disabled altogether if anything alarming is found.

The standard, as well as two newer iterations and add-ons for developers, is already available and could begin making its way to existing USB Type-C devices through software updates in the near future. Although use of the standard isn’t required, having a security measure in place to prevent faulty equipment from causing a malfunction in a consumer’s device is likely more than enough motivation for OEMs to put the new standards to work in their future hardware. The standard is also accessible to creators of USB Type-C accessories, most likely leading to most accessories on the market being in compliance with the new standard and thus perfectly safe to use on any of your USB Type-C devices.