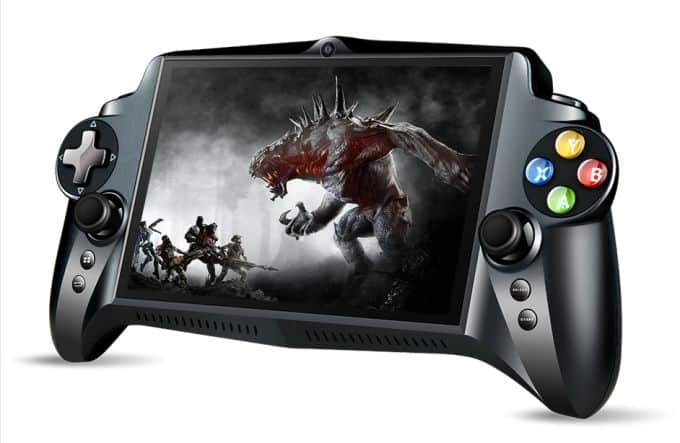 NVIDIA is a company that is firmly rooted in the gaming community and industry, having been producing products for gaming PCs for quite some time and beginning to manufacture Android products within the last five years. While most people might be focused on NVIDIA’s SHIELD TV console, NVIDIA’s chips are in more than just their own products, like this retro gaming tablet that has yet to launch called the JXD S192, which is a gaming tablet that was initially announced last October. At the time, it was priced at $299 USD, but it hasn’t yet launched here in the states. That may soon be changing as the device is now showing as being up for pre-order status in the UK from online retailer Funstock Retro.

In the UK the device is listed at £219.99 and is slated to be launched in the region on May 6th. It’s possible, however, that the launch could be held back as there doesn’t seem to have been any confirmation from JXD on the exact release dates. Having said that, if it launches in the UK on May 6th then it could end up making its way to the U.S. soon after if not at the exact same time.

The JXD S192 retro gaming tablet comes powered by NVIDIA’s Tegra K1 chip, and it comes with 2GB of LPDDR3 RAM. The screen is 7-inches in size and is Full HD resolution so games shouldn’t look too bad on it at all. It’s also equipped with dual speakers, supports Bluetooth 4.0, and features Full Metal HiFi Bass. It also has a 10,000mAh battery on the inside which should be plenty for what this device is meant for. It features a 5MP camera on the front and a 13MP camera on the back, although people aren’t likely to be taking many pictures with a device like this. For what you’re getting the price seems to be right on par. The only strange thing is that the tablet comes running on Android 4.2.2 according to the listing, which is rather old even at the time of its original announcement towards the end of last year, making the decision to use this version of Android rather curious. If this seems like a device you’ll be interested in and you live in the UK, you can pre-order the device now.