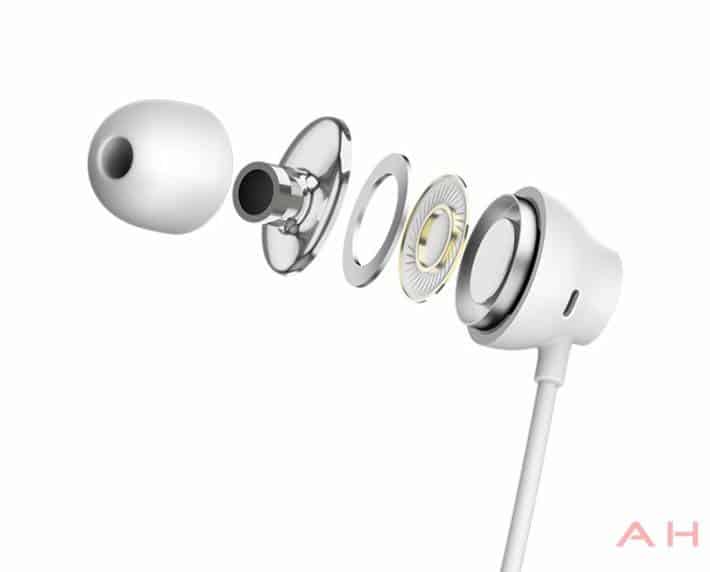 The new HTC 10 is a very promising flagship, and might just be the long-awaited “hero smartphone” the company needs to reestablish itself as one of the greatest Android smartphone makers on the market. The HTC 10 has a lot to offer on multiple fronts, and excitingly enough, the company’s new BoomSound Hi-Fi edition audio setup seems to have been created for audiophiles. The flagship features a 24-bit DAC and amplifier, and in conjunction with a Personal Audio Profile, HTC claims that its latest flagship is capable of making music sound the way the artists intended. Following the official announcement, we also learned that the HTC 10 will be accompanied by a pair of high-resolution earbuds in the box, but sadly, as it turns out, these earbuds will not be included with the HTC 10 unlocked models in the U.S. and Canada.

One of the best selling points presented by the HTC 10 is the smartphone’s new audio system. The Taiwanese smartphone maker worked hard on making its latest flagship one of the best choices for music enthusiasts, and in most cases the company even includes a pair of Hi-Res headphones in the box. Sadly, HTC USA recently confirmed on Twitter that the aforementioned earbuds will not be included with the unlocked HTC 10 variant in the U.S. @HTCCanada also confirmed that the headphones will be missing from the HTC 10 package in Canada, but failed to mention if this is true for both the unlocked and carrier models. In any case, HTC Canada did confirm that the Quick Charge 3.0 cables will be included, so prospective customers will at least get the most out of their 3,000 mAh battery.

The Taiwanese company added that although the Hi-Res earbuds will not be offered with the HTC 10 for free in the U.S. and Canada, the headphones will be available for purchase through the HTC store “soon”. It’s also worth noting that as long as you’re considering buying a pair of earbuds from HTC, you might be interested in knowing that the smartphone maker has also teamed up with JBL and created a pair of noise-cancelling Hi-Fi earbuds which connect to the HTC 10 via USB Type-C. They promise “better than CD level music” and feature 14.8 mm Dynamic drivers and adaptive noise control. 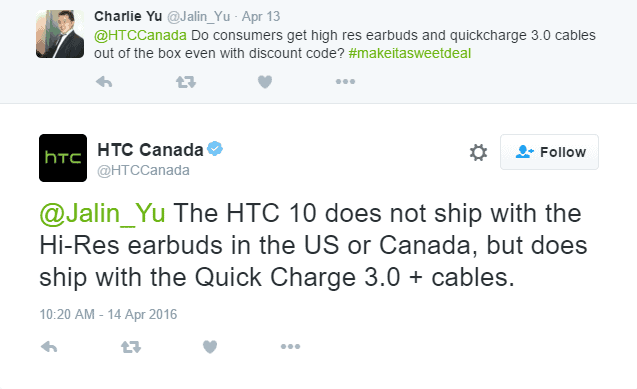