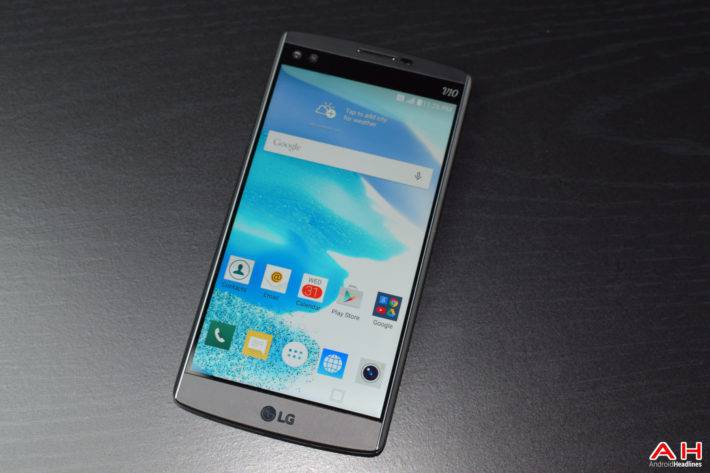 T-Mobile’s Product Manager, Mr. Des Smith (aka @askdes), has announced via Twitter that the LG V10 will receive a much-awaited update next week that should usher in Android Marshmallow for the dual-screen, triple-camera smartphone, which was launched late last year by South Korea’s LG Electronics. The carrier has already rolled out the latest full-release version of Android to the LG G3 and the LG G4, so the V10 was naturally expected to be the next in line, especially as T-Mobile had already officially announced the smartphone as one of the devices on its network slated to receive Android Marshmallow. Back in January, the carrier had announced a list of LG devices on its network that were earmarked to get the Marshmallow treatment and the LG V10 featured prominently on that list along with usual suspects like the G3 and the G4.

So taking into account all of the above, Marshmallow for the LG V10 was obviously to be expected at some stage this year, but it should still please LG V10 users on T-Mobile to finally hear something concrete on this front especially from the T-Mobile management. It is worth noting, however that Verizon had rolled out the Marshmallow update to the LG V10 last month itself, but there have been no reports about either AT&T or Sprint joining Verizon or T-Mobile as yet. Of course, the U.S. is not the only country where LG V10 users are getting their first official taste of Marshmallow. The device received Android 6.0 in South Korea and Turkey last month itself, so it was only a matter of time before LG and its carrier partners started rolling out the new Marshmallow-based update to the devices globally.

LG recently launched its flagship smartphone for 2016, the LG G5, which brings some new features hitherto unseen on mainstream handsets. While some features like a dual-rear camera set-up is starting to become comparatively more common, the one area where the device is truly unique is the way it deals with the removable battery. Of course, having been launched just recently, the G5 already comes pre-loaded with Android 6.0.1 Marshmallow. As for the impending Marshmallow roll out for the V 10, @askdes did not say anything specific about it in his tweet, so we’ll have to wait to see when it finally goes live. 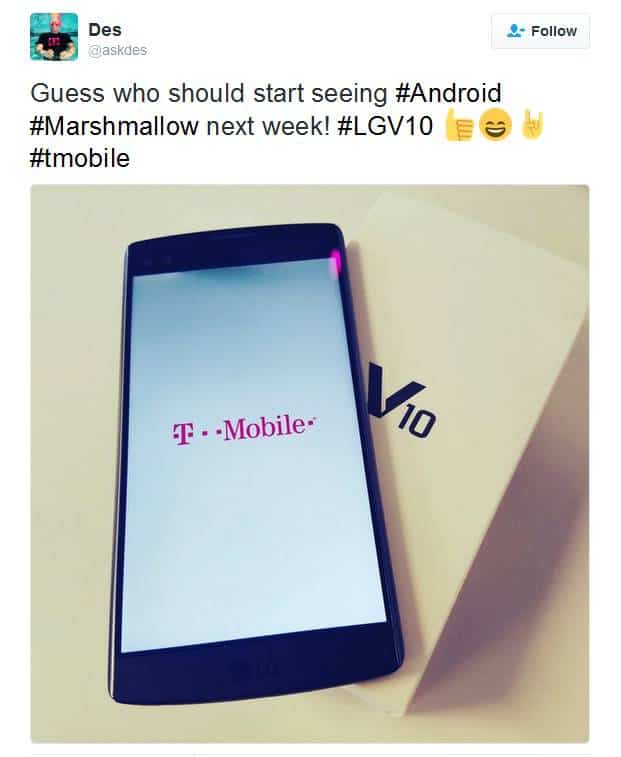