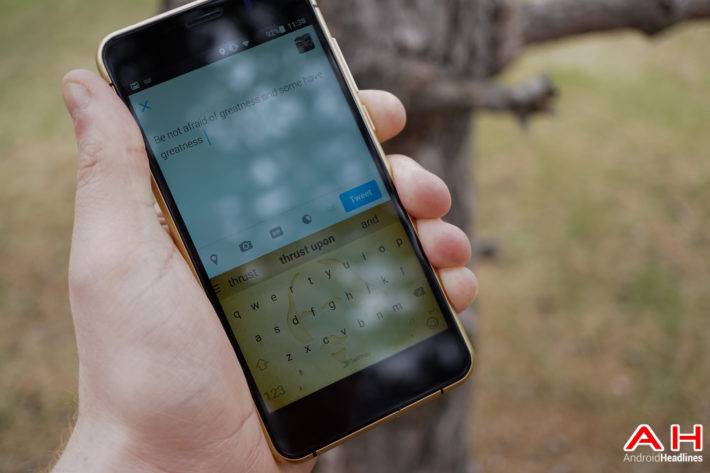 SwiftKey is great when it comes to prediction. Allowing you to type a word and based on your previous typing, it'll know what you're going to type next. It's really great. SwiftKey already has a few different apps that are available, including their beta and Neural keyboards. Today, they announced a new keyboard which is based off of Shakespeare. So now you can type like Shakespeare without doing to much thinking. It's called 'ShakeSpeak' and it's available in the Google Play Store now. If you type in sentences from Shakespeare's classics, the app will attempt to complete the sentence. Although it's not 100% correct in typing like Shakespeare, but it's pretty close. So now you can get your inner Shakespeare out with ShakeSpeak.

While creating the app, SwiftKey said that their top language experts used plays like Romeo & Juliet, MacBeth, Twelfth Night and The Tempest to analyze Shakespeare's words. As you'd expect ShakeSpeak also learns as you type. Seeing as that is one of the big features of the regular SwiftKey app.

SwiftKey decided to make this keyboard to coincide with the anniversary of William Shakespeare's death, which was about 400 years ago now. It was developed by SwiftKey Greenhouse, which is their Lab section of the business. So that all of the cool apps, and features that you wouldn't expect, likely spent a bit of time in their Greenhouse before getting into the Beta app or even the stable SwiftKey app.

Earlier this year, SwiftKey was purchased by Microsoft. Likely for all of their AI work that they have done with their keyboard. Since that appears to be the next big shift in terms of the big tech companies. The deal was approved, but it looks like Microsoft is still letting SwiftKey run the show, for the most part. Which is great for SwiftKey's large and loyal fan-base. SwiftKey was one of the first big third-party keyboards on Android and have been around for at least 6 or 7 years. Going from the top paid app on Google Play to now being one of the top free apps on Google Play.

You can download ShakeSpeak from the Google Play Store today.