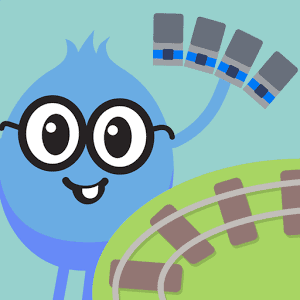 Dumb Ways JR: Loopy's Train Set is an Android game that is perfect for 3 – 7 year olds and hopes to capture some of the fun a train set can deliver without the mess or complicated setup. Dumb Ways JR is a sub-brand from Dumb Ways to Die, one of the world's most popular safety campaigns. The game has two different modes – Drive and Build – and has three different levels in each game mode, helping younger children learn how to make a loop or train track while giving older kids more stations and more options to make challenging tracks. Dumb Ways JR: Loopy's Train Set is full of charming characters, that insatiable need to pull the train whistle and more all packed into a fun little game to help engage young kids and help them get off to a good start in life. Plus, for big kids this gives them the opportunity to relive their days preparing train sets with their own parents.

As with most games on Android, it's a good idea to download Dumb Ways JR: Loopy's Train Set from the Play Store. I was a little disappointed to see that there was no free option to try out the game, but for a children's app making sure there are no ads is always a bonus. 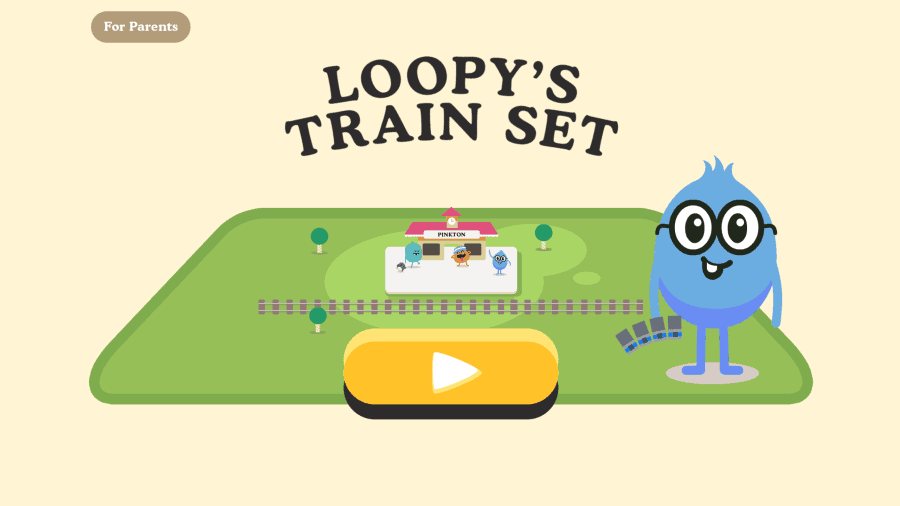 One thing that I always like to see in this kids games is a "For Parents" button, like the one that's featured here. This gives some more in-depth insight into how to play the game, which might seem a little unnecessary for a game like this, but we'll soon see why. 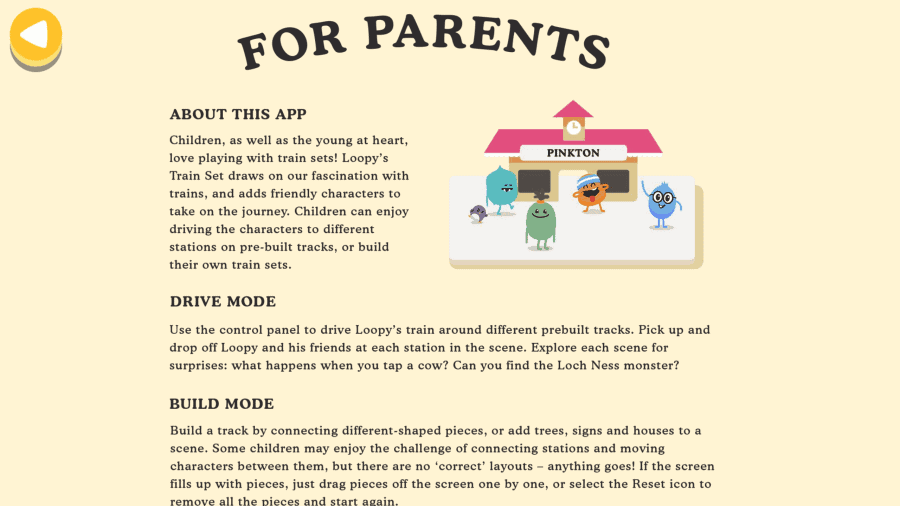 Dumb Ways JR: Loopy's Train Set offers little ones two different game modes, one of which lets players build their ideal train set, and another that lets them just happily direct the train around a pre-determined track. 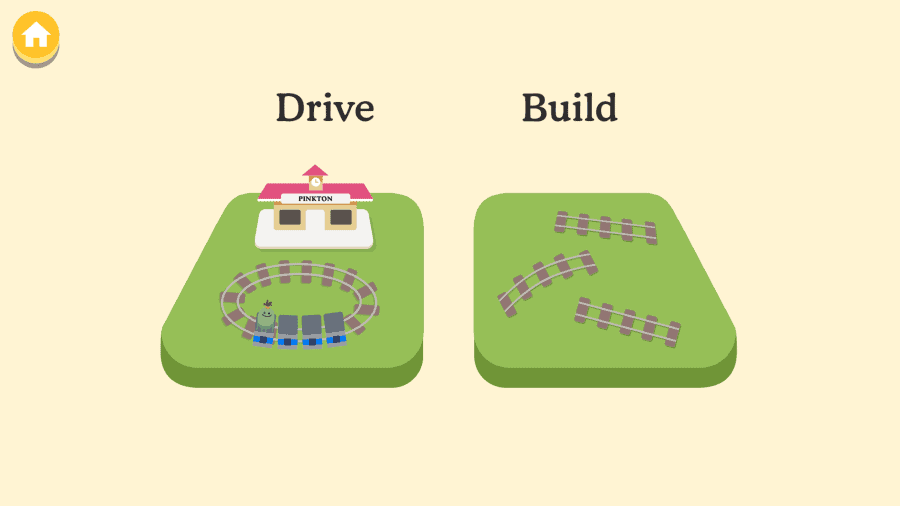 No matter which mode you choose there are three different levels involved. They each follow on from the previous level, and vary mostly by how much space there is to work with and how many stations there are to link together. As a big kid myself, I went for Level 3. 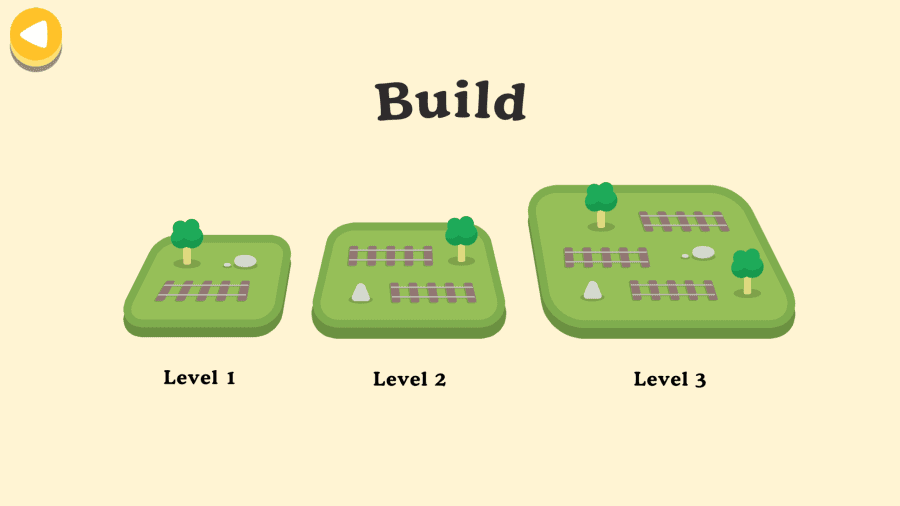 When playing the build part of the game, there are some train stations and track already placed, with gaps in between, guiding little ones to fill these gaps in with their own track designs. 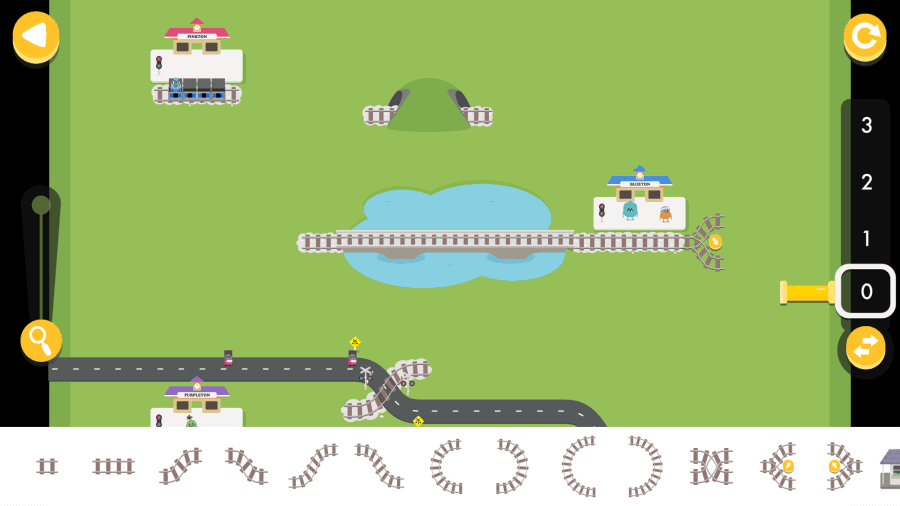 As this is a game for kids, I was pretty happy to see that the controls are super-easy to work with. All that's needed is to drag a piece and then place it where you want to put it. There's also no need to mess around with any delete tools or anything like that, if you've changed your mind, just drag it back to where the rest of the pieces of track have come from. I had great fun putting a together a fairly basic track, but there's a lot of scope for improvement here, as players can place their own switching pieces of track as well as new stations and all. 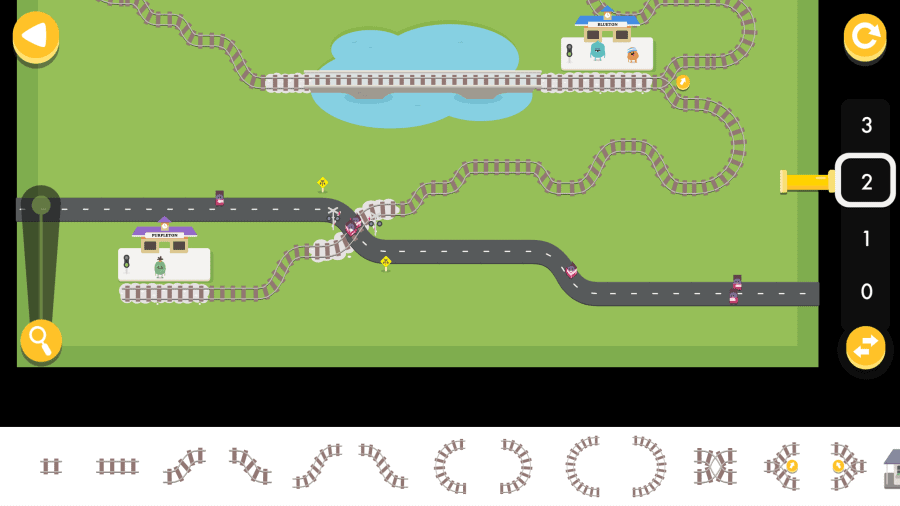 When playing in the Drive mode, players will get up close and personal with the cute and charming characters that Dumb Ways JR: Loopy's Train Set has on offer, and there's always the tempting chain to pull, which will result in a fun and pleasing train sound for kids to obsess over. 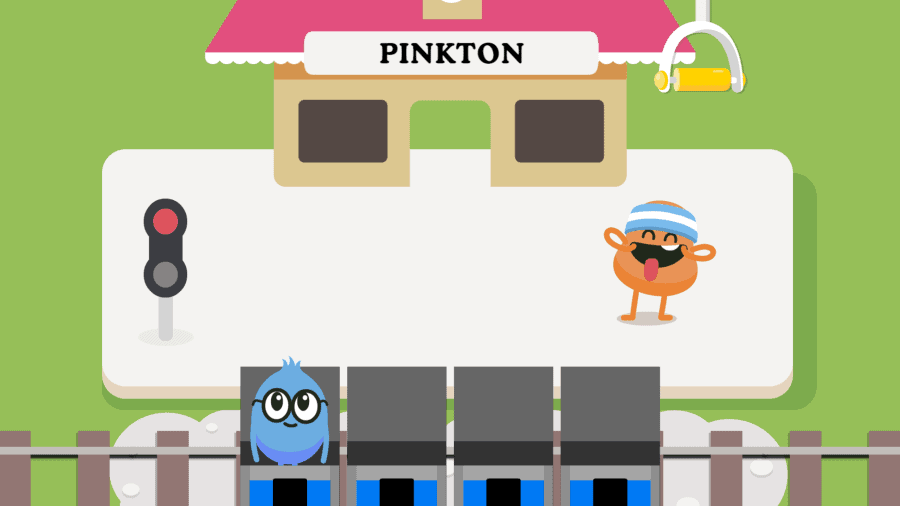 As someone who lives in an English village called "Pinxton" I was happy to see the "Pinkton" station, however in reality the different stations are named after simple colors. Directing the train from station-to-station and changing the track is a lot of fun, and those that grew up with train sets will appreciate this wave of nostalgia. It's also a great way of introducing kids to the fun that a train set can offer. 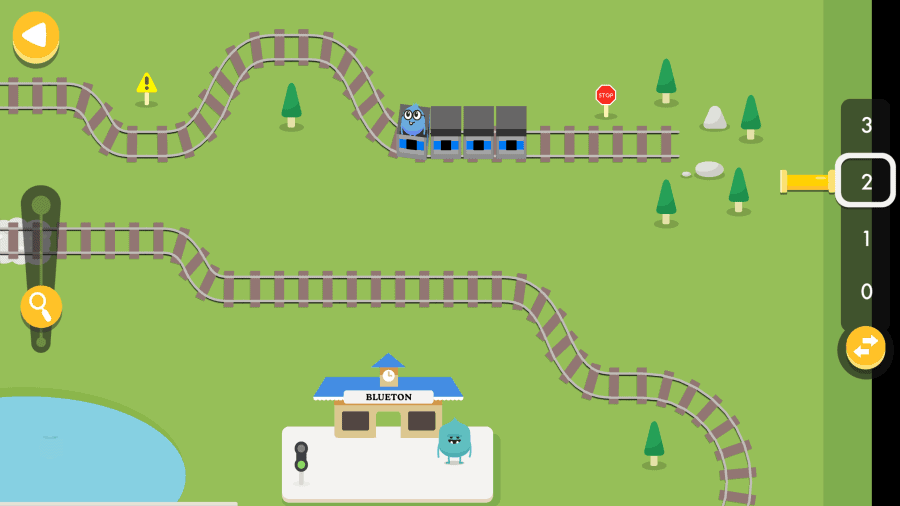 After spending quite some time with Dumb Ways JR: Loopy's Train Set, I can certainly see why a lot of younger players will find a lot to love about it. After all, what's not to love about building your own train set? I can't imagine that there will be many children out there that aren't intrigued by trains, and the act of building a train set can be something that parents and kids do together. These days, as traditional toys become less and less common and fairly expensive, it's hard to do something like that in the flesh. So, Dumb Ways JR: Loopy's Train Set allows families and kids to explore how a train network works with cute, engaging graphics and perhaps learn a thing or two. I did wish that there was a little more space in the level 3 build, but then I have to remember that this is a game designed for little ones, not my own inner child. All-in-all, this is a charming game that I can see a lot of parents and kids bonding over, and the animations and sound effects are all great fun, too.

Building a train set is something that I dreamt about when I was a kid, and I remember spending time with my Dad making a wooden set, but an electric set is what I always wanted. The big kid inside of me wishes I had something like Dumb Ways JR: Loopy's Train Set to satisfy my need to create a train set. For younger users, there's a lot on offer to create a train set, and this is something that I thing parents should certainly try out as it's a great way of using an Android phone or tablet for something other than playing a game or watching a movie.