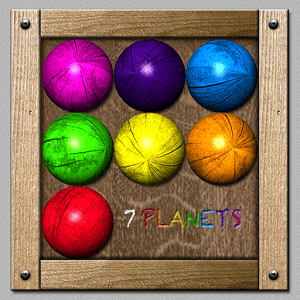 7 Planets is an Android game that's based around the popular Ziv Zav board game from 1985 and tasks players with placing colored balls in the correct row on the board. Each board has 28 balls in 7 different colors and depending on game mode and level, you'll have to align a row of a certain color on the board. Things sound easy enough, but this is a game that requires logical thinking, and as all the balls in a single row or column move together, it can be difficult to figure out just how to get a row or column of one single color. Perhaps the best way to explain the game is to just take a look at the below video and get stuck in.

A quick download from the Play Store, players just need to launch 7 Planets to get started. 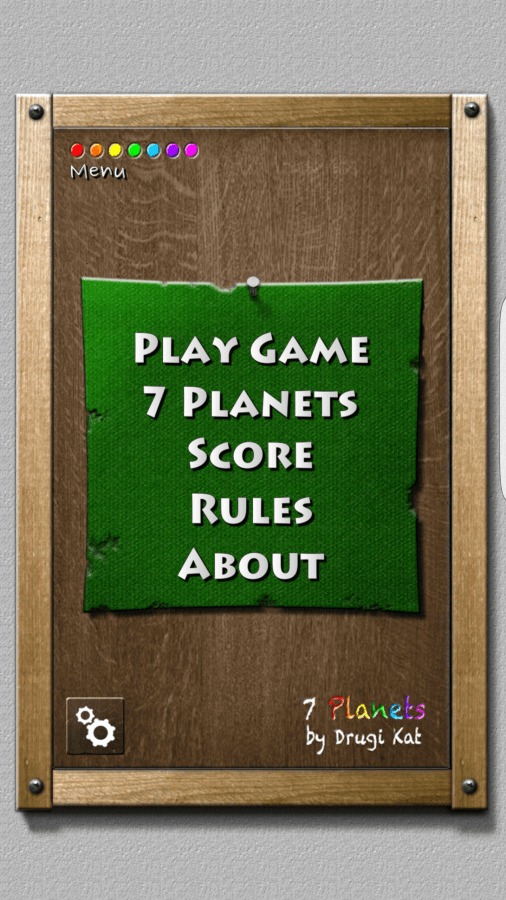 It's here that players can get acquainted with the rules, before even playing the game, and this is something I definitely recommend people do, as this is not a game for the fainthearted or lazy. 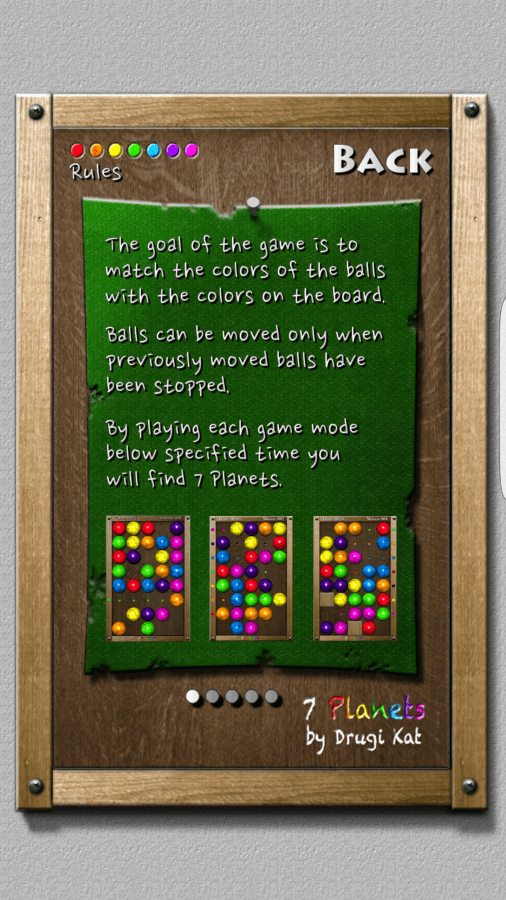 Some of these rules and how to play the game could be explained better I feel, but as with most things the best way to get used to something is just to give it a try. How players can do that is by loading the game up and choosing one of a few game modes. 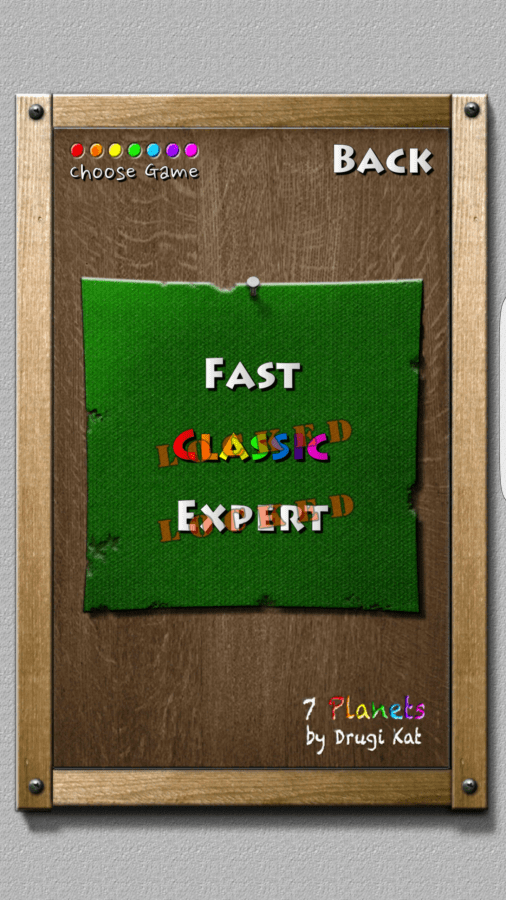 When playing the Fast mode, players will be given a board with 28 different colors that are randomly placed throughout the board. 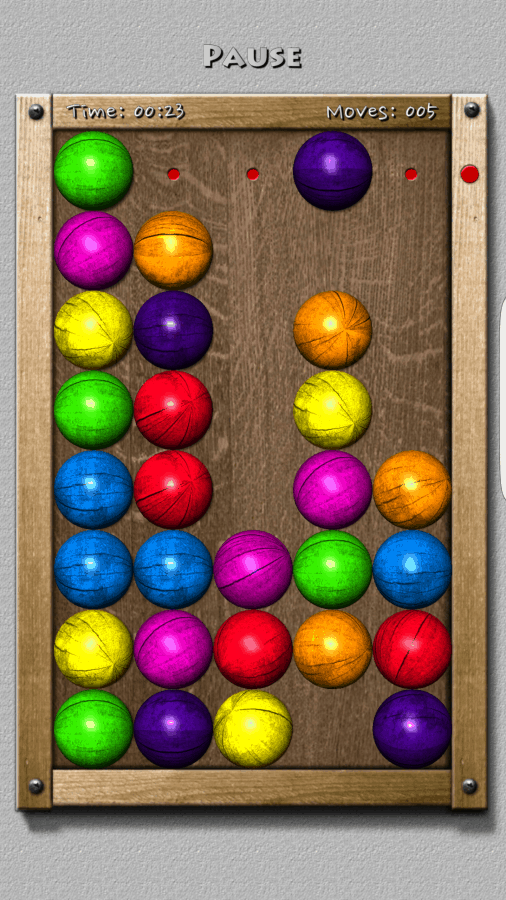 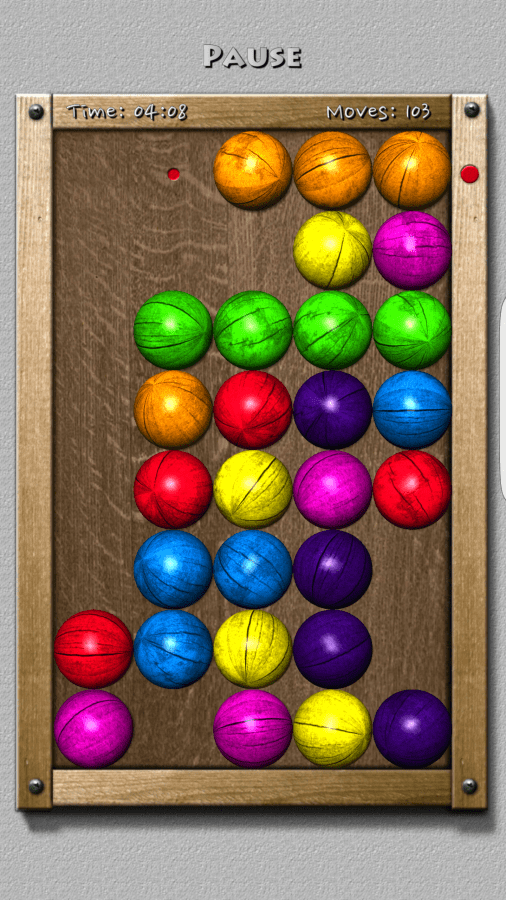 As I'm doing this, we can see that both the timer is increasing the longer I take and the amount of moves I make is going up as well. After a little while, I managed to complete the task at hand however, and complete the level. 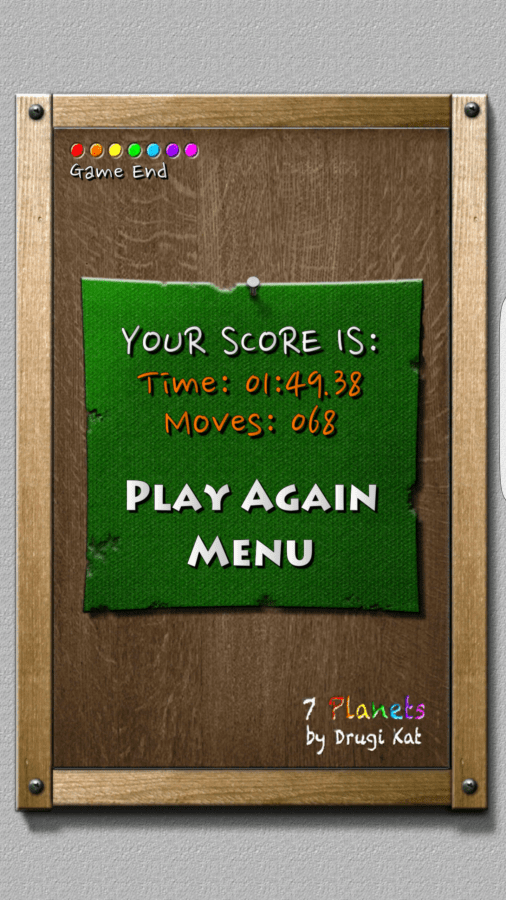 This is just the Fast Mode, and I even thought that was difficult, however the game can become a real challenge in different game modes, which ask for most of the rows to be matched in the right colors. 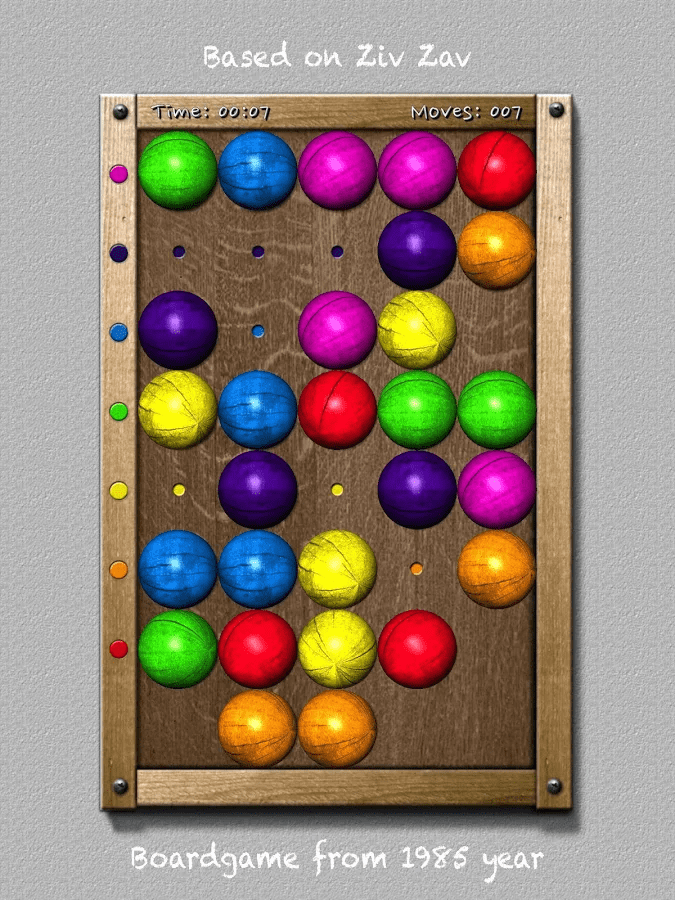 As players keep on progressing throughout the game, 7 Planets can become a very, very challenging game, even throwing up different obstacles and such to throw players off. 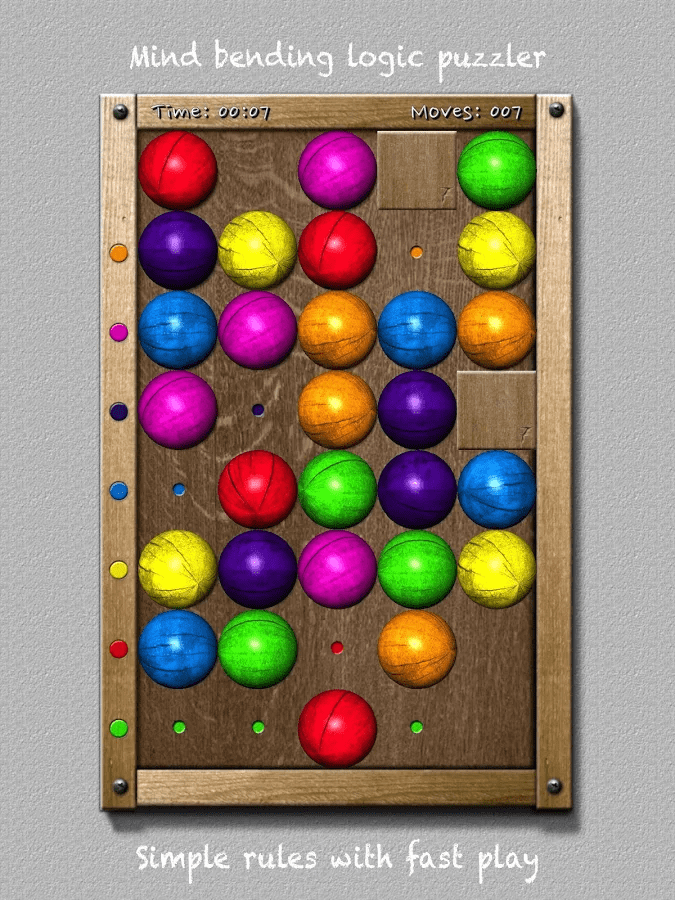 When playing 7 Planets I kept on thinking to myself that this game has to be impossible. Of course, that isn't the case at all, and after some time I quickly got the hang of things. Even so, I found the fairly simple Fast mode of the game to be a real challenge, I dread to think how difficult the Expert mode can be. This is down to the sort of player that I am however, and I'm not that good at deep thinking much at all, my brain is geared towards reaching an answer quickly or relying on prior knowledge. That's perhaps why I find a logic game such as 7 Planets quite so difficult. For players that enjoy deep thought and challenging games however, 7 Planets should be a real tough challenge for them. It's a rewarding one as well, thanks to the unlocking of further game modes and such. With good-looking graphics overall and some nice music, there's a lot to like about the game's appearance, and even though it might be too difficult for some, it's nice to see a challenging game like this available on Android.

Altogether, 7 Planets is something that not a lot of people will instantly jump at the chance to play however, after giving it a chance, they might find that they enjoy the challenge and are willing to take on more of it. I found the game really quite difficult, but it's something that I can see a lot of perhaps older, more experienced puzzle and board game players really enjoying. It looks good and sounds good as well as being a tough challenge for deep thinkers out there.