SpotCues is an Android app that aims to create an instant social network compromising the people around the same place, event or establishment. Using data available on Google Maps and their own servers, SpotCues can quickly help people in the same area connect and interact with each other online without jumping through messy online hoops or anything like that. The idea of SpotCues is to help people in the same place connect to each other, be that a workplace, a stadium holding a concert or event or whatever else. Using SpotCues, users in the same place can share content, chat with each other and a whole lot more. It's free to download and use, so what are we waiting for?

As with most Android apps, SpotCues can be downloaded from the Play Store, and after a quick initial setup page, users can get started. 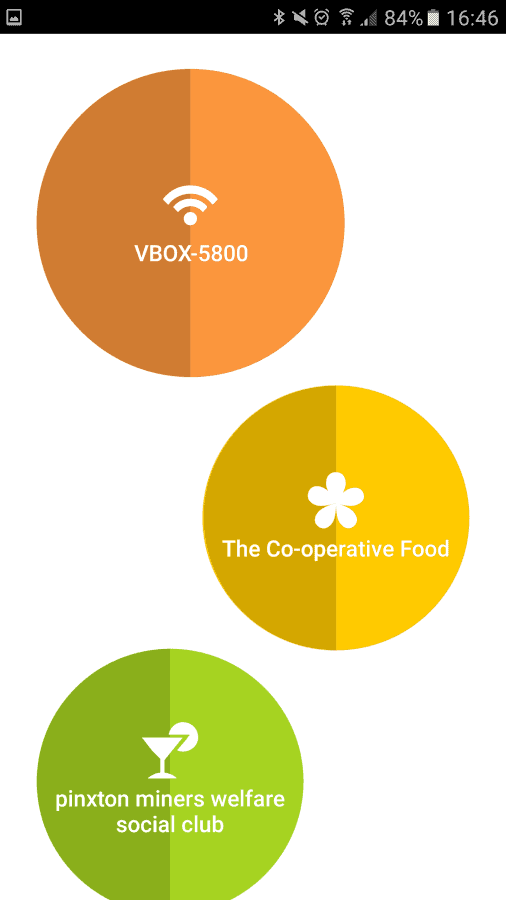 Here we can see that SpotCues has given me a few places – including my home WiFi network at the top (which would be very useful for a work network to connect certain offices or teams of people together during work hours) and one bar/social club. I happen to live pretty far out from any major cities and such, but there's nothing stopping me from sharing a note or getting people to join a new pool team, for instance. 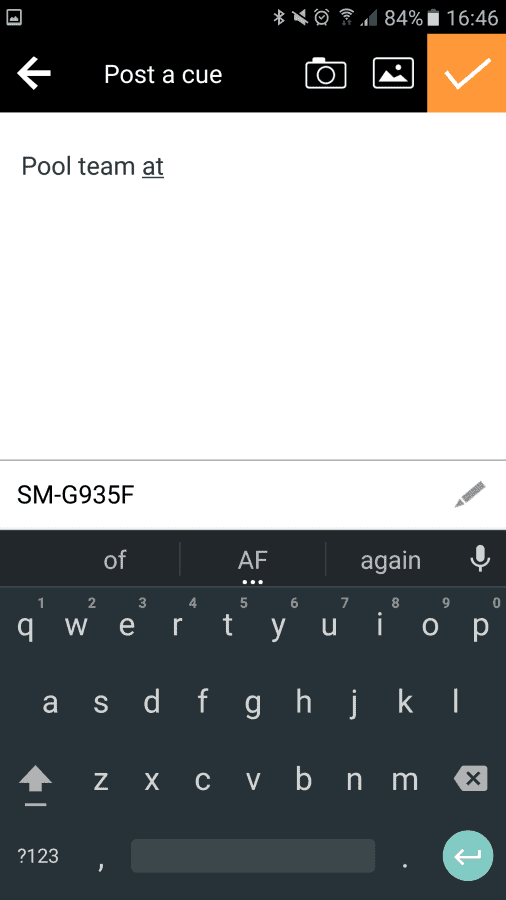 Normally with these social apps that encourage people to hang out together make me wonder whether or not you have to live in a built-up area or in a city and such. With SpotCues however, the whole point is not to connect with just people where you live, but wherever you might be at that very moment. Using that logic, users can connect with people during an event at a stadium. Such as a concert or a sports match, which a lot of people do using Twitter or perhaps Snapchat, but as those aren't focused methods of doing just that, SpotCues is a much better choice to go with. 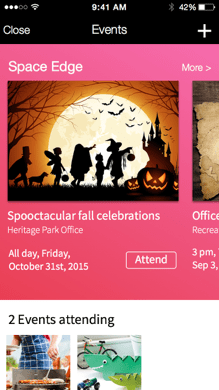 SpotCues includes a number of different options for location-centric networking and connecting, such as pre-built HTML5 apps for those looking to connect with a little more than simple sharing. Regardless, users can share images, comments, links or whatever else using SpotCues no matter where they are. This sort of thing would be great for say a semi-final basketball match that was happening along with another match being held elsewhere – someone could share the results from that other match to those attending the current match. Or, it could be a fun way for people to have a laugh in the workplace. 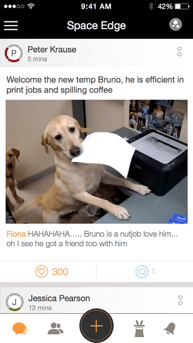 One thing that has me intrigued is the potential for SpotCues to be used within the workplace. Sure, it can be great to get people at work smiling and laughing about a common goal, but it could be used to great effect organizing people and events, too. 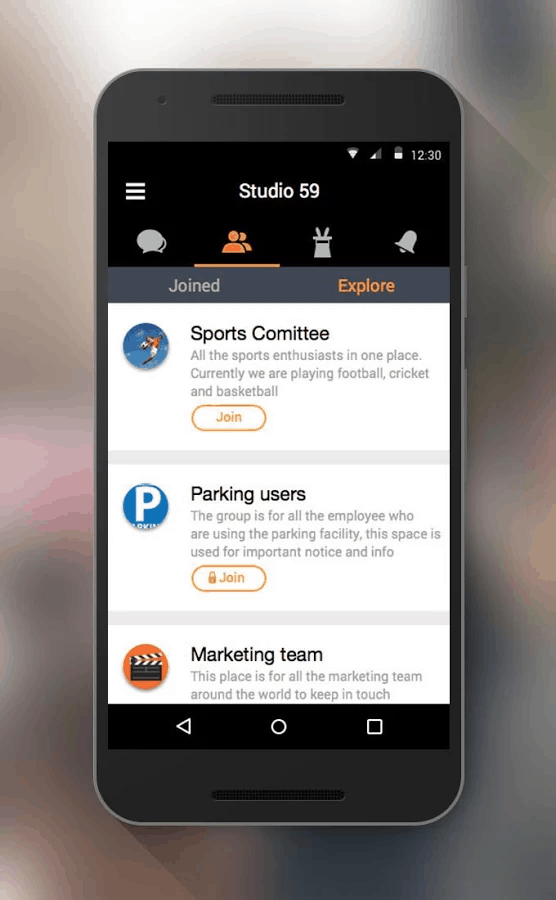 With SpotCues, each establishment and such can have their own set of links to organize announcements, events and so on, keeping all this information nice and neat. 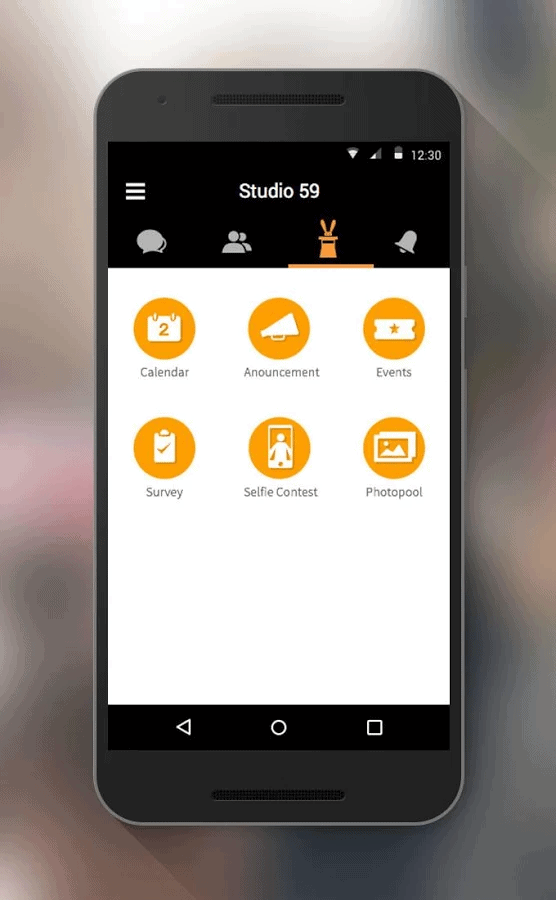 For the workplace, SpotCues could be used to great effect in getting employees behind projects and such, without that "grubby corporate feeling" that a chain email or printed memo often has. 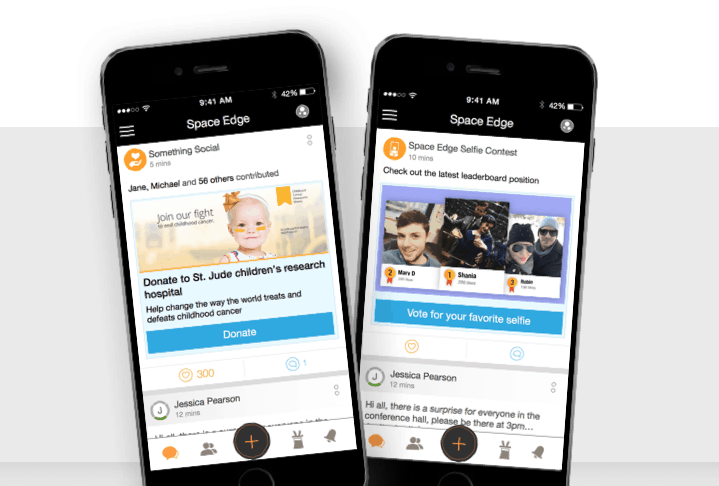 SpotCues isn't just useful for workers in the work place, it can also be used to create what SpotCues is calling "micro-apps". These are developed using HTML5 and can be quickly deployed for a specific space or business, making it easy to get your customers and such familiar with the app. 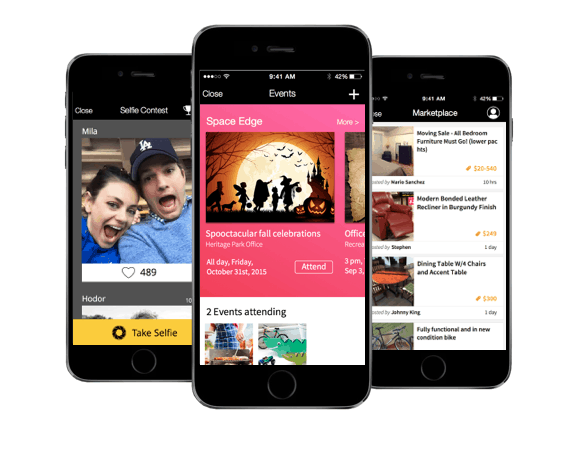 When spending time with SpotCues "potential" is the word that kept on coming to mind, which isn't a bad thing at all, but SpotCues needs to better realize this potential. The app is absolutely filled with lots and lots of different use cases, and there's a lot that people can do with this both in the workplace and during a social event or just going to an event or concert. Seriously, the amount of things that SpotCues can be used for is dizzying, there's just so much potential and scope, which is all thanks to the fact that SpotCues presents itself as a quality set of tools, leaving the creation up to the users. The micro-apps feature is something that can help businesses and stores drive more engagement and it can also be used for promoting sales or special events as well. There might be other apps out there that offer this functionality, but the simple HTML5 coding allows these places to take full control of their SpotCues presence.

SpotCues is the sort of Android app that some will find a great deal of uses for it, but without much documentation and such available, there will be many more that will be confused about how to make the most of it. SpotCues is a good-looking app and one that has a lot of potential for bringing people together, but it does need some better documentation and a better Play Store description to help people get started.