Planar Conquest is an Android game that tasks players with conquering the planes to reach ultimate domination. It’s a deeply complex strategy game where players will need to select everything from the different planes of existence they want to include in their game to the type of faction they’ll be controlling. There are multiple races to choose from and players can create their very own sorcerer lord to rule over the chosen race, expand their armies and learn powerful magic spells all in the midst of exploring each plane that’s filled with dangerous enemies, dungeons, rewards, and more. With a rich narrative background to immerse the gamer in a fantasy universe, great 3D graphics, and tons of things to do, Planar Conquest is a game which can provide hours upon hours of fun especially if you’re a huge strategy fan looking for something that delivers a very in-depth experience, so let’s take a look.

Before you can dive into Planar Conquest and really see what it’s all about, you’ll have to head over to the Play Store and download the game. 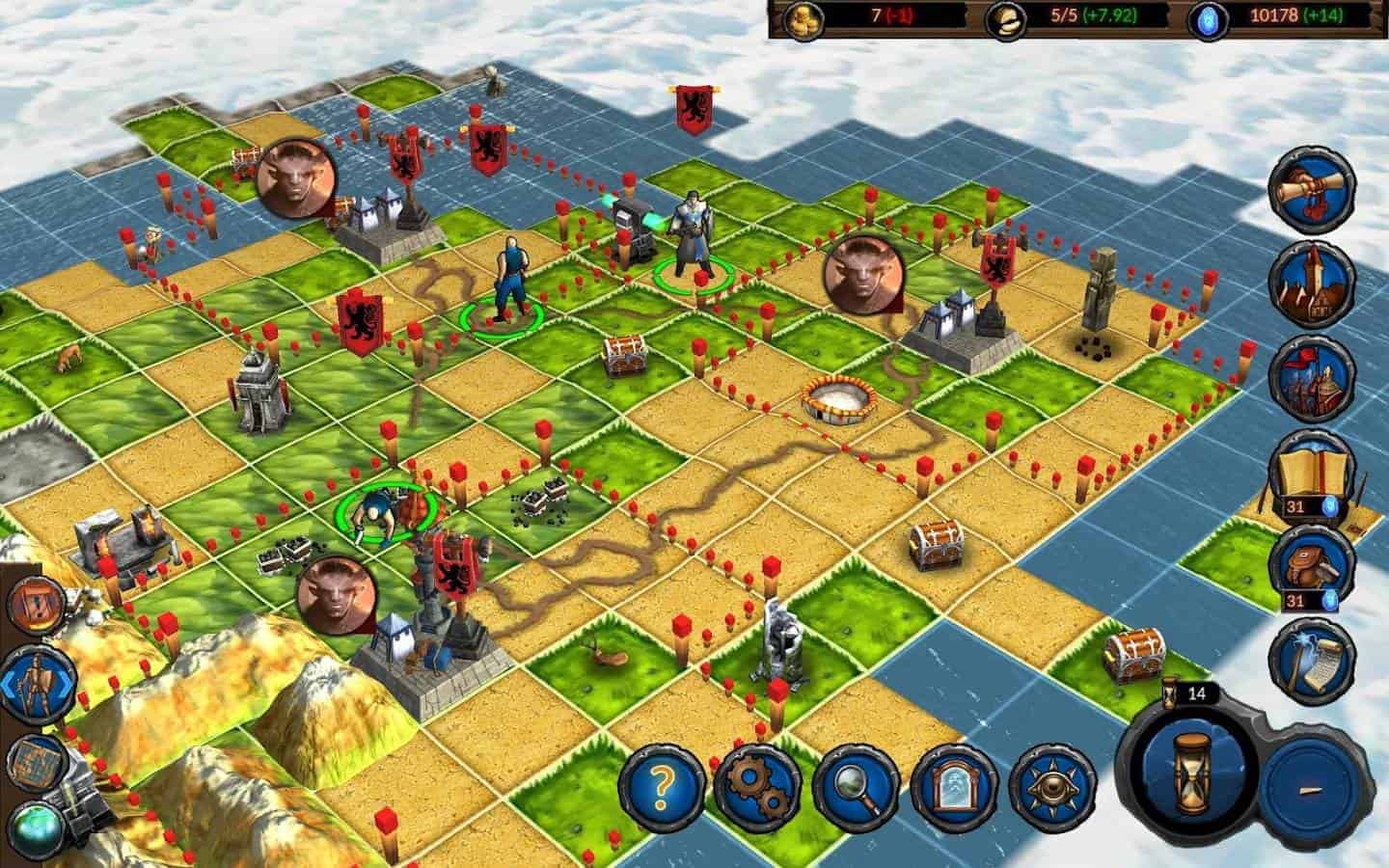 Planar Conquest begins by showing the player a short but informative cutscene that transitions you nicely into the backstory of the game. Afterward, players can choose to jump right into gameplay or they can take things slow by selecting the tutorial first. If you’re not as familiar with strategy games or you simply want to know everything there is to know about Planar Conquest before getting started with a real game, doing the tutorial first is recommended. 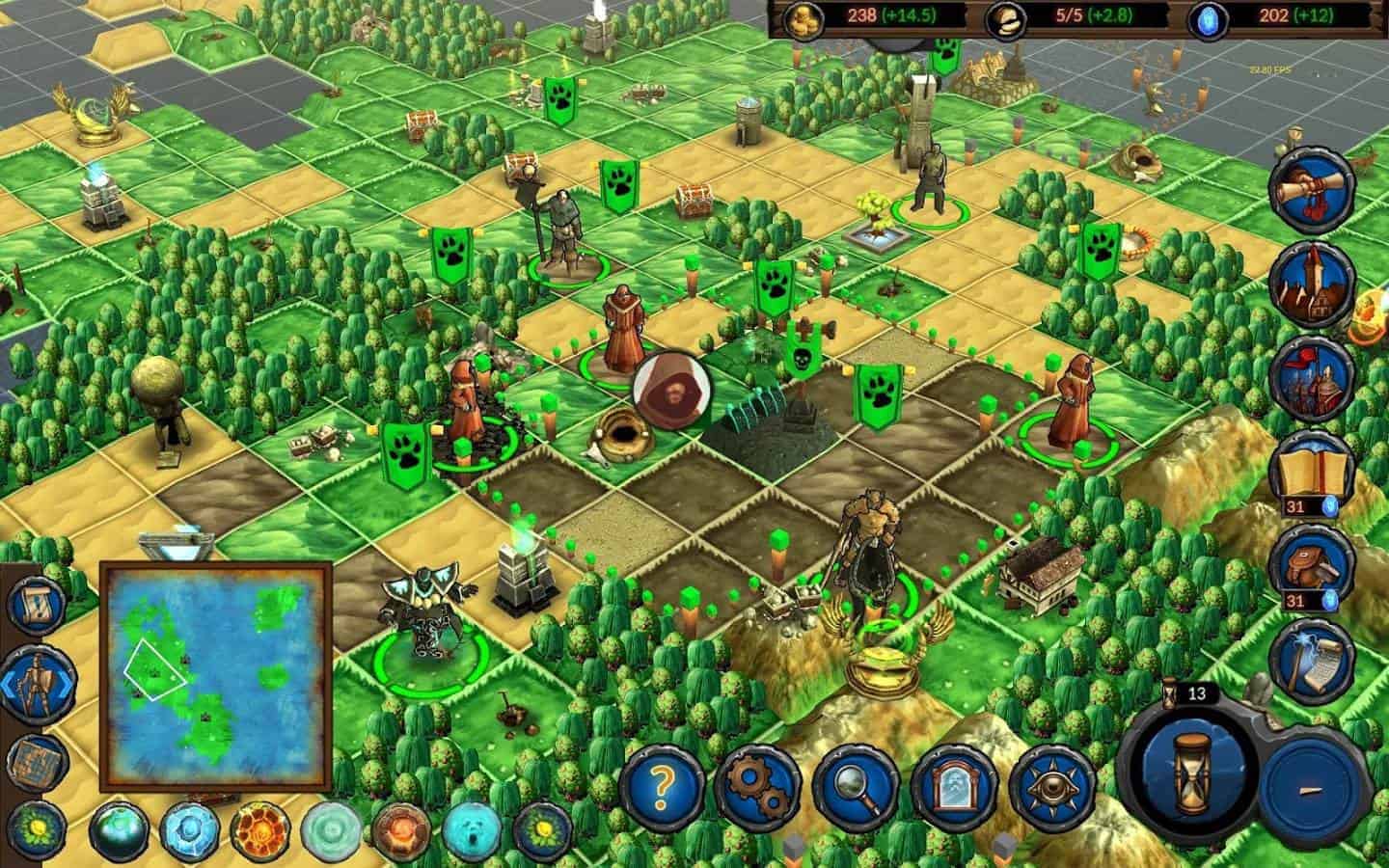 The worlds of Planar Conquest are laid out on a board or grid on screen with an angled top down view so you can easily see everything. You can also pinch to zoom in and out if you need to see things from a wider scope, and you can pan the screen to move around the board. 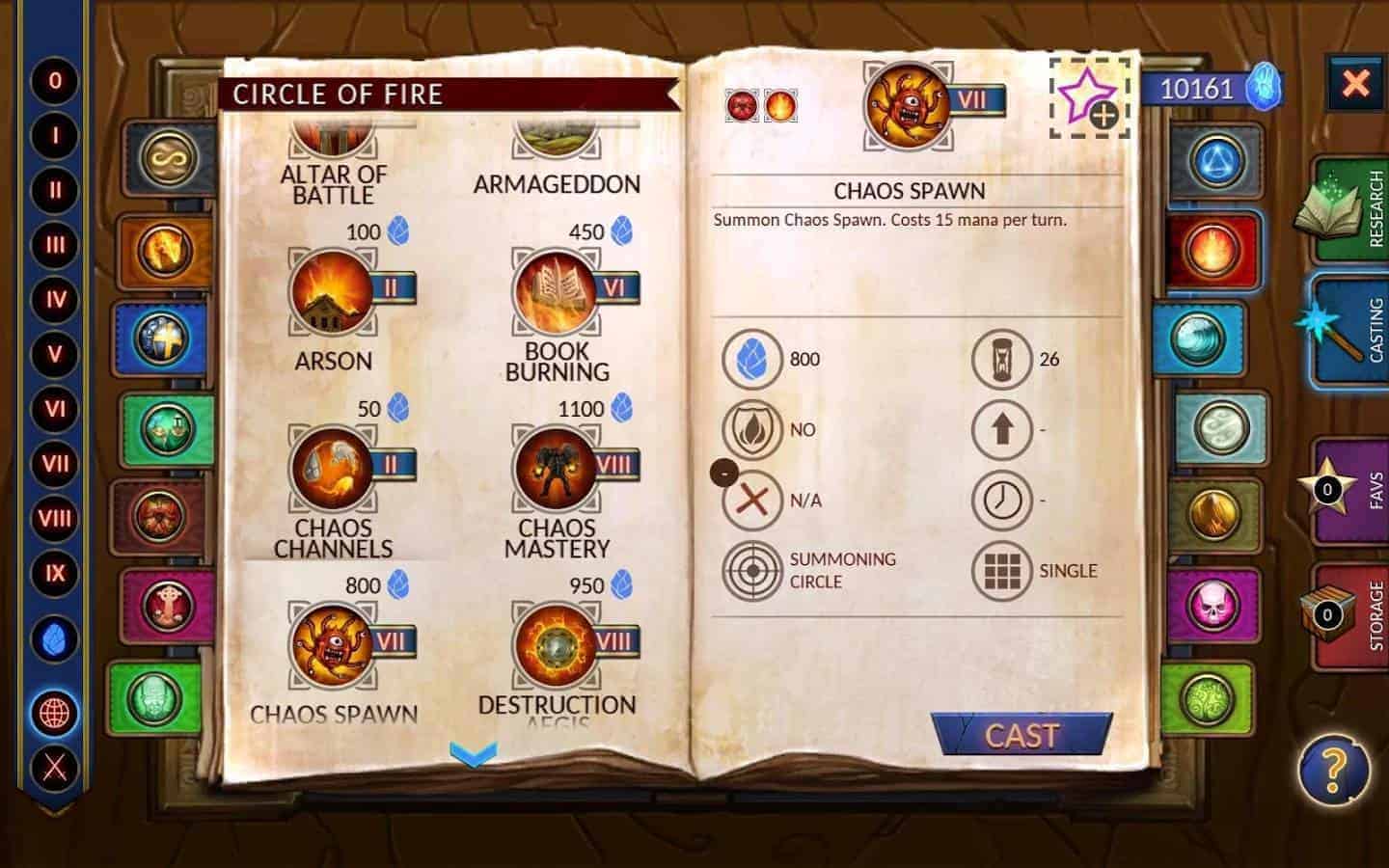 While Planar Conquest is mainly about conquering the realms you explore, there are many different elements at work. You start off with a small city under your control with a smaller number of citizens, and throughout the game you’ll need to make sure that your cities always have what they need from resources and income to armies for protection, and you’ll need to keep them happy.
You can raise and lower taxes in your city which has the potential to raise the level of city unrest, and you’ll need to constantly be checking and managing your citizens, such as farmers, to make sure that they’re growing food and crops to feed the people and the army. What is a big part of the game is the spellcasting, you can research and cast among over 300 spells, from simple acid arrow during the battle trough improving the fertility of your fields even up to creating Tornado or Meteor Storm. 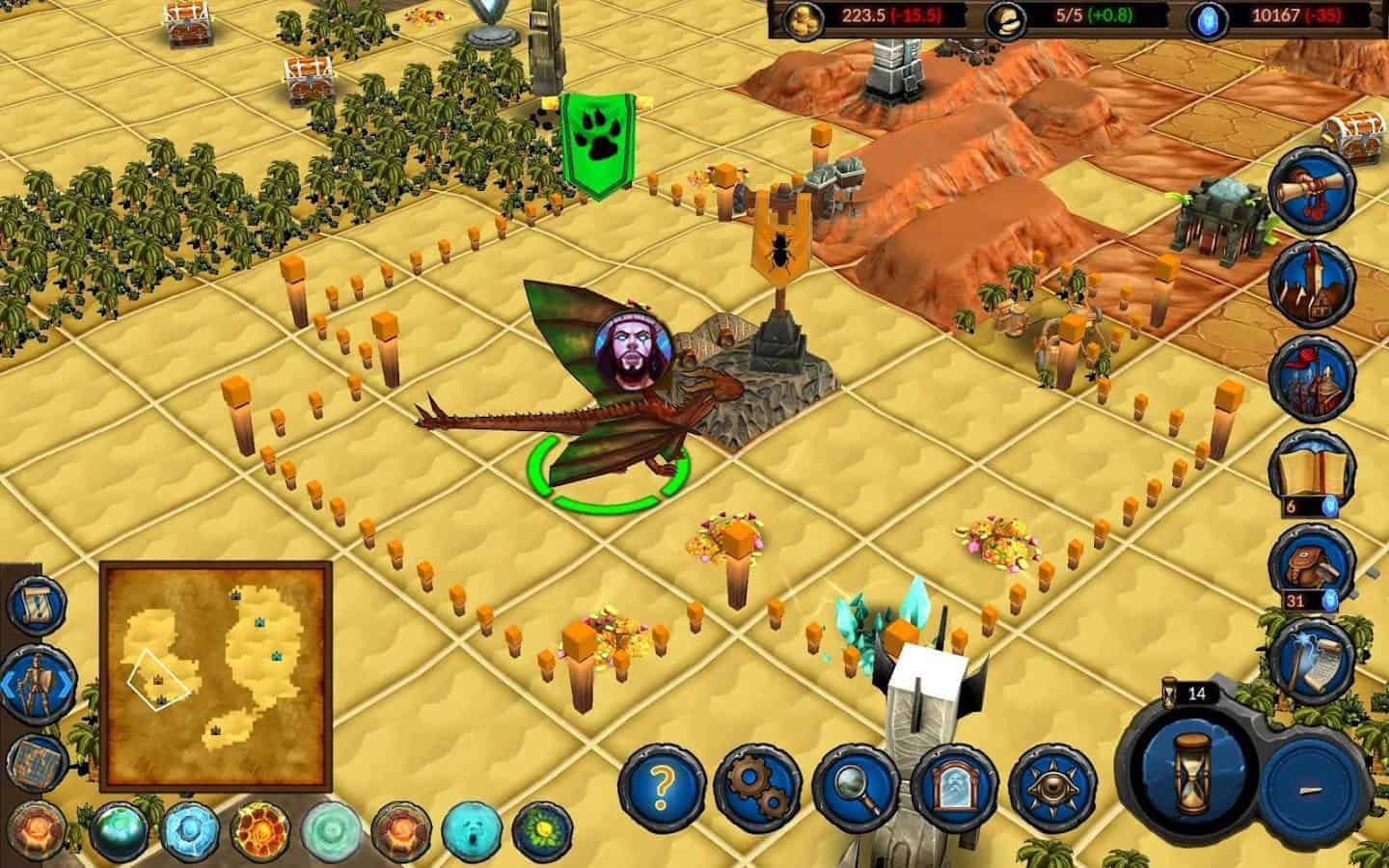 There are tons of different ways to improve your city and build it up to be even stronger and more prosperous, and beyond the different soldier types there are over 160 different types of units you can deploy, including sages, pioneers, druids, glaiveguards, archers, and even dragons. Every race has got its own unique units that are differentiate not only by look but also by traits and abilities. On the top of that add the possibility to recruit heroes and champions which are unique for each game and last but not least, the powerful titans which solely can change the course of any battle. 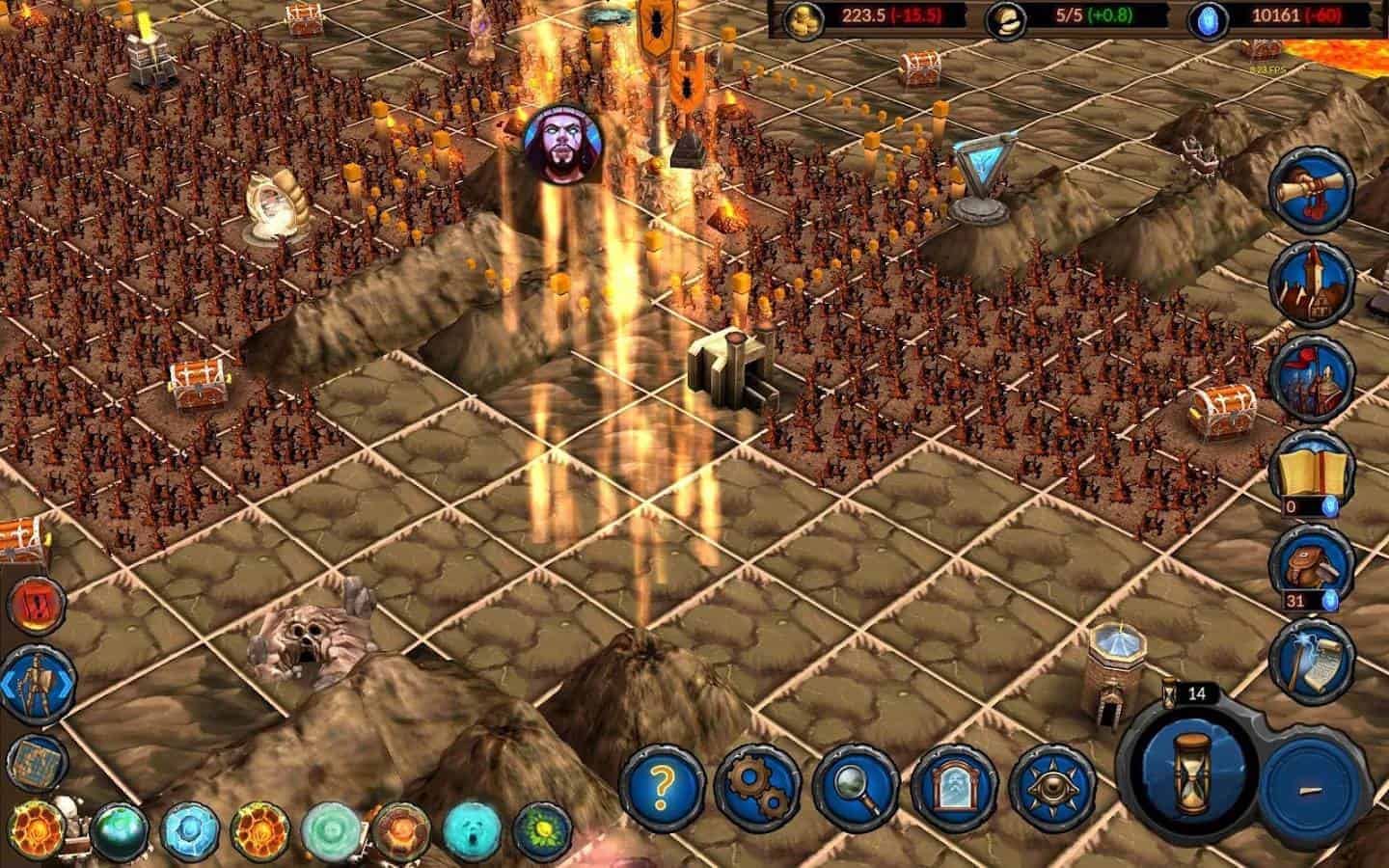 To create some of the different resources and unit types, you’ll have to construct different buildings, like the armory, housing, a farmer’s market, and more. Just like in many other strategy games, constructing buildings will take time, and you will have a city queue that displays how long things will take once you begin construction. 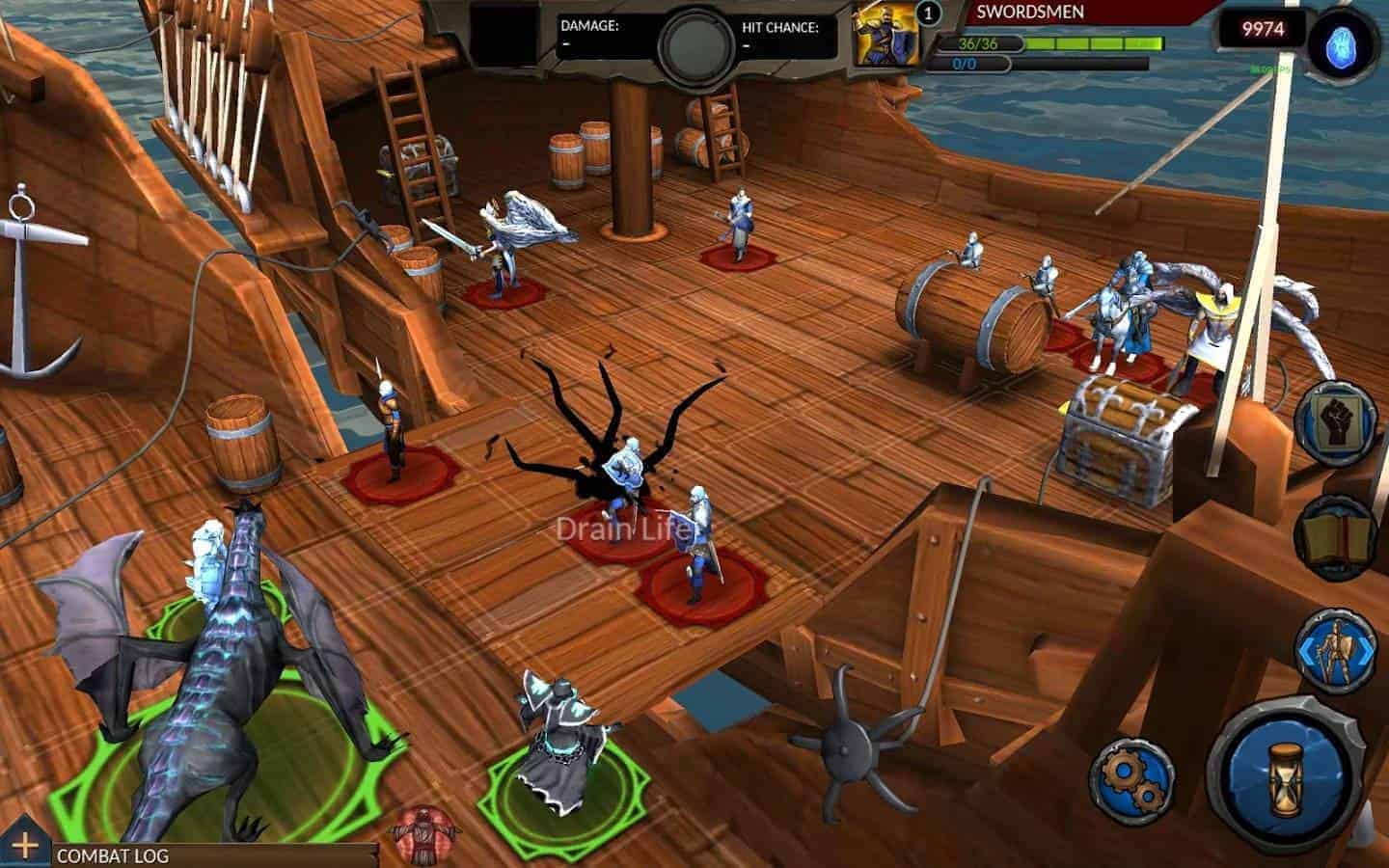 Nearly everything you do in the game whether it’s researching a spell or building up different city resources will be displayed to the player from the big notification button which sits in the bottom right corner of the screen after tapping the “+” to expand your game menu. 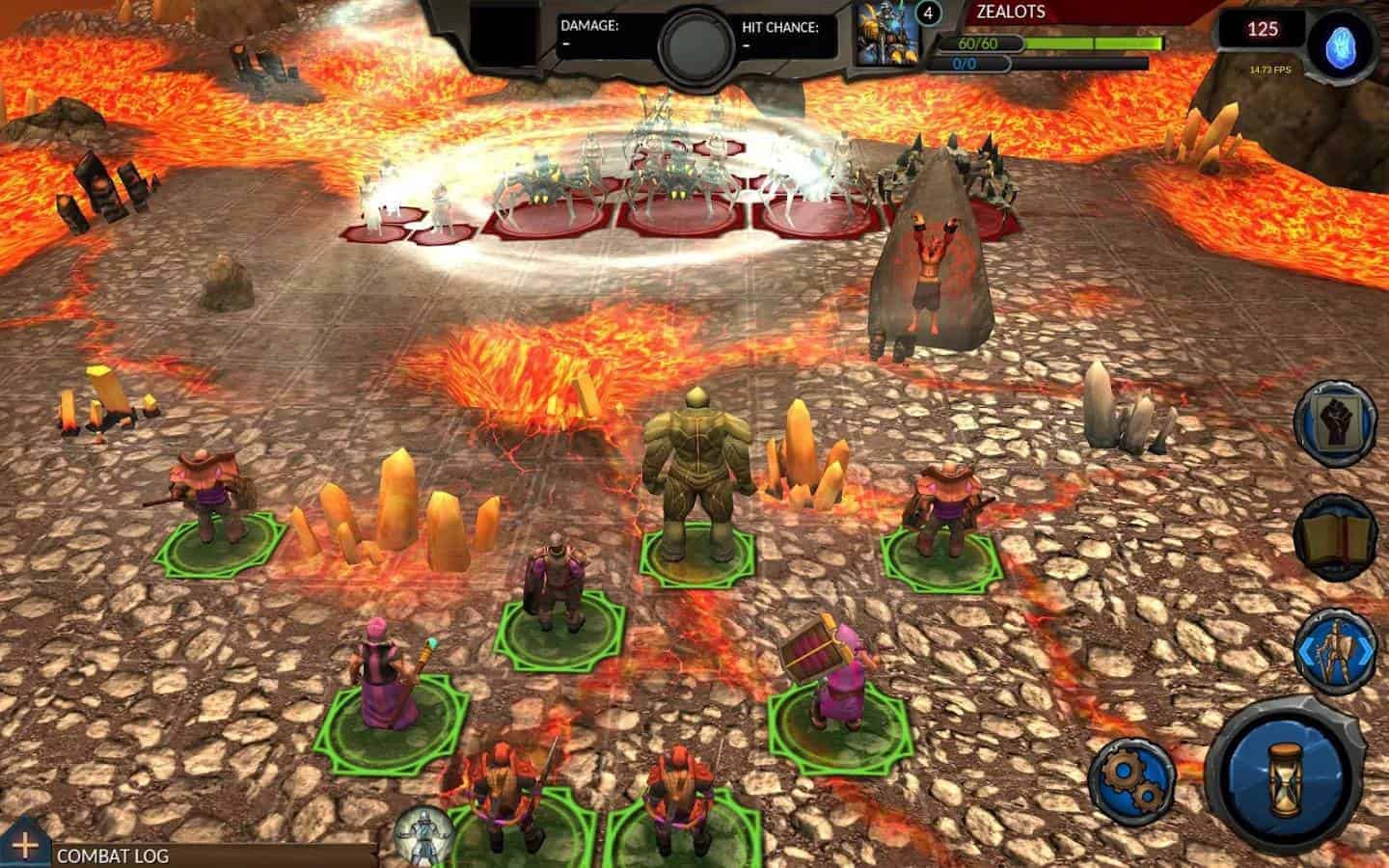 Although much of the gameplay will take place on the world map as well as in the screens for your city, spellbooks, and more, there is also quite a bit of combat and players are taken to a separate battle screen when combat begins. As this is a strategy game, battles are laid out on a grid and each unit will have its own strengths and weaknesses from attack and defense types to how far or close they must attack. Some thinking will definitely need to go into each battle, which is another reason the tutorial can be of use.
Digging into Planar Conquest is likely to be filled with tons of enjoyment, it is worth keeping in mind however that there is a lot to this game so it will require quite a bit of focus and strategic thinking. If you enjoy strategy games which pride themselves on being challenging, Planar Conquest is a great fit. There is lots to do and plenty to keep you occupied. Having said that, if you aren’t the type that likes to manage many different elements within a game of this magnitude, it might not be what you’re looking for as there really is a lot that you’ll have to be aware of at all times.

As strategy games go, Planar Conquest will have a lot to offer any fan of the strategy genre. There is a lot of in-depth gameplay and many features, which can be a lot to take in but so long as players focus on each element, go through the tutorial, and read everything, it gets easier to understand and can end up being lots of fun. Through all of its complexity Planar Conquest should be able to deliver many hours of enjoyment. While the game is available on Android now, it will also be gaining PC, PS4, and Xbox One versions i Q2 of this year.